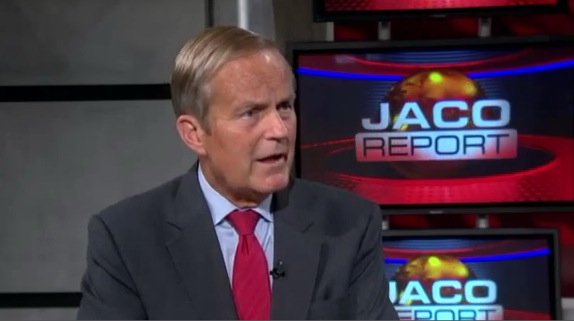 Congressman Todd Akin of Missouri is seeking to win the Missouri U.S. Senate seat in the election this fall. To do that, he will have to beat incumbent Claire McCaskill. When the issue of whether or not abortion should be legal when a pregnancy is a result of rape was raised in an interview on Sunday, many thought Akin’s answer was insensitive to the issue.

He said that pregnancy as a result of rape is “really rare,” explaining, “If it’s a legitimate rape, the female body has ways to try to shut that whole thing down. … But let’s assume that maybe that didn’t work or something. You know I think there should be some punishment, but the punishment ought to be on the rapist and not attacking the child.”

Senator McCaskill condemned Akin’s statement which seemingly classified some rape as “legitimate”, saying, “The ideas that Todd Akin has expressed about the serious crime of rape and the impact on its victims are offensive.”  She using this to garner support for her campaign, and even has a fundraising webpage set up to “beat Todd Akin and his anti-women policies.” President Obama condemned Akin’s statement, “[t]he idea that we should be parsing, qualifying, slicing what types of rape we’re talking about doesn’t make sense to the American people.”

But it’s not only his opponent that has expressed views condemning the statement.  Fox News reported that Presidential candidate Romney stated that Akin’s comment was “insulting, inexcusable, and, frankly, wrong.” Fox News also reported that if Akin remains in the race, the $5 million he was expecting from the GOP will not be made available to him.

Later on Sunday, Akin released a statement clarifying his views on the seriousness of rape:

As a member of Congress, I believe that working to protect the most vulnerable in our society is one of my most important responsibilities, and that includes protecting both the unborn and victims of sexual assault.  In reviewing my off-the-cuff remarks, it’s clear that I misspoke in this interview and it does not reflect the deep empathy I hold for the thousands of women who are raped and abused every year.  Those who perpetrate these crimes are the lowest of the low in our society and their victims will have no stronger advocate in the Senate to help ensure they have the justice they deserve.

He also however, is not backing down on his stand to protect the unborn, realizing that it may cost him some votes:

I recognize that abortion, and particularly in the case of rape, is a very emotionally charged issue.  But I believe deeply in the protection of all life and I do not believe that harming another innocent victim is the right course of action. I also recognize that there are those who, like my opponent, support abortion and I understand I may not have their support in this election.