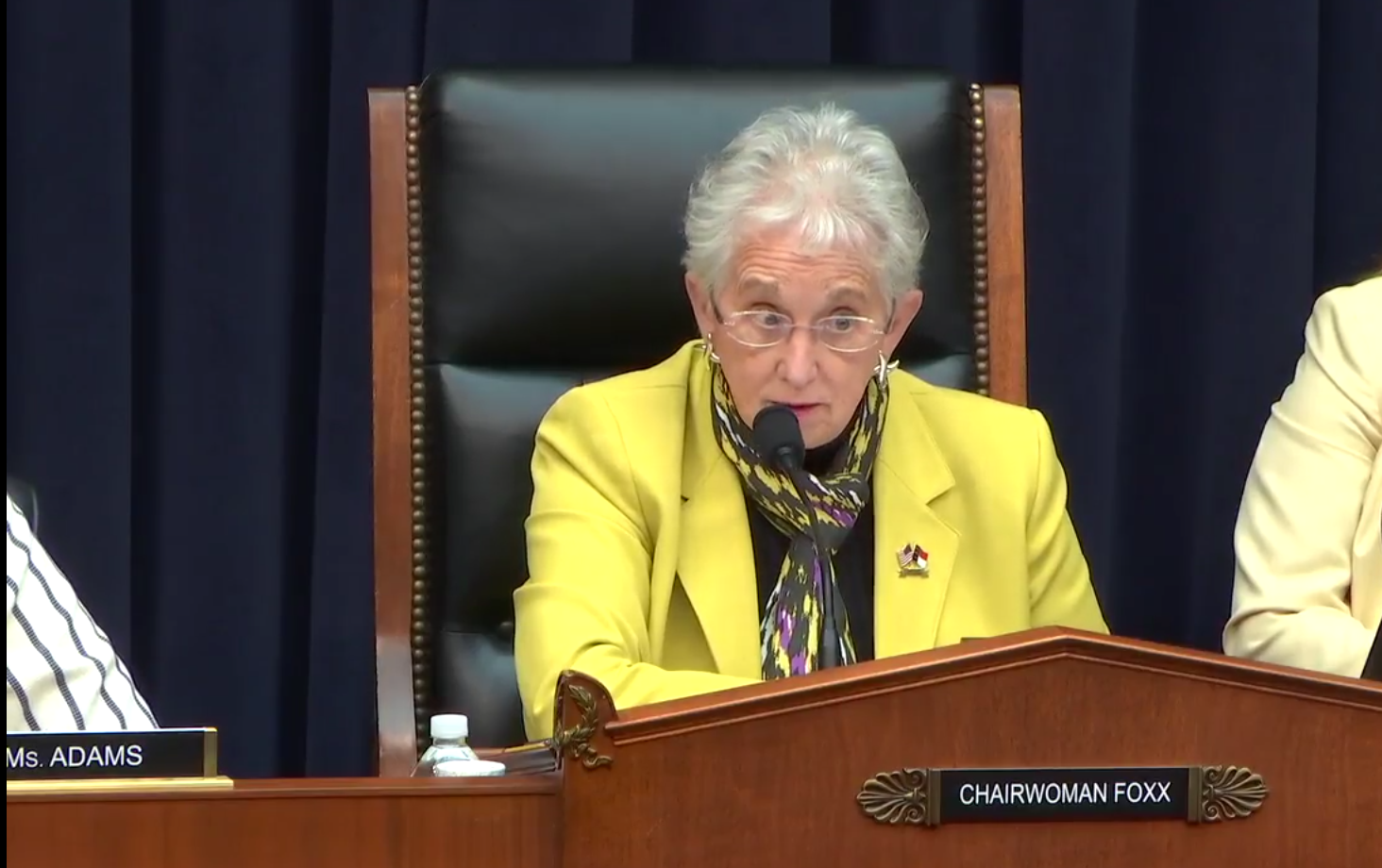 Today, less than a month after the news broke that six AmeriCorps workers violated the law by providing abortion-related services with federal funds, the House Committee on Education and the Workforce held a hearing on the violations. Chaired by Rep. Virginia Foxx (R-NC), the hearing, “Demanding Accountability at the Corporation for National and Community Service,” (CNCS)  focused on the federal agency that oversees AmeriCorps. CNCS’ leader was questioned on the lack of accountability that resulted in a federal agency using its money to support abortion – a violation of federal law.

Last month, the  Office of the Inspector General (OIG) investigated and found that AmeriCorps workers acted as “abortion doulas” or clinic escorts, and that federal grant money was used in the work. This is forbidden because of the agency’s federal funding status, and the policy is disclosed to all AmeriCorps workers.

Chairwoman Foxx opened the hearing with stern displeasure by addressing the CEO of CNCS, Wendy Spencer. She said, in part:

… Ms. Spencer, you have a responsibility to ensure the federal funds you receive – which is no small sum – are being spent in full compliance with federal law. That includes policies that prohibit the use of taxpayer dollars to fund abortion activities. We’re here today because the office of your Inspector General has reported one AmeriCorps grantee, the National Association of Community Health Centers, violated the law. As of today, this organization is still receiving taxpayer funds.

Foxx noted: “The most recent law reauthorizing CNCS programs explicitly prohibits the use of AmeriCorps resources to ‘provide abortion services or referrals for receipt of such services.'”

But Spencer testified that this violation was an aberration, limited to a select few.

“We are deeply disappointed” that a grantee directed these activities to happen.” -Wendy Spencer

Spencer said, in her testimony:

CNCS strives to create a strong culture of accountability and a  comprehensive system of risk-based monitoring and oversight to prevent and detect issues and enforce our rules.

The recent findings related to one AmeriCorps grantee was an  isolated incident involving 6 out of more than 1 million national service positions over the same time period, and we took swift and robust action to address the matter.

However, Deborah J. Jeffrey, Inspector General Corporation for National and Community Service, testified that there was no swift and robust action taken by CNCS:

CNCS was on notice that one of NACHC’s subgrantees was  performing abortions and involving AmeriCorps members in pre-abortion assistance. Yet neither the Program staff nor the Office of General Counsel asked the identity of the subgrantee, determined whether the pre-abortion support activities were “abortion services,” or selected NACHC or its subgrantee for focused monitoring regarding prohibited activities.

CNCS staff did not record in the grant file that NACHC’s subgrantee was performing abortions or having AmeriCorps members provide pre-procedure assistance.

As the hearing continued, defenders of AmeriCorps put forth evidence of the “good work” the large agency does. Rep. Jared Polis (D-CO) noted the work AmeriCorps members did following the 2013 Colorado flooding. Others commented on the many healthcare related services AmeriCorps volunteers provided to needy people in the nation.

Rep. Alma Adams (D-NC) not only extolled the good work of AmeriCorps, but attacked the hearing itself, saying, “This is all about an attack on women’s reproductive rights.” Adams then launched into her distatse for the House Select Panel on Infant Lives, and other federal committees investigating Planned Parenthood and abortion-related scandals. Adams said that should be the real conversation about wasting money, not some volunteers offering care to women getting abortions.

But Foxx wasn’t buying it. She answered that today’s hearing was in no way about women’s reproductive rights, but, instead, “is about an agency in federal government that is not being held accountable about how it spends money.” Foxx then scolded Spencer, detailing how her constituents expect their taxpayer money to be spent well, and how CNCS is not fulfilling that expectation in many cases. She added:

You can say you have a culture of accountability, but I’m sorry to say you have not described it well, in my opinion. If people who had worked for me had broken the law, I’d have no tolerance for them whatsoever. Zero tolerance… The law is clear: the  federal government is not going to support abortion services.

Spencer’s assertion that CNCS had held the workers accountable was not substantiated as far as Chairwoman Foxx was concerned. For example, Spencer said that every AmeriCorps member receives a list of prohibited activities under their service contracts, but she could not answer whether or not they are required to ever sign a paper showing they received it. To Foxx, there are too many loopholes in Spencer’s agency administration to account for this incident as being isolated. In fact, the hearing actually revealed that there are probably more than six workers who have been working as abortion doulas. However, these six were the only ones that had been verified at that point.

Spencer’s statements of concern over the abortion support were firm, and yet she argued that she would consider something called a “no-cost extension.” This would mean that AmeriCorp’s work would continue without additional funding; however, the existing funding would remain. Spencer indicated that may be a good way to continue doing the other “good works” the agency does. Chairwoman Foxx was appalled:

You seem to have a lack of concern about the violation of the law. Your consideration of a no-cost extension is very troubling to me. … This grant should be pulled immediately and under no circumstances should it be extended. And I hope we will get back a report from you that will fulfill that because when you allow the violation of law, in whatever category it is, then we start down a slippery slope in this country. We are governed by the rule of law, and we should all want to uphold that.

One theme from the hearing seemed to be that because AmeriCorps does good work in the nation by serving the poor and needy and by offering real health-care services apart from abortion services, and since this violation of the law was only on a ‘small scale,’ it would be wrong to pull the entire grant. If that rhetoric sounds a lot like the arguments about Planned Parenthood, that’s because it is the same argument. In the world of abortion, it’s okay to drink a little poison if the rest of the drink tastes good. Just as the abortion industry is prone to argue in every case of its own wrongdoings, AmeriCorps and its supporters argue that there are too many good services provided by these paid volunteers to pull a whole grant.

Chairwoman Foxx and others disagree. The law is the law, she says, and if a federal agency can’t uphold it, it should not be receiving taxpayer funding. Before we know it, a ‘little’ poisonous lawbreaking can easily become a lot, particularly when there are no consequences.