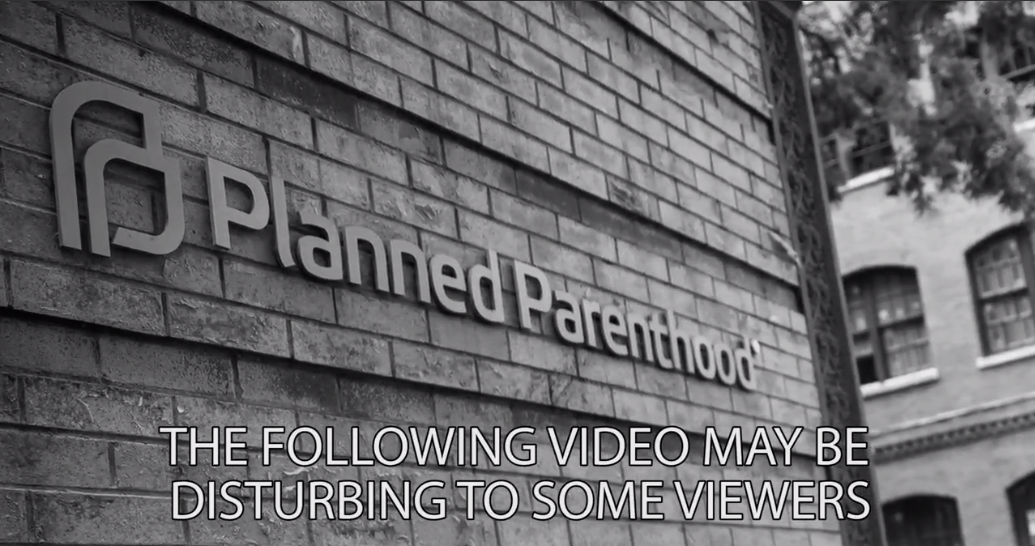 While Funny or Die released their video, “The Shocking Truth About Planned Parenthood” days ago, on August 6, it is now trending on Facebook:

The black and white video is very much mocking in tone about those opposed to Planned Parenthood who seek to educate the public of the real truth about the abortion giant.

The video starts off with a warning that “THE FOLLOWING VIDEO MAY BE DISTURBING TO SOME VIEWERS.” A creepy and dramatic voice-over says:

Planned Parenthood is supported by the state and federal government. But what kind of heinous activities are your tax dollars funding?

The video then turns to women in a studio sharing their experiences, who appear to have been crying, or be upset, anxious or angry. The first woman mentions:

I was pregnant when I first went to Planned Parenthood. And they led me down a narrow hallway into a little room filled with medical instruments and they gave me great advice for prenatal care.

The next woman in the Funny or Die video mentions that “[w]hen I first got there, I almost felt… welcome?” Sadly, many women have not had such welcoming experiences from Planned Parenthood, and even former PP employees can attest to this.

It’s worth mentioning that the number of preventative services like cancer screenings have actually gone down under the current CEO and president, Cecile Richards.

The second woman to speak in the video makes another statement later, claiming, “Planned Parenthood overwhelmed me with the ability to make my own choices.” Later adding, “without having to ask my Congressman.”

It is also worth noting that Congress has not tried to close down Planned Parenthood to prevent women from accessing services there, but rather has voted to defund the organization, so that it will operate by standing on its own like all other non-profits not funded with taxpayer money. Women don’t and won’t have “to ask [their] Congressm[e]n.”

Multiple women in the video also address how abortions will be paid for, to get at the point that taxpayer dollars do not pay for abortions. But money, of course, is fungible, so while taxpayer dollars are used for “contraceptives and family planning,” other funds are freed up for abortion services.

Another woman in the video also may confuse or mislead people about how abortion is funded when she says that “… it was privately funded.” A woman does not have her abortion – or any other service – “privately funded” for her when she goes to Planned Parenthood, as, unlike Federally Qualified Health Centers (FQHC), none of their services are free.

Towards the end of the video there is the claim that “97 percent of the services there aren’t even abortions.” While 327,653 abortions of 10,590,433 total services does come close to 3 percent, there is another way of looking at it: Planned Parenthood counts every pack of birth control pills and condoms as an individual service. Also, when clients come in, they are given other services in addition to abortion. These are not counted in the abortion percentage, but are certainly connected to the abortion visit.

If Planned Parenthood saw 2,700,000 customers at its affiliate health centers in the United States, this means that about 12 percent of its patients had an abortion.

Another line thrown out is, “you name it, they probably accommodate it. They’ll do anything,” Only they probably don’t if you’re not considering abortion or if you have no ability to pay.

Later still in the video many women mention the fetal parts scandal, though in a very one-sided manner, which hardly looks at the facts:

… They assist in embryonic stem cell research, which is used to find potential cures for diseases like cancer…!

… Alzheimer’s, and other stuff…!

Nothing in the video is actually disturbing, so it seems more likely that the “warning” at the beginning could be a way of mocking the undercover videos from the Center for Medical Progress, which also have such warnings, because they are actually disturbing. Many of the videos contain images of fetal parts and tissue from aborted babies.

Funny or Die is not just mocking the Center for Medical Progress, but those who are understandably disturbed by the content. This includes women who have suffered miscarriages or abortions before. This video manages to succeed in doing a disservice to such women then, as well as those who have shared actual, far less pleasant stories about Planned Parenthood.

Considering that Funny or Die is considered a comedy website, the video suggests that the issues of abortion and Planned Parenthood scandals are funny. But there is nothing funny about it.

Even for those who support abortion and consider it to be a complex issue should be offended by this video, which does more than blur the line between offensive and funny; it becomes nothing more than an insensitive gimmick touting Planned Parenthood:

The Shocking Truth About Planned Parenthood from Funny Or Die