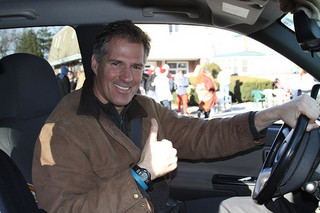 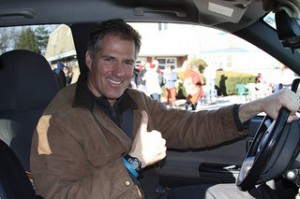 Senator Scott Brown – if only he’d give a “thumbs up” to the issues that truly matter. Photo credit: Beckwith-Zink (Diane) on Flickr

You may have to read the Daily Kos article at least twice to really understand what it’s saying. And that’s by no fault of the author, Joan McCarter. Instead, the subject matter is just plain out confusing and contradictory. Scott Brown, the Republican U.S. Senator from Massachusetts is, simply put, a pro-life mess. Or, you might prefer to call him a pro-choice mess. Seems that’s what he would prefer. Yeah, no matter how you phrase it, Scott Brown and abortion in the same sentence will never be a simple matter.

According to the Daily Kos, Scott Brown “says to anyone who will listen that he is pro-choice”. Indeed, while many Republicans rejoiced at Brown’s election, many conservatives were disappointed that he was and is a self-proclaimed pro-choicer. The Daily Kos reports:

Brown was asked by a report on Wednesday if he would pledge to ‘never vote in the Senate to curb women’s reproductive rights,’ and he responded, ‘I have a long record of this already.[…] I’ll promise that. I’ve already been on record on that.’

Brown’s own website goes into great detail, explaining just how pro-choice he is. Here’s a small taste:

Brown Sent A Letter To Reince Priebus, Chairman Of The Republican National Committee, Calling On The Party To Be More Inclusive On The Issue Of Abortion, Saying We Must Be A “Big-Tent” Party.

After reading those words – and many others – it may come as a great shock that the Massachusetts Citizens for Life have decided to support Brown. But that’s exactly what they’ve done. The Boston Globe details the story:

‘We consider him a senator who votes prolife,’ said Anne Fox, president of the Massachusetts Citizens for Life. ‘We have to take his word for it when he says he is prochoice. But what we’re looking for is someone who votes prolife, and he does.’

Brown said he would not reject the backing of Massachusetts Citizens for Life but reiterated that he considers himself a supporter of abortion rights.

Despite the fact that the National Right to Life Committee has given Brown an 80% rating on their most recent scorecard and despite the fact that Massachusetts Senate races are not known for solidly pro-life candidates, it still seems inconsistent for a pro-life organization to be backing a politician who claims to support Roe v. Wade and votes to fund Planned Parenthood.

Let’s put the 80% rating by the NRLC in context… The five votes that were rated by NRLC last session were not purely pro-life pieces of legislation. Three of the five related to ObamaCare – which Republicans overwhelmingly oppose, regardless of their views on abortion. Another of the five related to political free speech – again, not a purely pro-life issue. And finally, the one piece of legislation that Brown disagreed with pro-lifers on was perhaps the most important of all: a vote to cut off funding for Planned Parenthood. Brown voted to keep our taxpayer dollars rolling merrily into Planned Parenthood’s pile of blood money.

After that information, Massachusetts Citizens for Life’s backing seems all the more surprising. (Note that the Globe reports that MCFL does not consider their support to be a “formal endorsement.”) But Scott Brown wants to keep putting our hard-earned money into the back pockets of Cecile Richards and her horde of abortion doctors. He publicly states that he supports Roe v. Wade. He is proudly pro-choice, by his own descriptions.

I am not addressing the issue of whether or not Massachusetts citizens should vote for Scott Brown or not. But what I am saying is that, if we want to be taken seriously, pro-lifers should never try to convince the public that a self-proclaimed abortion supporter is actually pro-life in his heart. We should not act like it’s okay for any person – politician or not – to support Roe v. Wade, widely claim to be pro-choice, pledge to never vote to curb a woman’s supposed right to choose, and vote to give our money to Planned Parenthood.

Scott Brown is not pro-life, and he should not be represented as such, especially by a pro-life organization. Period.