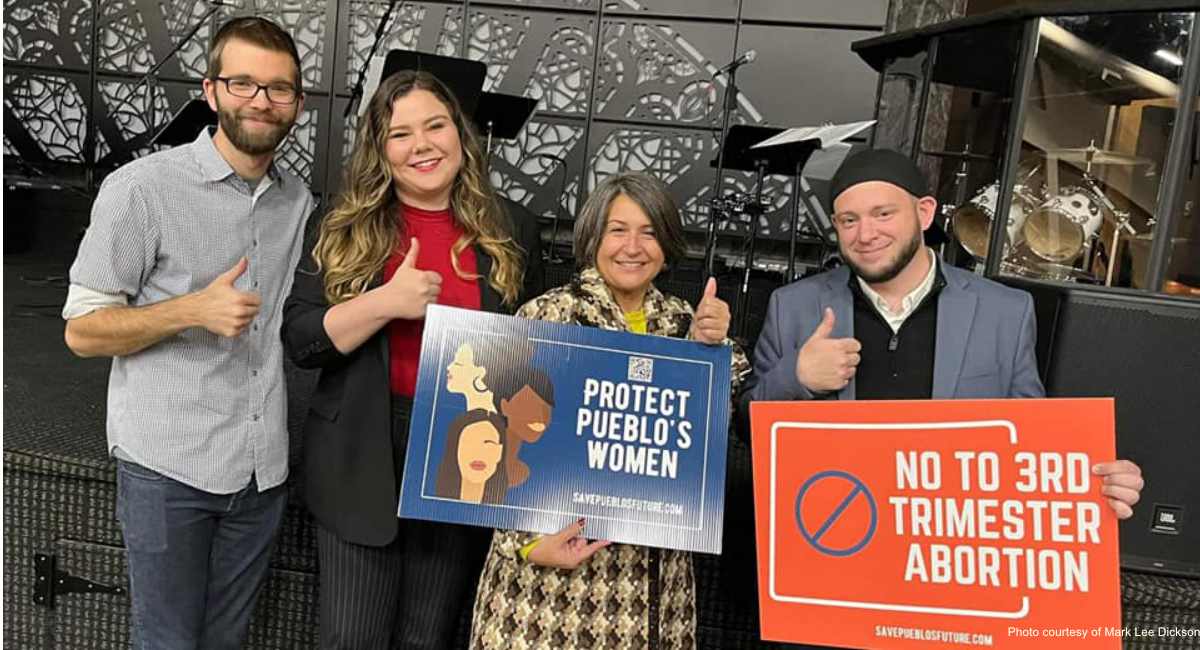 On Monday, November 21, over 400 Coloradans gathered together at Family Worship Center in Pueblo, Colorado (pop. 112,368), for a Sanctuary Cities for the Unborn Interest Meeting. The event was scheduled only five days prior due to the coordinated efforts of Forging Pueblo, Right To Life of East Texas, Students For Life of America, and various other pro-life organizations and churches.

The meeting was the result of a council meeting which took place on Monday, November 14, where citizens of Pueblo packed their city council chambers to let their leaders know that they did not want an abortion facility to open up in their community.

The front page of Carhart’s C.A.R.E. Colorado website is also more clear about the reason why Carhart is planning on opening up a facility in Pueblo, Colorado. The website reads:

CARE is located in two states currently; Maryland and Nebraska. We have seen the patient volume increase drastically, and the distance patients travel for their abortions has also increased. Unfortunately, we can no longer meet the volume demand in Nebraska. Along with this, the state of Nebraska is discussing a 12-week abortion ban and the city of Bellevue has a petition to ban all abortions within the city.

For these reasons, our clinic is raising money to open a new 1st and 2nd-trimester abortion clinic in Pueblo, Colorado, so that we may assist the many patients who struggle with accessing appointments and traveling great distances for their abortion. We must ensure that we will maintain access in the Midwest should Nebraska lose access.

Pastor Quin Friberg, who organized the event at Family Worship Center on Monday night, believes that Carhart may intend to provide abortions later than 24 weeks. Friberg shared, “We know that Carhart intends to help women in Colorado obtain 3rd trimester abortions because he has a page on his website offering abortion services after 27 weeks.” A page on Carhart’s website under the heading “Third Trimester Abortion Colorado” reads, “our mission is to provide late term abortions in Colorado for those who dont have access.”

Carhart, who is one of the leading late-term abortionists in the nation, has a history of fighting for late-term abortions and was the leading voice for partial-birth abortions. A partial-birth abortion is a procedure, guided by ultrasound, where an unborn child is delivered past the point of their navel and then killed by either by being stabbed in the head with a sharp instrument or having their skull crushed with forceps.

The Sanctuary City for the Unborn ordinance uniquely drafted for the City of Pueblo, was presented at the Monday night meeting by a director of Right To Life of East Texas and a regional manager for Students For Life of America. Like the ordinance which was passed in Hobbs, New Mexico, on November 3rd, the Pueblo ordinance requires compliance with federal laws on abortion — specifically 18 U.S.C. §§ 1461–62. Unlike the ordinance passed in Hobbs, the Pueblo ordinance is written to address the Reproductive Health Equity Act (RHEA) which was passed by the Colorado Legislature in March 2022 and signed by Governor Jared Polis in April 2022. 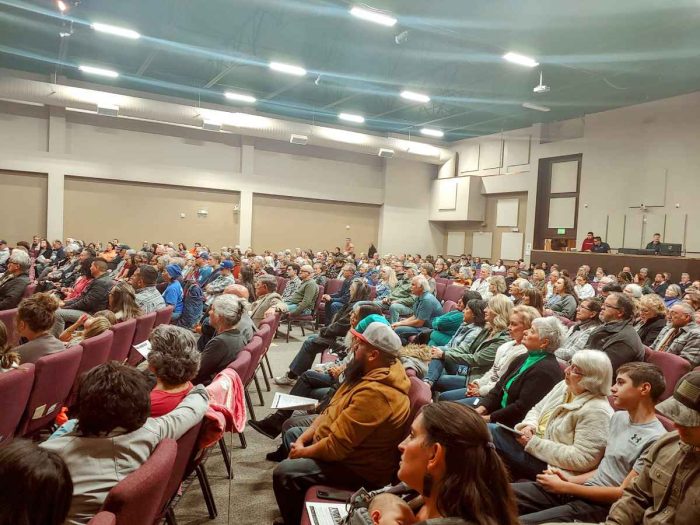 The six findings of the Pueblo Ordinance read:

(1) Federal law imposes felony criminal liability on every person who ships or receives abortion pills or abortion-related paraphernalia in interstate or foreign commerce, see 18 U.S.C. §§ 1461–62, and all such acts are predicate offenses under the federal Racketeer Influenced and Corrupt Organizations Act (RICO), see 18 U.S.C. § 1961.

(2) The Constitution and laws of Colorado do not and cannot secure a right, privilege or immunity to act in violation of federal criminal statutes such as 18 U.S.C. §§ 1461–62, or to engage in criminal or racketeering conduct as defined by federal law.

(3) The so-called “fundamental right” described in section 25-6-403 “to have an abortion and to make decisions about how to exercise that right” does not and cannot encompass conduct that violates federal criminal statutes such as 18 U.S.C. §§ 1461–62.

(4) The members of the City Council are bound by oath to support and defend the Constitution of the United States, and the statutory provisions codified at 18 U.S.C. §§ 1461–62 are the “supreme Law of the Land” under Article VI of the Constitution and must be obeyed and respected by every person within the city of Pueblo and by every judge in the state of Colorado. See U.S. Const. art. VI (“[T]he Laws of the United States . . . shall be the supreme Law of the Land; and the Judges in every State shall be bound thereby, any Thing in the Constitution or Laws of any State to the Contrary notwithstanding.”).

(5) We call upon the United States Attorneys for the District of Colorado, both present and future, to investigate and prosecute all abortion providers and abortion-pill distribution networks under 18 U.S.C. §§ 1461–62 and the Racketeer Influenced and Corrupt Organizations Act (RICO).

(6) We call upon victims of abortion providers and abortion-pill networks to sue these criminal racketeering enterprises under civil RICO.

Friberg, shared, “Some people wrongly assume that just because we live in Colorado, the passage of an abortion ban in Pueblo, Colorado is somehow off-limits. However, with the help of the Sanctuary Cities for the Unborn Initiative carefully drafting an ordinance for our community, residents throughout Colorado are realizing that no state is off limits — not even Colorado.”

Over 400 residents of Pueblo are expecting their Mayor and City Council to consider the ordinance, specifically written for the City of Pueblo, in the near future. The Sanctuary Cities for the Unborn Initiative is encouraging residents in “blue states” who want to see abortion outlawed in their community to sign the online petition for their communities.