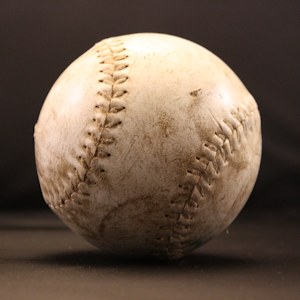 Twenty-four-year-old Brooke Foster is a senior at the University of North Texas, where she plays softball. She is also a mom to an adorable four-year-old, Layton. And she does an impressive job with all three.

Brooke began her college career at Houston Baptist University, where she had received a scholarship to play softball. At the time, softball was the driving force behind her decision to go to school. What she would do after school, or why she was in school – besides to play ball – still eluded her. But just a few months into college, she was no longer asking the same questions.

Unexpectedly pregnant in 2009, Brooke moved back home before completing her freshman year in Houston. She recalls the events around the time of her pregnancy as difficult, and at first she had to reassemble her life plan to fit her new circumstances. According to ESPN:

She dropped out and moved back to Wylie, although the turn of events left her estranged from her mother and father.

Those were the darkest days, when she was adrift and terrified. She had no idea what was coming, had never had baby siblings or even cousins. But she reconciled with her parents as the pregnancy progressed, moved in with them and took on a full-time job at a local pharmacy – it became a point of pride for her that she paid for her own doctor’s visits.

Brooke gave birth to her son on August 21, and was unsure of what the future held for her and Layton beyond that point, but he gave her the impetus to seek a stable life for the two of them:

Brooke says she “was determined to be a really good mom.” In 2010, despite having been absent from softball for two years, Brooke decided to give college and her sport another try, this time with a clear picture of what she wanted out of both: stability and success for the sake of her son. Her dad told Brooke that she would need to pursue her education close to home this time, so that they could work out the logistics of caring for her son together. When Brooke contacted UNT, there were no scholarships remaining for the year, but she was invited to come out and try as a walk on. Balancing school, softball, and motherhood was not easy, but Brooke had established herself as a committed individual since becoming a mom:

Still living in Wylie as she started school at North Texas in the fall of 2010, Brooke would wake up before dawn to make the hour drive to Denton for weightlifting and conditioning. When practice ended, she would get back into the car and make the return trip, which took twice as long in the throes of evening rush-hour traffic. It was like that five days a week because starting from scratch academically, she had little leeway with her schedule (with the help of her academic adviser, she has been able to cram her classes into two or three days in subsequent semesters).

Most of the time, Layton stayed with babysitters while Brooke was at school and practice. But when babysitters fell through, Layton tagged along wherever his mom needed to be:

She has taken him to weights or conditioning when a babysitter falls through. He generally spends his days at an in-home daycare in Wylie, picked up by his grandparents while Brooke makes the trip back from Denton, but it isn’t uncommon to see him sitting in the dugout – tablet in hand – during practice, either.

“She’s always, always, always Layton’s mom,” said North Texas senior Ashley Kirk. “I just love seeing that, and how you can tell how much she loves him and how much she’s given up for him to be here, to do this.”

Brooke’s college education will undoubtedly be an advantage to the future of both mother and son, but the experience of determination and fortitude that Brooke showed in going back to school will likely prove to be just as beneficial in surmounting whatever challenges lay ahead as a single mom.

I will never let anybody tell me that I can’t do anything because not one person told me I could do this, and I’m doing it,” Brooke said. “I think [Layton] is going to be proud of me, and I think it’s going to say a lot for my family because my whole family had to go through this situation. It wasn’t just me.