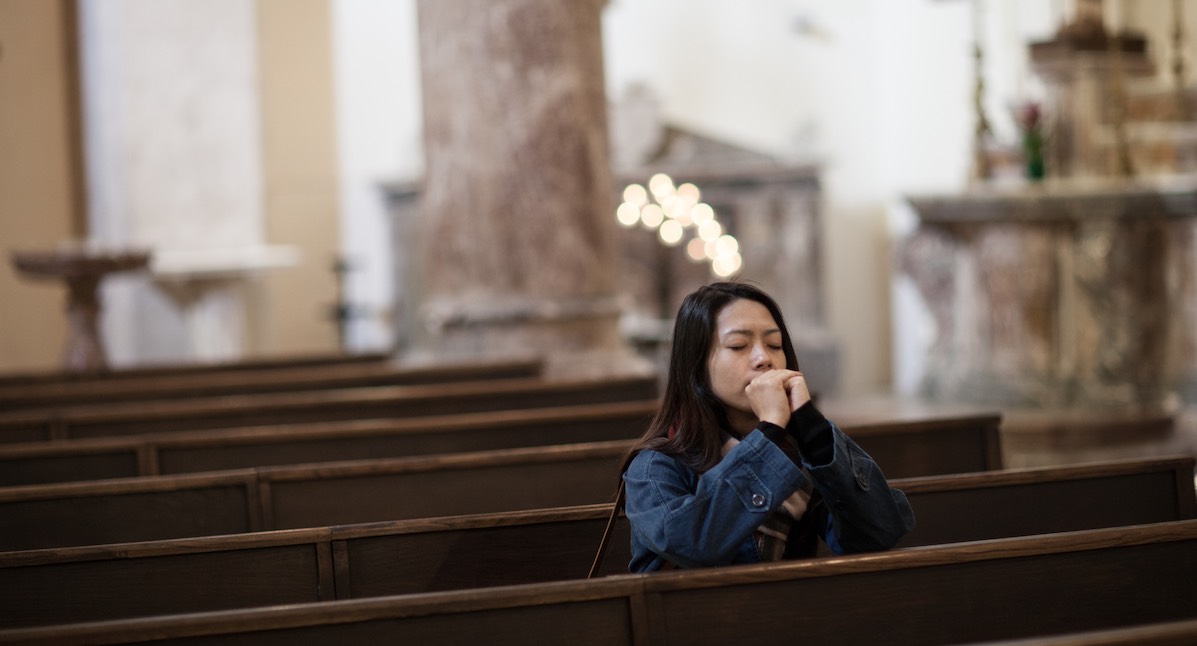 (JulieKlose.com) In advance of the election, many faith leaders weighed in with their opinions about the presidential candidates. Abortion was a focus of many articles, tweets, and videos. As Christians who embrace the sanctity of life of the unborn, we were faced with two candidates with opposing abortion beliefs: protecting life in the womb or expanding elective abortion up to 40 weeks of pregnancy and even infanticide. The choice seemed clear, yet many faith leaders added their nuanced positions regarding the candidates.

What is the church to do with or think about these diverse opinions from prominent pastors and faith leaders, many of whom we trust for their spiritual counsel?

Although, at times, we do need biblical guidance from pastors and Christian leaders, what is often neglected are the perspectives of those who have experienced the pain of abortion, who have worked in abortion clinics, and those on the frontlines in pregnancy centers who counsel women and men, daily, facing the crisis of an unplanned pregnancy.

Are faith leaders willing to step down from their pulpits and open space on their platforms to highlight these voices?

Kelly was a freshman in high school when she snuck out in the middle of the night to attend a party with friends. After years of being bullied and teased in school, Kelly was finally finding acceptance in certain social circles. It was her first party. But, by the end of that night, she was raped by one of the most popular guys in school.

The next day was Sunday. Kelly got up and attended church with her family. She needed to confide to someone the tragic events of the night before. Her youth pastor was someone she felt she could trust. “See, if you had never snuck out, gone to that party, and gotten drunk, that would never have happened,” her youth leader coldly responded. That comment cut Kelly so deep with shame and condemnation that, at that moment, she questioned how God could ever love her. From that day forward, the church was not a place to fail or make a mistake, and it was not a safe place for Kelly Lester.

Freely giving away what was taken from her, Kelly then found herself pregnant at fifteen. Her boyfriend’s mother drove her to an abortion clinic, placed a wad of cash in her hand, and sent her into the clinic alone.

“That day changed my life,” Kelly remembers. “They say pregnancy can ruin your life, but that day—in the abortion clinic—ruined my life.”

During the next fifteen years, Kelly would spiral into the deepest pit of her life: drug and alcohol addiction, anorexia, suicide attempts, feeding the depths of her pain with men and sex, and regretfully three more abortions.

On that Sunday, when the youth leader condemned Kelly rather than biblically counseling and loving her through her trauma, it was a lost moment for that church and pastor. “Many of the decisions I made after that day was my search for a safe place,” Kelly admits. “Looking for that guy who would protect me. Working at an abortion clinic wanting to help women find a safe place to help them with what I had experienced. People in crisis form their own safety nets no matter if it is a net that surrounds them in sin and dysfunction.”

For fifteen years, Kelly believed that the church was not a place of safety. According to a Pew Research study, in 2019, only 4% of sermons shared online on U.S. church websites discussed abortion. And if they did address the topic, it was rarely mentioned again. It’s a sad commentary on the state of the evangelical pulpit when it’s estimated that two out of every five abortions happen to women who attend church.

The influx of Christian voices regarding the election only seemed to heighten the tensions around the political issue of abortion. On a post-election podcast, “Veggie Tales” creator Phil Vischer stated the following:

Elections are important, and as Christians, we should vote our biblical values that protect the sanctity of life in the womb, but at the end of the day, it is your community and church that makes the most difference.

David French recently wrote about the importance of local engagement and how we often put more importance on national politics within the pro-life community: “We’re most passionate about the president. Yet too many of us are less interested in the crisis pregnancy center down the street. Without forsaking national politics, we can reverse that intensity, and if we reverse that intensity through loving, intentional outreach, we will reinforce the very decision the data and our experience tells us a woman wants to make.”

Are we losing critical moments because too many faith leaders add their voices to national politics without highlighting the role of the local church and pregnancy resource centers? Are we losing young women from our congregations because the church does not talk about abortion or provide a safety net in crisis?

“It’s easy for people to make a hypothesis regarding abortion. But when you have lived it, you don’t have to hypothesize about these things,” Kelly acknowledges. “It’s not a political issue or a moral issue, but a real woman’s life, where she is trying to figure out how she is going to make it to the next day. When you understand that, it changes your perspective.”

God has given many prominent faith leaders public platforms to share biblical wisdom over political and moral issues. But what if they shared their pulpits to highlight testimonies like Kelly Lester’s that speak directly about abortion from personal experience.

Planned Parenthood, the largest provider of abortions, uses words on their website like ‘safe,’ ‘safety net,’ ‘care,’ and ‘support’ because women in crisis are searching for that safe place. As followers of Christ, we can be that place of refuge through our words, the care we provide, and by sharing the gospel that brings life.

“Being a safe place does not mean we allow people to stay in their sin. That’s not safe either,” admits Kelly. “Sin brings death and destruction, but the gospel of Jesus Christ brings about a heart change. If the church is not a refuge for those in crisis, the thousands in our pews won’t feel safe sharing their dark secret of abortion that has haunted many of them for decades. Some of these men and women sing in our choirs and even preach in our pulpits. Shame has kept them silent for too long. If the enemy can’t have your life, he will try and steal your identity in shame.”….

Author bio: Passionate about the issue of life, Julie Klose is a freelance writer and blogger at JulieKlose.com. She is the author of Giving Hope An Address: The Teen Challenge Legacy Story and co-author of She Found His Grace: A True Story of Hope, Love, and Forgiveness after Abortion.

Editor’s Note: This article was published at JulieKlose.com and is reprinted in part here with permission.