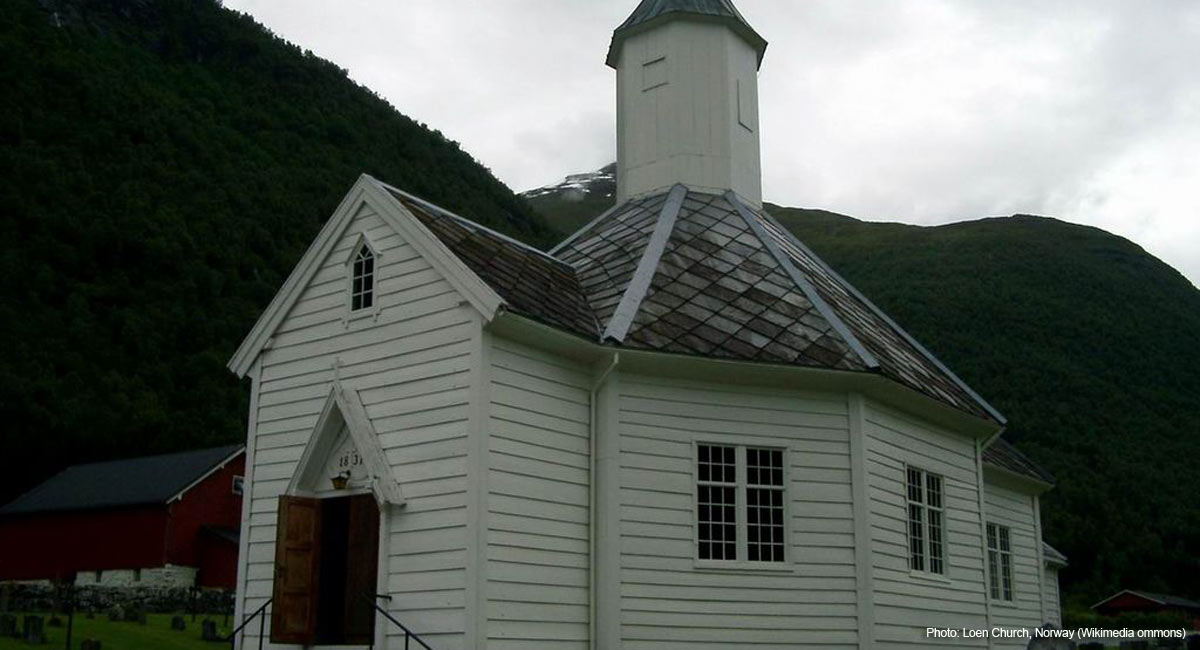 In Norway, the largest Christian denomination is the Church of Norway, with an estimated 70% of Norwegians registered as members. Originally, the church was the official religion of Norway, with mandatory membership, but today, the church and the state have become separated. The church has likewise historically been pro-life, while Norway allows for legal abortion. However, the bishops of the Church of Norway recently released a statement actually apologizing for the church’s pro-life stance and stunningly (and incorrectly) claiming that abortion “promotes women’s health, safety and security.”

“When the law of self-determined abortion was dealt with and adopted in the 1970s, the church was a clear opponent of the changes that were introduced,” the statement began. “Priests and others were strong and clear in their criticism of the law for the purpose of protecting the unborn life. Today, we realize that the church’s argumentation did not allow for a good dialogue. It’s time to create a new conversation climate. We want to contribute to that.”

The new conversation, evidently, means acknowledging that abortion needs to be legal, despite also arguing that preborn babies are, indeed, human beings deserving of protection. The statement read, stunningly:

A society with legal access to abortion is a better society than a society without such access. It prevents illegal abortions and promotes women’s health, safety and security. It is not least evident in a global perspective. Internationally, we see that churches are still contributing to the burden of many pregnant women in vulnerable positions.

In Norway, abortion is legal through 12 weeks, and can be approved through 18 weeks if a woman files an application (most of which are approved). More bizarrely, the church still apologizes for not being committed enough to “women’s liberation and rights.”

We acknowledge that the church has to a small extent taken over the situation that many pregnant women have been in, and has also failed to give credible expressions of understanding for women’s experience and the challenges women have experienced. On the contrary, the church, as an institution throughout history, has shown a lack of commitment to women’s liberation and rights. We are sorry. As a church we must change our way of talking about abortion and how we care for people who are affected.

The Church of Norway now essentially argues that while they continue to believe the lives of preborn children are worth protecting and saving, legalized abortion has led to a decrease in overall abortions, which therefore means abortion should remain legal. The country is currently in such a fertility decline that the government is encouraging families to have more children.

A common pro-abortion argument is that to decrease the number of abortions, banning abortion is counter-productive. But the problem is, this is a false argument.

The CDC has been tracking abortion rates since 1969, four years before Roe v. Wade, with the first abortion surveillance report released in 1970. That year, there were 193,491 abortions reported nationwide. In 1974, the year after Roe v. Wade, there were 763,476, with numbers that continued to steadily climb for decades until the late 1990s, when a sizable drop is shown between 1997 and 1998. This, however, is because all 50 states reported their abortion statistics to the CDC until 1997, and after that, some states stopped reporting — states like California, which has some of the most permissive abortion laws in the country.

Michael New, who holds a doctorate in political science from Stanford University and is a fellow at the Witherspoon Institute and adjunct scholar at the CATO Institute, likewise debunked this claim. New points out that the studies widely referenced by abortion activists, such as a March 2018 study published by the pro-abortion Guttmacher Institute, do not control for poverty rates, economic growth, demographic shifts, or other factors. Only one study, published in “The Journal of Law and Economics,” did. New writes:

In their study, Levine and Staiger used time series-cross sectional data to analyze how the legal status of abortion impacted abortion rates in a range of Eastern European countries. The authors hold constant economic growth, the inflation rate, and the age composition of women of childbearing age. Their findings provide overwhelming evidence that the incidence of abortion is affected by its legal status. They find that countries where abortion is legal only to save the mother’s life or for specific medical reasons have abortion rates that are only about five percent of the level in countries in which abortion is legal on request.

Furthermore, the results indicated that even modest abortion restrictions have an impact. Countries where abortion is legal only due to medical or social reasons have a 25 percent lower abortion rate than countries where abortion is available on request. This impressive dataset from a range of countries, many of which enacted policy changes regarding the legality of abortion in the late 1980s and early 1990s, clearly demonstrates that legal protections for the unborn save lives.

The Church of Norway’s statement does acknowledge some legitimate wrongdoings — denying children born out of wedlock baptism, for example — and rectifying those wrongs is absolutely necessary. Women experiencing unplanned pregnancies need support, compassion, and love from their communities, especially their faith communities. But the Church of Norway does not need to apologize for being pro-life. If protecting all human life, including preborn lives, is their priority, then they cannot support legalized abortion. Contrary to what abortion activists would have us all believe, legalizing abortion does not decrease abortion rates. It increases them, and laws that put restrictions on abortion save lives.