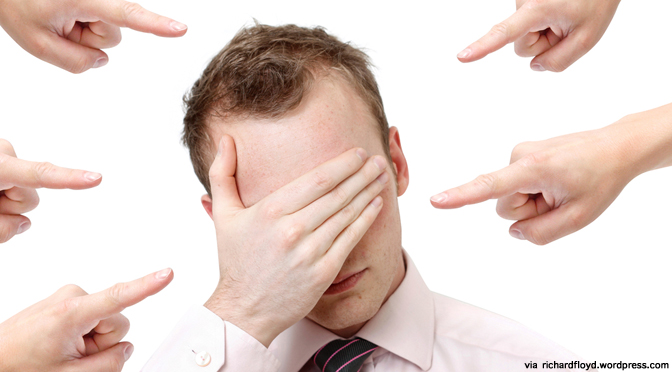 It’s clear that Ashley M. Gorman is a Christian.

But from a recent post, it’s a little more confusing where she stands on the life issue. And what’s also disquieting is that Gorman seems  to regard Planned Parenthood as some kind of necessity, since she claims it “has been meeting a need that the church has ignored.”

If Gorman is a pro-lifer, she certainly isn’t doing a sufficient enough job convincing her audience with these points.

Such a critical point about the church is a bold one, yes. But Gorman is using her boldness in the wrong ways.  The focus of her article seems to be convincing her audience that if Planned Parenthood is defunded, Christians will have to take care of all those children who are born.

It will take some work, and nobody is disputing that. And perhaps we could all do a better job, the  church included. But that Planned Parenthood needs to be held on a pedestal, even if it’s just a wobbly one, is not the answer.

Gorman is aware of the horror shown by the videos showing top employees of Planned Parenthood, which – it can never be repeated enough – still gets our taxpayer dollars. She acknowledges this from the start of her piece. And yet that’s not enough for Gorman to come out and declare that such an organization doesn’t deserve one more penny of federal dollars for one more day.

It’s not that Gorman is unaware of the issue, or of pro-life efforts. She doesn’t have ignorance as an excuse. She may have trouble with fully understanding, though, how integral the crisis pregnancy centers and adoptive parents are that she mentions.

She does give them lip service, in that they get a few sentences of praise. There is a “but,” though, and it’s directed at the rest of us who she claims haven’t done enough. And to advocate that Planned Parenthood remain funded, rather than distributing that money to more deserving health centers, again, heaps praise on a very undeserving Planned Parenthood.

There are also points in her piece where Gorman sounds like she is just repeating pro-abortion accusations she’s heard. For instance:

It seems most pro-lifers are really just pro-birthers. They simply want the baby to be born, but when it comes to involvement in the quality of life for the baby or the mom, the majority of Christians don’t really care in an obvious or measureable [sic] way.

Gorman uses phrases like, “it seems” and “the majority of Christians.” But where is Gorman getting her evidence? Planned Parenthood doesn’t care about babies, other than the money they’re making off of killing them. Now, that much is clear.

The evidence is also clear that these pregnancy centers, which Gorman does acknowledge and praise, also provide care for mother and child once the baby is born, sometimes for years after.

Granted, this is a faith blog, but if it’s Christians who apparently aren’t doing enough, let us acknowledge the efforts of someone, anyone, but Planned Parenthood. That includes non-Christians, too.

Fellow Christians should be against abortion and regard life as sacred because of faith, but not only for that reason. If respect for life – born and preborn – was an exclusive tenet, then only Christians would be expected to be pro-life. It’s fortunate for our movement that basic biology backs us up on this.

Gorman perhaps does make some good points in her blog, but she misses the most important points, in that the sanctity of life is nowhere near stressed. Instead, the blame game is placed all on Christians and pro-lifers and none on Planned Parenthood, the real perpetrator of violence against human beings yet to be born.

Furthermore, all of Gorman’s points could have been made without advocating for Planned Parenthood to remain funded with federal dollars, and without granting even an ounce of praise to an organization that kills children and harms women. There are at least 13,000 other options.