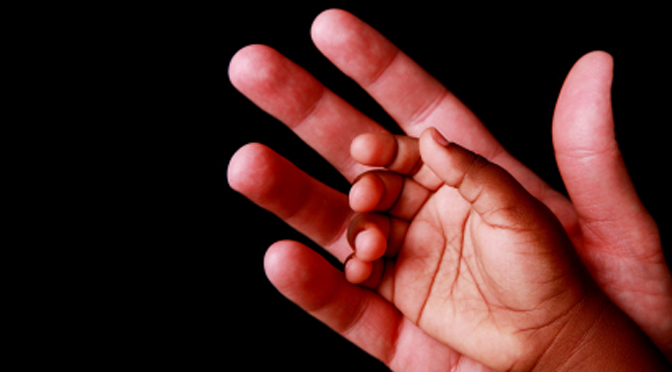 In a September op-ed for Time magazine, left-wing activist Sarita Gupta talked about some of the struggles that single mothers face:

Patricia is a single mom whose job at a big-box store pays $13.20 an hour. Even though Patricia works full time and earns more than the national minimum wage, she still relies on food stamps and food banks in order to feed herself and her daughter. “After I pay my rent, I have to decide which bills I absolutely must pay that month,” she said. Like many American women who are often the key breadwinners for their families, Patricia lives one unanticipated event—a layoff or a medical emergency —away from extreme poverty.

So how can Patricia’s daughter be protected from “extreme poverty?” Simple: kill one of her siblings.

That’s what Gupta contends, anyway. It’s her rationale for supporting the Equal Access to Abortion Coverage in Health Insurance (EACH Woman) Act. Introduced by Rep. Barbara Lee (D-CA), it would force insurers to cover abortion. Apparently that’s the best way to keep women from “losing their jobs when their employer learns they are pregnant” – as opposed to enforcing existing laws against pregnancy discrimination or fighting for new ones.

But it’s true that significant challenges (financial and otherwise) do come with bringing up a surprise son or daughter. Thankfully, you don’t have to take them on. Because even if you can’t raise your baby, there are plenty of people who can. And the good news is, they aren’t hard to find.

Thanks to a shortage of adoptable infants, some aspiring parents have gone looking online. One popular website is called Adoption.com, and it allows couples who have been approved by a licensed adoption agency to create a profile page. There they can post pictures, contact info, and a personal bio explaining what they have to offer. That can include a willingness to involve the birth mother in a child’s life, and even biological grandparents, too.

Some are also ready to help shoulder the expenses that carrying a child brings. Additional aid is available through pregnancy care centers – places where pregnant women facing difficult circumstances can turn. Along with offering bilingual information about pregnancy related matters, OptionLine.org features a help center locator that women can use to find one in their area.

Many of those centers belong to a network called Care-Net, an organization that provides women with free pregnancy tests, pregnancy information, and material support. Some facilities are also equipped to offer testing for sexually transmitted infections, ultrasounds for pregnancy confirmation, and consultations with licensed medical professionals.

Sarita Gupta is correct in saying women face serious hardships when they can’t “afford to raise and provide for another child.” However, ending that child’s life isn’t the answer. That’s why it’s a good idea to speak to your Congressional representative and explain that pro-abortion legislation isn’t what America needs.

Meanwhile, if you’re carrying a son or daughter you can’t take care of, then there are some hopeful couples who want to speak with you. Because as they’ll be happy to explain, choosing life doesn’t always mean choosing to raise a baby.