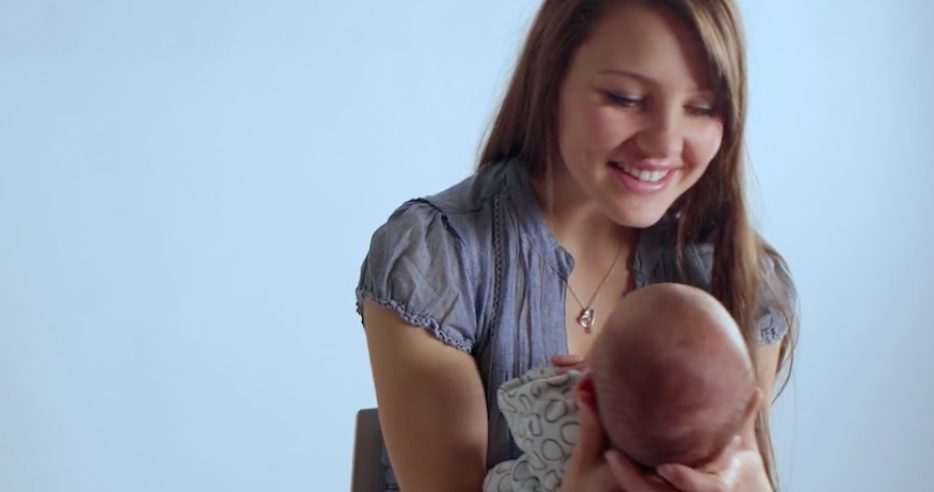 In a moving video, a young mother shares the story of finding herself pregnant at just sixteen years old. Darby explains taking the at-home pregnancy test and being in a state of disbelief, almost as if the positive test were a joke. She shares:

I didn’t really believe it was real still. You’re kind of, ‘haha, this is funny, good joke.’ But then I went into the doctor’s office to get the official ‘yes, you are for sure pregnant.’ That was when the tears kind of came flooding in and the emotions were suddenly heightened.

Darby knew she had three options: parenting, adoption, and abortion. Her doctor told her that she had seen many women who ended up regretting their abortions, but not once have I ever met a single mother who has ever regretted having their baby. Darby didn’t know what to do. After a few weeks she was leaning towards abortion, and she was inclined to believe the lies of the abortion industry, which said her baby was just a mass of cells and not a human.

But Darby ultimately decided against abortion and chose life for her son.

It’s pretty amazing that you can love someone so little, so much. I just can’t imagine not having him here with me today, and what I would be doing if he wasn’t in my life right now. I think I’d be very lost and wondering this November, ‘where was my baby?’ Life is a wonderful gift. We can never take it for granted or put ourselves in a position where we can be the controllers of life.