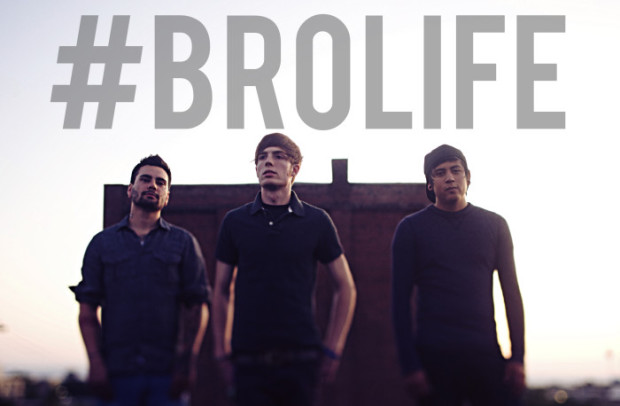 Men, it’s time to man up. There is a new movement in America, and it’s called “bro-life.”

Women have long been allowed to talk about abortion. But for men – the topic has been taboo.

Abortion advocates silence men from speaking out against the greatest human rights violation of our time. They claim men – more specifically, pro-life men – cannot speak about abortion because “it’s not their bodies and not their choice.” Nevertheless, isn’t it ironic how men who favor abortion have the privilege of having a voice in the discussion?

Recently, we have heard much talk about the “Bro-Choice” movement, which sadly consists of men pushing for abortion. Simply put, bro-choice is men’s right to use women.

Your sex life is at stake.

Can you think of anything that kills the vibe faster than a woman fearing a back-alley abortion? Making abortion essentially inaccessible…will add an anxiety to sex that will drastically undercut its joys. And don’t be surprised if casual sex outside of relationships becomes far more difficult to come by.

It’s clear: if the Legislature basically takes away a…woman’s right to choose, having sex becomes a much, much riskier proposition for women and men.

And recently, we’ve seen what bro-choice looks like manifested in the life of JJ Redick.

Choice USA released a pledge for “bro-choice” men to sign which called for men to have “the courage to speak out against injustice, even at the risk of being alienated,” and be “an authentic ally to women” as “part of the solution.”

I could not agree more. Men must speak out about injustice, and their support is essential to ending the injustice at hand. However, where they go wrong, is what they define as the injustice. From there, the entire movement crumbles.

The real injustice is the holocaust of pre-born babies killed by abortion. The truest measure of any society is in how they treat the weakest and most vulnerable. Who could be more vulnerable than a pre-born child? A mother’s womb should be the safest place for human life, but in our society today, this innocent, vulnerable life is not safe. It is legal to dismember unborn children, limb by limb, and bro-choice men are advocating for this practice so that they can have as much casual sex as they want, without consequences. Sorry, bros, that’s not how the world works. 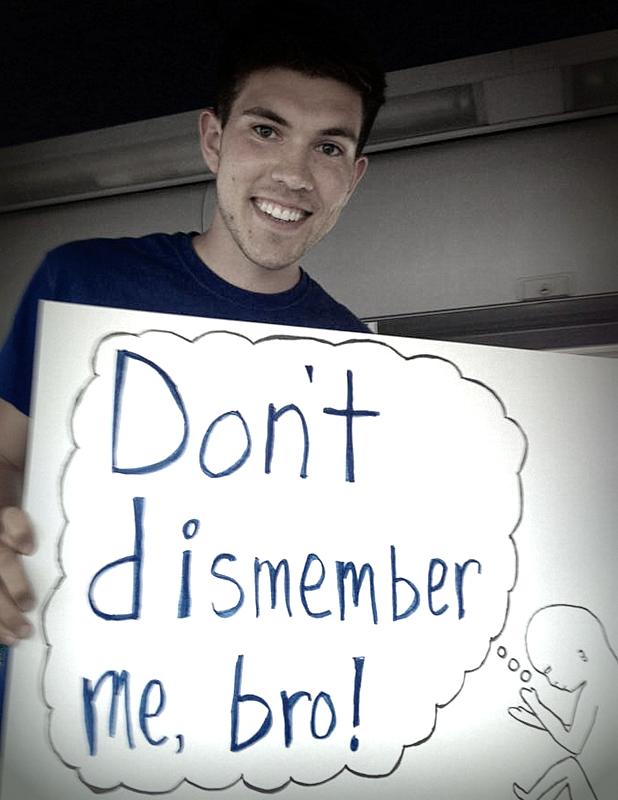 That’s where the bro-life movement comes in. We’re taking a stand. We’re building a culture of life. Recently, Counter Cultured released a new video featuring a diverse group of men explaining why they are pro-life. Generation Life has also released a video called, “Be Courageous,” and this is what the bro-life movement is all about. We are a movement of courageous men who are willing and ready to stand up for the respect of women and children.

The majority of our generation is pro-life; this includes women and men. Since Roe v. Wade in 1973, we have had a different experience than our elders. We’ve seen the 3-D ultrasounds of our brothers and sisters. We’ve googled abortion and seen the bloody images. We all know somebody who has been hurt by abortion – our mothers, sisters, friends or our girlfriend. We want to empower women – let them know that they can raise a child.

It’s time for men to stand with women – not just for one night but rather all the time. If you are willing to sleep next to them, why not STAND next to them? Men need to be more than a partner in conception (or a partner in bed). They need to be partners in life, love, and relationships. Men need to uphold the true values of life and respect by supporting a woman beyond a 4-post bed…A REAL man does not abandon his woman; a REAL MAN does not dismember his own child.

It comes down to this…Abortion hurts women and kills children. Women deserve better than abortion and bro-choice men.

Come at us, bro! Join the bro-life movement.