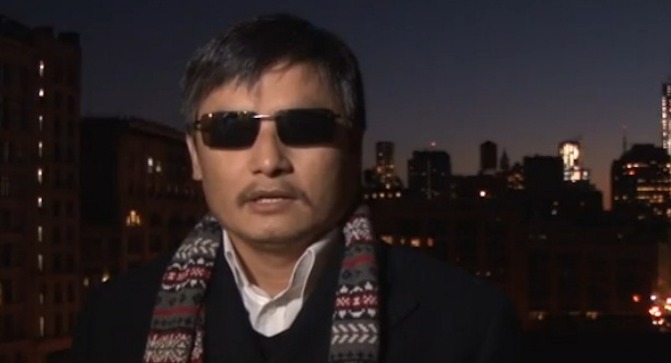 “Draconian” would be a mild way to characterize China’s One-Child Policy and the ways in which it is enforced. The brutal policy has led to forced abortions and has contributed to a devastatingly lopsided sex ratio and one of the highest suicide rates among young women in the entire world.

All of this has led human rights activists — like Chinese dissident Chen Guangcheng — to outspokenly oppose the brutal policy and the Communist regime that enforces it. Guangcheng, a lawyer who escaped house arrest under the regime, has been in the US for two years advocating for the rights of women and families in his homeland. He has been outspoken about the horrors he witnessed in China, and on the International Day of the Girl Child this month, Guangcheng  said:

After several decades of the one child policy implementation and forced abortion, the Chinese public lives in an atmosphere of scared fear from their government. . . And the one-child policy and the implementation and its propaganda have demoralized the Chinese society and switched from a society which valued life so much, to a kind of social decay, and they look down and have a kind of contempt for the individual life and the human being there.

Pro-life Congressman Chris Smith of New Jersey praised Guangcheng for his commitment to preventing this kind of violence on women:

I know of no other person on Earth who has personally suffered so much for attempting to stop this cruelty to women.

Guangcheng’s contrast between an ancient Chinese outlook towards family sacredness and the way families are currently being brutalized serves as a sobering conclusion:

In ancient Chinese culture we have a saying that your home is your castle, and even the king will not be allowed to come in without my permission, but now in today’s China under Communist rule, that they even put their hand into your body and grab your babies out of your womb, and they kill your babies in your face.

To learn more about what you can do to end violence against women and families in China, visit AllGirlsAllowed.org and Little Flower Projects.