But the struggle is far from over. 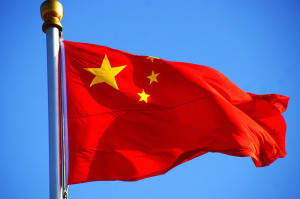 All Girls Allowed excitedly reports that Shandong Province will now allow couples coming from a one-child family to have two children. This replaces a previous rule that allowed a second child only if the mother was over thirty and if the couple waited four years between their first and second children. Large fines or forced abortion awaited those couples who broke this rule. The providence becomes the nineteenth providence in China to approve this change to the One-Child policy.

Shandong is the home province of Chen Guangcheng, a blind human rights lawyer who made international news last year when he escaped house arrest and eventually made it to the United States.

In the wake of this news, China’s National Health and Family Planning Commission announced that it will continue to monitor population growth:

For the next 20 years, population will still grow….  The issue of balancing population and resources still exists. We will make [the One-Child Policy] adapt to the growth of our economy according to our national population growth strategy.

Even though this is a victory for China’s families, All Girls Allowed notes that the struggle is far from over:

Shandong’s policy change only affects a fraction of the population: married Chinese couples who both come from one-child families. And Shandong’s history of violence shows that stricter regulations produce heavier oppression. China must completely abolish the One-Child Policy for Chinese families to truly receive justice.