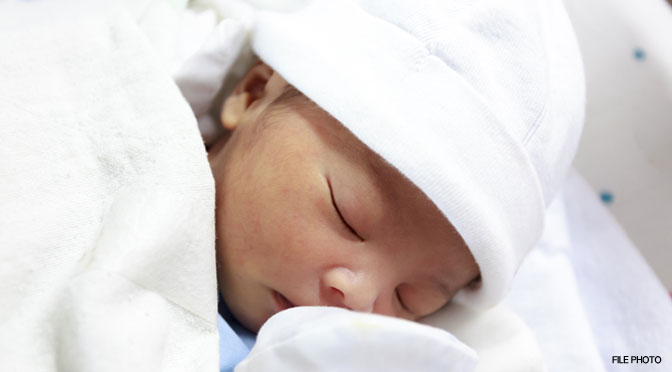 A two-month-old Chinese baby girl is alive and safe today in her grateful mother’s arms. But for this mother to save her child, another was not so lucky.

Their story, typical and ongoing under the new Two Child Policy, is one of several that Women’s Rights Without Frontiers that I will share today at a Congressional-Executive Commission on China Hearing. My testimony, “China’s Two-Child Policy – New Number, Same Violence Against Women,” is here.

Women’s Rights Without Frontiers’ on-the-ground network in China reported how little “Ai Bao” was still in the womb when her mother found herself targeted by Family Planning Officials for breaking the law: Ai already had a three-year-old sister, and her mother did not have a “birth permit.” Although China now technically allows two children, pregnancies that began before the policy change takes effect remain illegal in many provinces.

Faced with a forced abortion, Ai Bao’s mother paid an unwed pregnant woman ¥ 2000 ($312) to use the identity of Ai Bao’s mother when the unwed mother underwent an abortion – inevitable for her, since unwed motherhood remains illegal in Communist China.  This procured “abortion certificate” was turned in to the Family Planning Office, and Ai Bao’s mother went into hiding to complete the pregnancy.  Since Ai Bao is an “illegal child,” she has no household registration or hukou.  Therefore, she has no birth certificate, no access to healthcare or education.  She can never officially work, marry or travel.

Such incidents shed light on the simple fact that the human rights atrocities committed in the name of the One Child Policy continue unabated under the Two Child Policy.  As blind activist Chen Guangcheng succinctly tweeted, “This is nothing to be happy about. First the #CCP would kill any baby after one. Now they will kill any baby after two. #ChinaOneChildPolicy.”

The Chinese Communist Party has not suddenly developed a conscience or grown a heart. Coercion and control remain the core of the policy.

Our fieldworkers in China have given a glimpse into the real aftermath of the Chinese Communist Party’s “abandonment” of the One Child Policy. Forced abortions, sterilizations, and “terror fines” are still the order of the day, they report, as well as the ongoing problem of China’s 37 million “extra” men from decades of sex-selective abortions of girls: a powerful impetus for sex trafficking.

Another hidden tragedy, according to fieldworkers, is the untold suffering of Chinese women due to forced sterilizations, a brutal procedure that ruins their general health. This especially harms poor women, who literally become too weak to pump water from deep wells after the sterilizations – a permanent trauma that devastates families dependent on a mother’s physical strength.

In a world laden with compassion fatigue, people are relieved to cross China’s One Child policy off of their list of things to worry about. But we must not do that.  Women are still being forcibly aborted and sterilized, girls are still being selectively aborted, and millions of children are still being denied healthcare and education in China.

Women’s Rights Without Frontiers demands the unequivocal end to all coercive population control in China now.