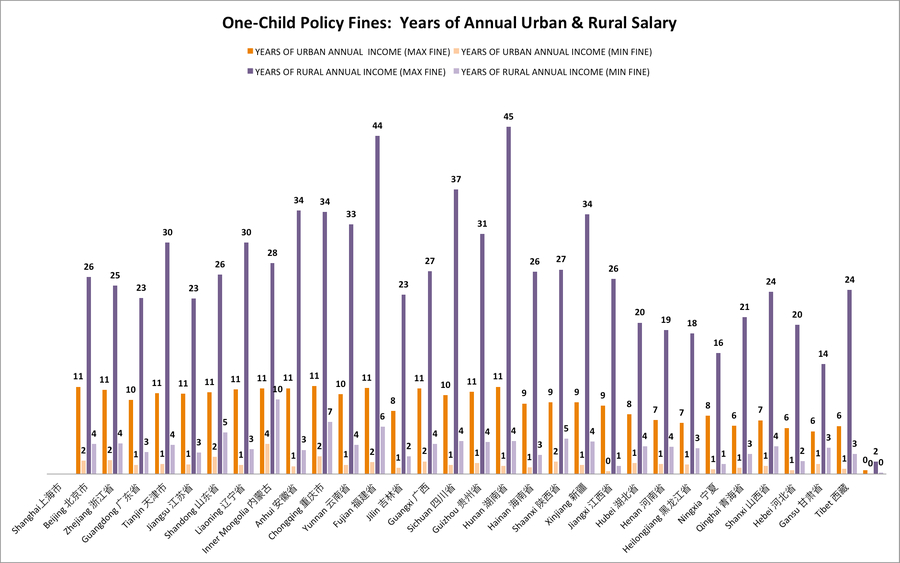 All Girls Allowed reports that in 2012, the dollar amount in fines that the Chinese government received from its citizens who had broken the One-Child Policy was over $2 billion. This number takes into account income from only fifteen provinces and does not include the other eight provinces, four municipality provinces, and five other regions.

The executive director of All Girls Allowed, Brian Lee, is asking the government to re-evaluate their policy:

We call on President Xi and Vice-President Li to order an independent investigation of the use of One-Child Policy fines, and to do what is right for the people by directing those funds for the benefit of the people.  We pray that God would move the Chinese leadership to grant its people complete freedom from coercive family planning, that they may receive the full blessing of children that God desires to give them.

In Henan Province, the citizens believe that the government is using fines for One-Child Policy violations to help cut down on the budget deficit. In Guangzhou, those who have violated the One-Child Policy are no longer allowed registration and access to government benefits. Sichuan Province collected the greatest amount in fines, reporting the collection of $392.2 million. All Girls Allowed reported last year that fines in many areas were several times higher than the average yearly income for the region’s citizens:

A comparison chart showing how many years of income for both the urban and rural areas that it takes to pay off the minimum and maximum fine for violation of the One-Child Policy. (Credit: All Girls Allowed, Used with permission)