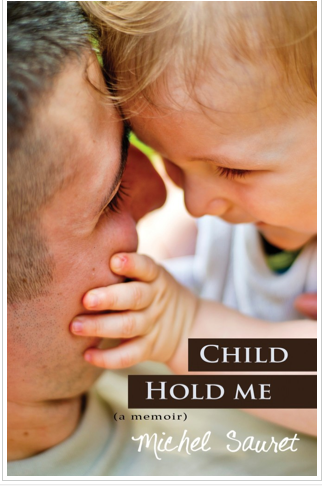 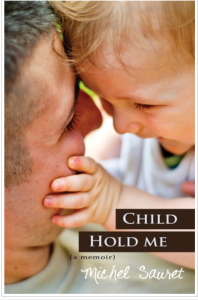 “This story is several years old now. When I first wrote these pages, I was still in the midst of the pain after losing a child in the womb. Now that so many years have passed, some of the experiences described in this story—my story—almost feel foreign to me… like they happened to someone else.

I decided to revisit this story and to publish this short memoir because I find its message to be incredibly valuable in our society today.”

So opens Michel Sauret’s gripping memoir, Child, Hold Me. And Sauret is right — the message of his little book is indeed valuable and relevant to our society. In a culture that promotes an almost wanton disregard for life, this memoir stands out as a literary work that treats life with great reverence.
Michel and his girlfriend, Heather, were a young college couple when the news of her pregnancy rocked both their worlds. Sauret vividly describes his reaction, the way his emotions traveled from a numb apathy to a state of shock, how he desperately hoped that what he was hearing was not true. Then, as reality and the need for a course of action set in, he heard Heather say: “There’s really only two options.”

Until she uttered those words, Sauret had never even considered abortion. Now it seemed like an option.

But as Michel grappled with the value of life, he began to see the value of his new future. He called the child Dante in his mind. He began to catch himself daydreaming about being a father, about reading to his child, about changing Dante’s clothes, about kissing him. As his desire to keep his child grew day by day, the issue he grappled with changed to whether or not he was worthy of the massive responsibility of being a father.

When the miscarriage came, Michel realized just how closely his heart had come to be tied to his unborn child. With incredible honesty, this memoir explores his grief and his healing and more importantly, the incredible worth of the unborn child.

Child, Hold Me is a heart-wrenching tale that brings the reader face-to-face with the value of life. The book is available for free download for Kindle on Sauret’s website.