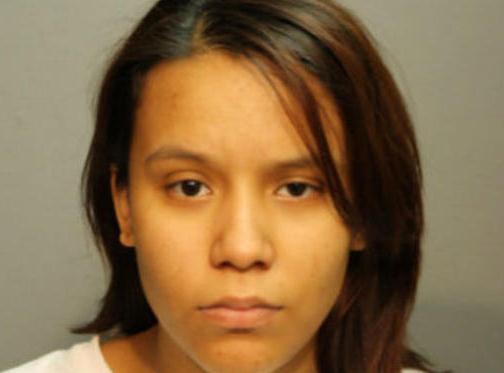 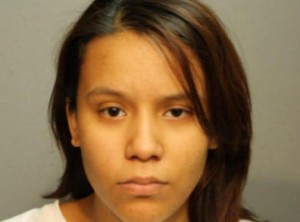 In yet another example of shocking disregard for the sanctity of human life, high school senior/18-year-old unwed mother Ana Rosa Mora, of Chicago, discarded her one-day-old son as if he were a bag of rubbish.

The reason Ana “put her baby boy in a plastic bag and left it on the road”? Well, it seems the infant “looked like her ex-boyfriend and [Ms. Mora] was afraid her current boyfriend would leave her.” After all, when nurturing a budding relationship, one can’t have a baby who looks like an old boyfriend mucking up the romance.

So what did Ana do to ensure her new paramour didn’t suspect that the baby she gave birth to one day earlier wasn’t his? After delivering the child, while he was still alive, Ana swaddled the helpless newborn in a plastic Walmart shopping bag and tossed him between two buildings in a walkway on the Northwest Side of Chicago.

The “full-term male infant” was found on April 19 at 8:30 in the morning, and according to police and the Cook County Medical Examiner’s office, the baby, who was discarded for the sin of looking like Ana’s ex-boyfriend, was pronounced dead at the scene.

Andrea Vazque, the woman who found the baby, said, “He was wrapped inside a plastic bag and he was around like nine months already so he was fully developed.”

An autopsy determined that the newborn boy died of asphyxiation inside the plastic bag. It was also determined that prior to succumbing to asphyxia and “probable exposure to the elements,” the baby was the victim of a “precipitous delivery,” which was also a contributing factor in his death.

Prosecutors say on the day the child died, Ana woke up, gave birth to a full-term baby boy in her home, placed him in a plastic bag, chucked him outside, and then went back to sleep. According to police sources, the tiny infant’s umbilical cord was still attached, as well as the placenta.

Still a student at Kelvyn Park High School, on the morning Ana returned to class, she fashioned a story to deceive those who recognized that she was no longer pregnant. Seems two observant staff members noticed that Mora had given birth. So, to cover up for dumping her infant son outside her home two days prior, Mora showed those asking about her new baby a photo of an infant girl on her iPad, which she later admitted she had downloaded off the internet.

Worried about being caught, Ana brought up to school officials that there was a dead baby found near her home and asked whether it was legal for police to take DNA from her family members and whether DNA samples would reveal who the dead baby’s mother was.

As fate would have it, a Chicago police officer assigned to Kelvyn Park overheard Ana’s conversation about the little girl pictured on the iPad, congratulated the new mother, and asked how old the baby was. Mora, who had just given birth, said her daughter was six months old in front of the school officials who were aware that that wasn’t true. Later that day, one suspicious staff member called the officer, who then called detectives, which led to Ana’s arrest.

Mora told police that she was afraid her existing beau would break up with her if he recognized that the dead baby looked like her former boyfriend, so she wrapped the small baby into a Walmart bag and threw him away not far from her home.

Making things more difficult for Ana’s budding romance, according to the Cook County sheriff’s office, the young woman who just wanted to maintain a relationship with the new man in her life is now being held on $500,000 bond and charged with first-degree murder.

Under the circumstances, hopefully Ana’s beau likes how she looks in a penitentiary uniform and doesn’t mind having prison guards as chaperones.