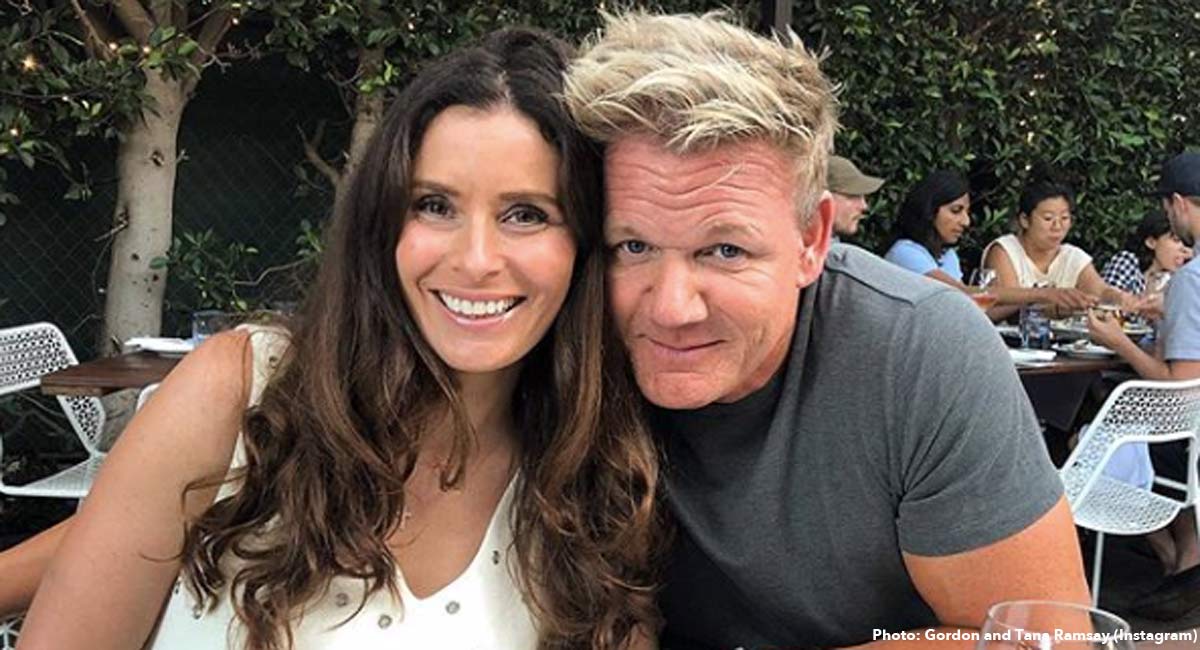 Gordon Ramsay is a celebrity chef and Michelin-star winning restaurateur, as well as a television personality. He is notorious for his temper, his frequent use of profanity, and his harsh criticism of contestants on his reality shows. But behind the scenes, he’s a devoted family man, married to his wife Tana since 1996. Together, they have four children — and they’re about to welcome a fifth.

On January 1st, Ramsay posted a video to his Instagram page that has racked up hundreds of thousands of likes and over 12,000 comments. It features his four children (20-year-old Megan, 19-year-old twins Holly and Jack, and 17-year-old Matilda) wishing viewers a happy new year. Then the camera pans to Tana, who likewise wishes viewers a happy new year before the camera pans down to her stomach, showing a very noticeable baby bump. “And happy new year, because guess what?” Ramsay added as he laughed and his other children cheered. “We’ve got another one coming! Oh, my Lord!”

Exciting news ! Happy new year from all the Ramsay’s

People from around the world offered the happy family their congratulations. The news is especially heartwarming, as two years ago, the couple suffered a miscarriage at five months. Ramsay posted the sad news on Facebook. “Hi guys, Tana and I want to thank you so much for your support over the past couple of weeks,” he began. “We had a devastating weekend as Tana has sadly miscarried our son at five months. We’re together healing as a family, but we want to thank everyone again for all your amazing support and well wishes. I’d especially like to send a big thank you to the amazing team at Portland Hospital for everything they’ve done.”

They named their baby boy Rocky, and oldest daughter Megan ran the London Marathon in his honor, raising money for Great Ormond Street Hospital. “Last year I sadly lost my little brother Rocky while my mum was 5 months pregnant, and I miss him every day and I am running in loving memory of him,” she wrote on her fundraising page. She further wrote on her Instagram page, “This is for you Rocky, love and miss you everyday.”

While the Ramsays have not revealed the gender of their baby or the name they have chosen, it is clear that this precious little rainbow baby is already very much loved and wanted by this close-knit family.