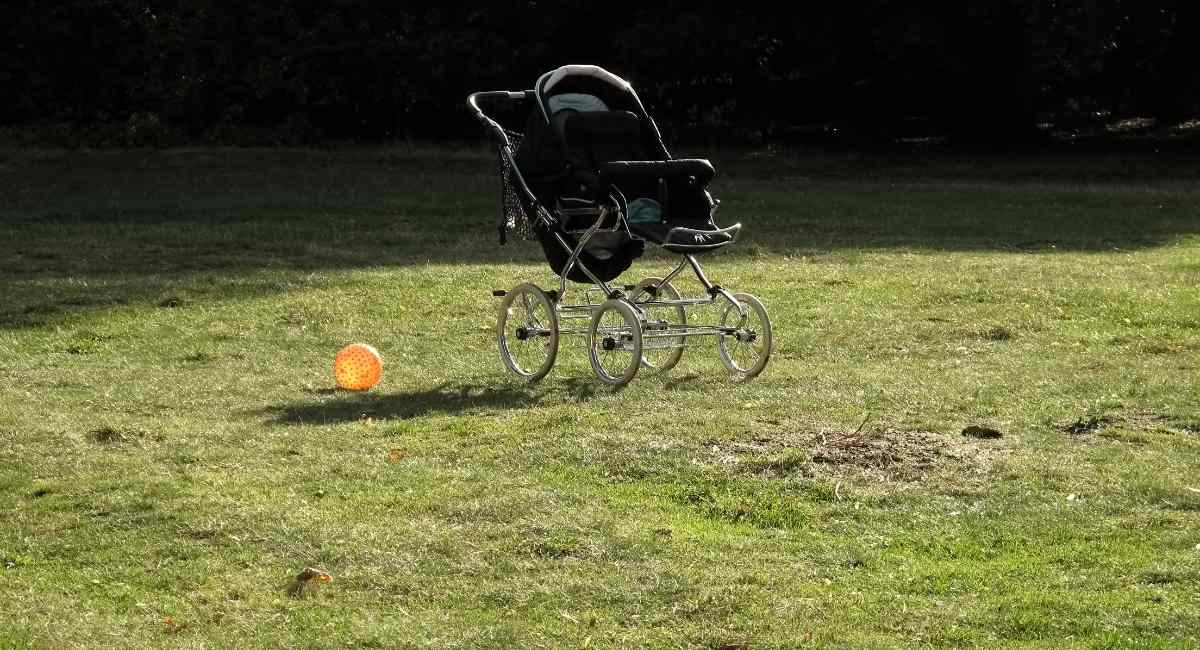 Jane Blasio’s recent book, “Taken at Birth,” recounts her story of being sold as a newborn in an off-the-books adoption transaction by a doctor who also acted as the region’s not-so-secret illegal abortionist. She discovered the truth about her past after initiating a search for her birth parents, an effort which triggered a decades-long journey through half-told tales and seedy small-town secrets gathered in local libraries and door-to-door interviews. In the process, she found not only her genetic family, but hundreds of others who, like her, had been bought and sold out of the back door of a McCaysville, Georgia, clinic which served as the headquarters of Dr. Thomas Hicks’ black-market enterprises during the 1950s and ‘60s.

But who, exactly, was Dr. Hicks? What sort of man would presume the power to determine the course of so many lives while at the same time effecting so many deaths?

According to those who knew him, he was “a happy-go-lucky man of medium build, with reddish hair, a jaunty walk, and a fondness for money.” One of Hicks’s former neighbors said, “He had the most charming personality.” Grace Postelle, a local McCaysville historian and another former neighbor, also described Hicks as a charmer. Doris Abernathy, Postelle’s sister, characterized Hicks as follows: “He was a memorable person, a charming man. … He [was] a very complex person … a double person. Who of us is all good or all bad?”

Dr. Hicks seems to have pushed this dichotomy to the limit, if the reputation he left behind is any indicator. William Wright grew up next door to Hicks’s farm just a few miles outside of town. “There are no neutral feelings about him,” said Wright, “it’s either acid or alkaline.”

It’s easy to understand his polarizing effect. He was known for freely sharing fresh eggs and produce from his farm with neighbors; he’d also earned the nickname “Bulova” because that was the brand of the watch he’d stolen off a dead man’s wrist. He could be relied upon to give free medicine to the town’s poorest residents, but he was also notorious for pulling an elaborate con job in order to sell a broken stove. This man, who kept two mistresses in a town that even today numbers a mere 1,200 people, was also married to the Sunday school teacher at the First Baptist Church, where he donated a Wurlitzer organ and was a member of the Adams Bible Class.

Two doors down from that very same church was a single-story blond brick building with green-and-white striped tin awnings; this is where Dr. Hicks played God over so many lives. The clinic was just a hair’s breadth across the Tennessee/Georgia border. This was strategic, as he was persona non grata in the Tennessee medical community. He’d lost his job at the Tennessee Copper Company in 1932 for filing more claims than there were miners; then, in 1943, he lost his Tennessee medical license and was imprisoned for selling narcotics to an undercover FBI agent.

But McCaysville essentially straddles the border, and in Georgia, Hicks was still licensed. Using his legitimate obstetrician practice as a front, he set up shop as an abortionist and black-market “adoption agency.” It didn’t take long for word to get out. This was, at least in part, due to his own self-promotion tactics — in spite of the illegal nature of his “services,” Hicks advertised them “in messages scrawled in telephone booths and on highway overpasses,” as well as in bus stations.

And the customers rolled in — so many that an airstrip was built in nearby Ducktown to accommodate them. From there, they would be brought to the back door of Hicks’s facility via limousine. Everyone in the surrounding region — including the social elite of Atlanta and Chattanooga — knew, but never discussed in tones above a whisper, that inside that building, Hicks would take a girl who was “in trouble” and, in his words, “fix her right up” in exchange for a $100 fee.

His clinic was so infamous that it even appeared in the novel “Peachtree Road” by Anne Rivers Siddons, who said that although she never knew the doctor’s name, his clinic was “common knowledge” among her 20-something aged Atlanta social circle. “These were girls from very substantial, fine, old Southern families,” she said. “The way you got in touch was through your boyfriend. You’d be instructed to go early in the morning to a downtown street corner and a limousine would pick you up.” 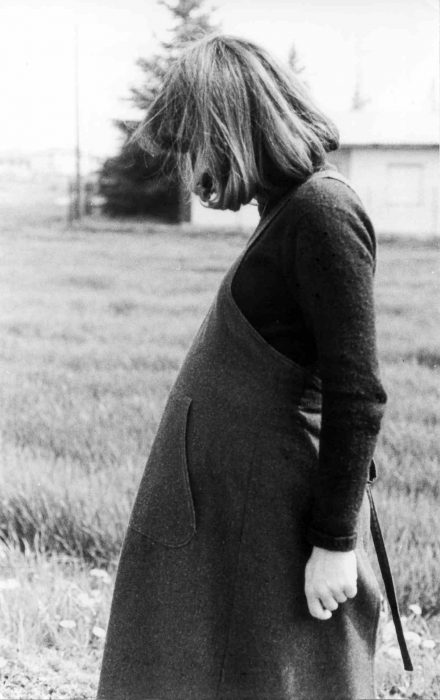 But Hicks didn’t kill all of the preborn children who crossed his threshold. Some he treated as merchandise, convincing the mothers to carry to term so that he could sell the babies to one of the names on his “waiting list.” He would assure these women that no one would ever know they’d had a baby, and would house them in the clinic, at his farm, in his apartments in the telephone company building, or in the New York Hotel in Copperhill, just across the Tennessee border.

One such woman was Delores Hammond. She was 21, unemployed, separated from her husband — who didn’t want children — and she was scared. She went to Hicks for an abortion, but he persuaded her to give birth and let another couple adopt the child. She spent her pregnancy living in a small room behind the beauty parlor, where she also worked, which was operated by a woman named Vera — one of Hicks’s mistresses. After giving birth, “Delores heard her baby cry but never saw it. Vera told her it was a boy, and that he had been given to a couple who drove a big Cadillac.”

Hicks lied to some women who came to him for obstetric services, telling them their babies were stillborn, then selling the newborns to other families. Thelma Tipton was one such woman. “[He said] she had a bad heart… and I believed it,” Tipton said. Hicks even had her sign a phony death certificate. One week later, Hicks sold the child.

Prospective buyers added their names to a waiting list. Appalachian History reports, “Once a baby was available, Hicks wasted neither time nor words with his prospective buyers. ‘You have 24 hours to come or I call the next person on the list,’ he’s reported to have said to more than one client.” He also warned buyers that if they expressed a preference for a boy or a girl, they could forget about getting a baby. If they complied with these expectations, they were, eventually, supplied with newborns and falsified birth certificates naming them as the biological parents. In exchange, couples could expect to pay up to $1000.

And the birth mothers? Edna McPherson, who bought three babies from Hicks, claimed that he was “unfailingly attentive” to them, saying that sometimes he would buy the mothers a new dress. She claimed, “The woman who had my son got her hair fixed that day, and he paid for it.” One cannot help but wonder if Vera was the stylist. When McPherson picked up her first baby, her husband caught a quick glimpse of a young, red-haired woman in a back room. She was crying. Before the couple left, they were passed a letter from the mother, expressing her wish that they would “care for, and clothe, and feed [the baby] in the manner in which I cannot.”

It is estimated that Hicks sold 200 babies. It is not known how many he killed. Eventually, Hicks was busted in the act of committing an abortion, but even then he managed to skirt legal consequences. The LA Times wrote:

Hicks was indicted on Dec. 8, 1964, on charges of performing an illegal abortion and gave up his medical license that day. But the case never went to trial. A gentleman’s agreement was reached that Hicks would not be called for trial unless he attempted to resume his medical practice.

Why did the town tolerate his activities for so long? “Everyone knew that there was something dark and secretive going on,” Greg Crawford, a local bank executive who grew up in McCaysville, recounted to the Times. But people seem not to have cared, at least not very much — they either made excuses for what he did, ignored it, or attempted to glorify it.

Some like to think of the payments made to Hicks for the babies not as profits, but as expenses covered. Hicks “was not making a lot of money from these babies,” Postelle recalled. “I don’t know of any that went for more than $1,000.” $1000 in 1960 is equivalent to approximately $9,200 today.

At the end of the day, it was apathy, a reluctance to rock the boat, and Hicks’ veneer of respectability that provided the necessary social shield for his illegal enterprises. “He was a leading citizen, remember that,” Postelle said.

Marlene Hardiman’s words, however, cut directly to the heart of the problem: “He didn’t perform any service that anyone didn’t request.”

Heaven help us if that is to be the metric by which our society measures its moral decisions.