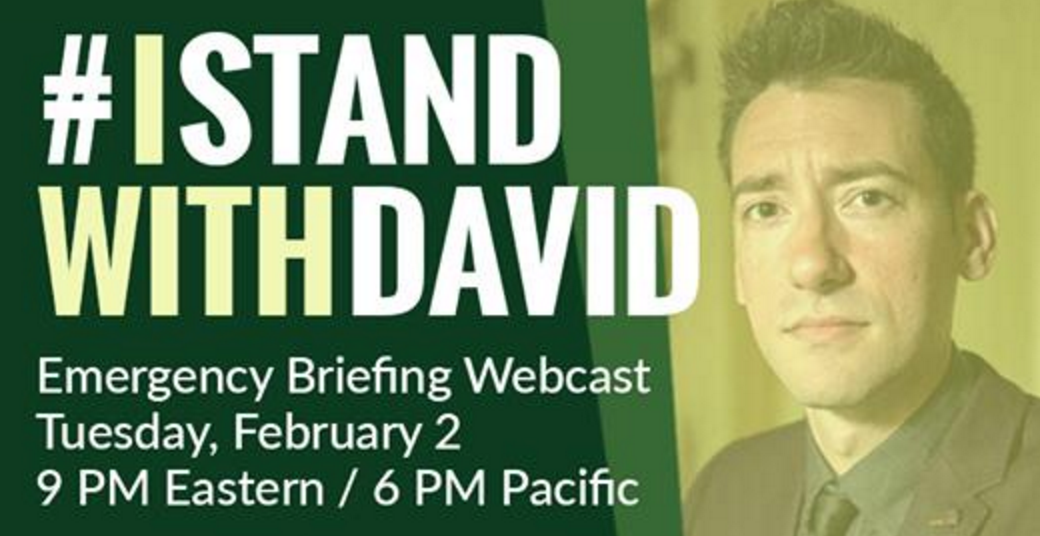 The Center for Medical Progress is hosting a live webcast Tuesday, February 2 to address what it calls ” a massive political witch hunt against David Daleiden.”

The Center for Medical Progress says:

SOUND THE ALARM! David Daleiden’s undercover video investigation caught Planned Parenthood red-handed in the grisly practice of harvesting and trafficking in aborted baby body parts. Millions of Americans have been stunned and outraged after witnessing these human atrocities.

Calling it an Emergency Briefing Webcast, the online meeting is set to discuss:

The “witch hunt” that Planned Parenthood launched against them is actually, according to CMP, “a desperate attempt to deflect attention from their own inhuman actions by attacking the messenger.”

Now the messenger is speaking out. Hosted by David Bereit of 40 Days for Life, the webcast will include presentations from Katie Short from  Life Legal Defense Foundation, Charles LiMandri from Freedom of Conscience Defense Fund, and Peter Breen from Thomas More Society.

The webcast invitation has reached hundreds of thousands of pro-lifers, but space to participate in the free webcast is limited, so CMP is encouraging people to register promptly. It will air at 9 p.m. EST (6 p.m. Pacific).

You may register here: http://istandwithdavid.org/