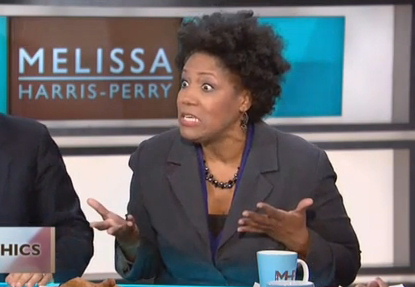 Who’s trying to save minority babies from being killed again?

Abortion advocates can find a lot of ways to smear pro-lifers. But calling us racist for opposing abortions as a way of building up the white race? It’s not only insulting; it’s downright bizarre.

So, by opposing abortion – including the abortions of minorities – we’re trying to build up the white race? Well, gee, if we got what we wanted, then wouldn’t the influx of minority babies being born kind of hamper that master white race goal? If you take even two seconds to think this through, it becomes obvious that this is completely ludicrous.

Who are the real racists here, though? You can find them in abundance in the abortion industry, where racism is alive and thriving. There’s Planned Parenthood, where Margaret Sanger’s legacy of racism and eugenics is continued to this day. They’re the people upset when pro-lifers expose the ugly truth that black babies are aborted at a much higher rate than other babies. They’re the pro-aborts who vandalize a billboard featuring a black father and son with the words “kill the shrimp.” They’re the abortion clinics who intentionally target minority neighborhoods.

Perhaps if Nancy Giles knew all of that, she wouldn’t be shilling for abortion or calling pro-lifers racists.