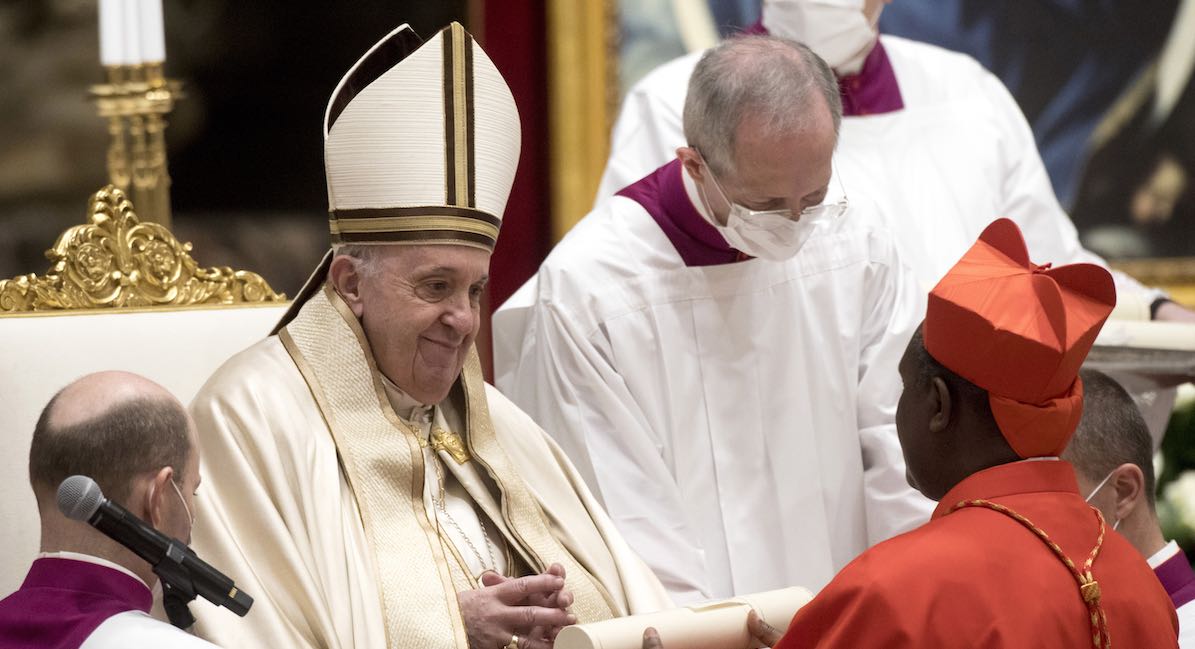 (National Catholic Register) Catholics have an even better argument than we are currently deploying regarding why we won’t let the abortion issue “go.” Regarding why we insist on bringing abortion up even at a political moment and regarding a new U.S. president promising several positive steps on other Catholic social-justice hopes and dreams: Not a few commentators wrongly believe that many Catholics in the United States, including prominent bishops, are simply expressing their politics — specifically their claimed political conservatism — when they refuse to give the incoming administration a pass on abortion. Of course this is ridiculous on its face, as opposition to killing easily finds a home in both liberal as well as conservative philosophies and politics. Other commentators wrongly believe that when the Catholic Church flags the abortion issue, it is merely another expression of its aversion to sex and everything related to it. Wrong again.

First, abortion is the destruction of a human life, not a sexual act. And although the Church has had its ups and downs on matters sexual for quite a while now, it has settled on the healthy position that sex is a good gift from God that, at the same time, can be misused to harm another. (See, e.g., Pope Benedict XVI’s Deus Caritas Est, 4-15.)

No, the Church is right not to let the abortion issue slide, even were there an avalanche of good political news on the horizon for other parts of our social-justice agenda. The reasons are two.

The first — the unmistakable inhumanity and irrationality of abortion advocacy — was expressed brilliantly in John Paul II’s encyclical The Gospel of Life (Evangelium Vitae) and echoed and expanded in the U.S. Conference of Catholic Bishops’ response to it, “Faithful for Life: A Moral Reflection.” From Evangelium Vitae:

Here though we shall concentrate particular attention on another category of attacks, affecting life in its earliest and in its final stages, attacks which present new characteristics with respect to the past and which raise questions of extraordinary seriousness. It is not only that in generalized opinion these attacks tend no longer to be considered as “crimes”; paradoxically they assume the nature of “rights,” to the point that the State is called upon to give them legal recognition and to make them available through the free services of health-care personnel. Such attacks strike human life at the time of its greatest frailty, when it lacks any means of self-defense. Even more serious is the fact that, most often, those attacks are carried out in the very heart of and with the complicity of the family —the family which by its nature is called to be the “sanctuary of life.”

READ: Catholic bishops in Argentina vow to protect life despite abortion law: ‘All is not lost’

And from the USCCB’s “Faithful for Life”:

How has it come to pass that the elimination of one’s child or one’s parent, acts of desperation wrought in every age, are now described as sensible and even attractive alternatives?

It is for good reason that many find the roots of this disdain for life in the breakdown of the family. The family has a special role to play throughout the life of its members, for it is within the family that neighboring begins — or does not. The family is the first haven where those who are dependent — by being too young or too old, too disabled or too sick to care for themselves — find their closest and surest support. For this reason it can be called the “sanctuary of life” (Evangelium Vitae, 11). At the heart of this sanctuary is fidelity — unwavering loyalty both to those we choose and to those who have been given to us. The unraveling of that fidelity in our time leaves dependents to become lawful victims of their guardians.

In short, how appalled must we be when the state makes it nothing short of a “human right” for one person to kill another at perhaps the most vulnerable moment of the latter’s life? And when the person given the “right to kill” is actually the designated protector of the child, although the hearts of women rebel against abortion? And when the government is essentially proclaiming that there is only one legitimate kind of homicide in the U.S.: killing within the family?

Legal abortion is unreason itself. No one disagrees that it ends a human life. Watching politicians and activists defend it — glorify it as a human right, no less — is watching leading voices call up, down and light, dark and heaven, hell. It has the feel of dark, Soviet-era jokes, which always ended with the “powers that be” telling the powerless masses that an obvious untruth is clearly true. It makes listeners doubt the sincerity of every word from the lips of the “powers that be,” even if we agree with other pronouncements they make. It’s unsettling in a society supposedly committed to reason.

There is a second reason why abortion “sticks out” among social-justice issues. With abortion, legalized killing is advanced, so often by powerful men, in the name of “women’s rights.” In fact, it is often made synonymous with feminism. The cascade of negative results cannot be cabined to one essay, and I can list here just a few. At the political and cultural level, the whole category of “women’s rights” is tainted, even as women need such a movement. Most people still think abortion is morally distasteful at best and very problematic at worst. They don’t even want to think on it for long. But when abortion is valorized as the heart of women’s rights, advocacy for women’s real needs is dampened or goes undone. And women suffering terribly from post-abortion distress receive no help from the government. Social measures to welcome women with their children — including paid leave, affordable day care and policies promoting family life, marriage, better education and work opportunities — are not prioritized at best and are utterly neglected at worst.

And what an insult to women! What hypocrisy, for the “cause of women” — so often advanced on the ground that women have an enhanced sympathy for the “other,” the vulnerable — to insist that they oppress another as the answer to the history of the oppression of women!

Who knows for how long both Catholics and others will be debating the “place” of abortion in the political and legal landscapes? Likely a long time. But we can’t go on as if other laws call killing defenseless children a “right,” a “women’s right.” Laws supporting abortion do so — and must be called out, no matter what else is happening in law and policy.

Editor’s Note: This article was published at the National Catholic Register on January 20, 2021.