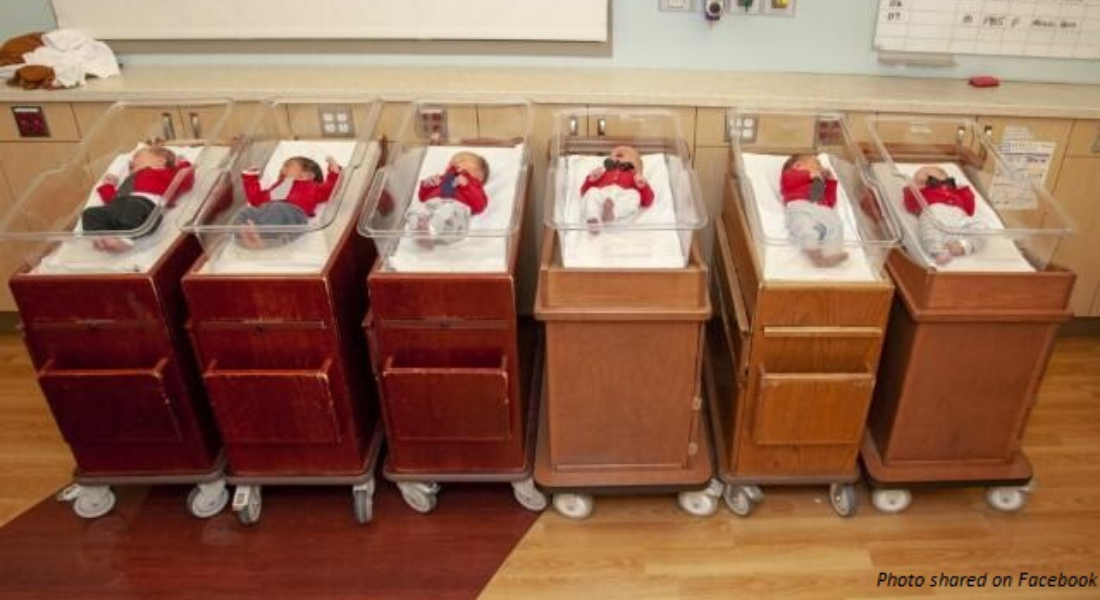 One of the most influential pop culture icons of all time is Fred Rogers. His TV show, although for children, implored all of us to treat each other with kindness and compassion. Rogers, who was often sporting a cardigan on his show, died in 2003 at the age of 74, but his legacy lives on. In honor of his memory, WQED — the PBS station that originally produced “Mister Rogers’ Neighborhood,” and where it was filmed — asked people to wear cardigans on World Kindness Day. One hospital took that request to heart.

While for Mister Rogers it was a beautiful day in the neighborhood, at the Allegheny Health Network, it was an adorable day! Newborns were dressed lovingly by staff in red cardigans to celebrate, complete with ties. “These [babies] may be new to this neighborhood but they’re already honoring everyone’s favorite neighbor on #CardiganDay,” they wrote on Facebook. Accompanying the post was a series of cute pictures, sure to make anyone’s day.

It's a beautiful day in the AHN neighborhood! These #AHNBabies may be new to this neighborhood but they’re already honoring everyone’s favorite neighbor on #CardiganDay.

A biopic will be released next week about Rogers, titled, “A Beautiful Day in the Neighborhood,” and covers the relationship between Rogers and cynical journalist Tom Junod.

More and more hospitals have been celebrating holidays with their tiniest patients. For new parents, whether their children are in the NICU born premature or are full-term and just waiting to go home, having to spend holidays like Christmas or Halloween in a hospital is stressful. Little things like this not only bring joy to these families, but help them weather the stress of their situations.

“Opportunities like this are just a feel-good way for families to feel happy and enjoy the fall season, despite being in the hospital,” a CHOP spokesperson said to NBC Philadelphia of this year’s Halloween costumes. Dr. Al Jones, who dresses up as Santa every year at Spectrum Health Helen DeVos Children’s Hospital in Grand Rapids, Michigan, explained, “This is a way for the families to take a break from their worries and just enjoy the holiday season.”