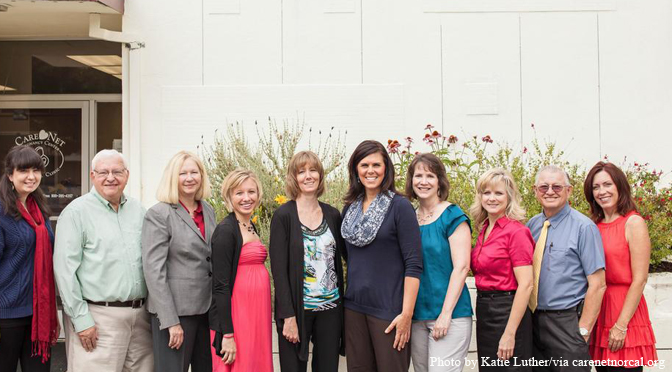 The Pacific Justice Institute has filed a lawsuit on behalf of two pro-life crisis pregnancy centers to challenge California’s recently-enacted law forcing them to provide information on abortion and contraception services to patients.

A Woman’s Friend Pregnancy Resource Clinic in Marysville and Crisis Pregnancy Center of Northern California in Redding (pictured above), the CPCs represented by PJI, are licensed religious nonprofits, affiliated with area Protestant and Catholic Churches, that offer free services such as pregnancy testing, ultrasounds, and medical consultations. They contend the so-called Reproductive FACT Act infringes on both their free speech and religious exercise rights under the First Amendment.

“[AB 775] unconstitutionally compels (the clinics) to speak messages that they have not chosen, with which they do not agree, and that distract, and detract from, the messages they have chosen to speak,” the lawsuit argues. “Disseminating the mandated state message, which is inconsistent with plaintiffs’ religious convictions, burdens these clinics’ free exercise of religion, secured under the First Amendment.”

As Live Action News reported last week, AB 775 is known as “the Bully Bill” among pro-lifers. Pro-life Assemblyman James Gallagher challenged its proponents, “Why doesn’t your notice say ‘adoption’ in it? You’re saying that these private (entities) who receive no funding—no government funding whatsoever—they’re completely private, they have to tell about the government-funded programs that are out there, but the same is not true of the government programs.”

NARAL Pro-Choice America has been a staunch supporter of the legislation. State affiliate director Amy Everett hailed it as “what it looks like to respect women: Empower us and trust us to make the best decisions for ourselves and our families,” while national NARAL president Ilyse Hogue called it “the first successful statewide effort to ensure that no woman is tricked into walking through doors of a (clinic) to be manipulated and shamed again.”

As Live Action News has extensively covered, NARAL is a longtime foe of crisis pregnancy centers, and over the years has made a wide variety of unsubstantiated allegations against their qualifications, honesty, and ethics.