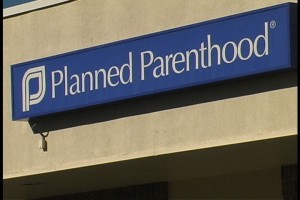 For the last 15 years, such clinics have been paid through a robust state program called the Family Planning Access Care and Treatment Program, or Family PACT. It is the first and largest program of its kind, covering the cost of family planning services for nearly 2 million uninsured women and men, with no cap on spending. Nearly 60 percent of Planned Parenthood’s income is from the program.

But with the Medicaid expansion, its revenue streams are going to start shifting dramatically: 84 percent of the clinic’s patients became eligible for Medicaid on January 1st…

Medicaid reimbursement rates are the third lowest in the country. Last month, they were cut another 10 percent, while Family PACT rates stayed the same. Kathy Kneer, the president and CEO of Planned Parenthood Affiliates of California, said that’s got clinics worried about their bottom line.

“Providers are looking at 2014 with a great deal of trepidation,” Kneer says. “Our landlord’s not going to take a rate cut, our utilities aren’t going to take rate cuts, our staff are already undercompensated. It’s very difficult. We just have to reduce services.”

She says clinics will lose money on every Medicaid patient. Health centers in rural areas and some urban areas that already have trouble breaking even will have no other choice but to limit how many patients they can see.

The facts are ironic given the Planned Parenthood Federation of America’s love affair with ObamaCare. Planned Parenthood promotes the Act on virtually a daily basis, encouraging followers on social media to enroll in a plan so that they can start receiving “free” birth control (paid for by a rise in premium costs for everyone who buys insurance, including men, and women who do not want to use artificial contraceptive methods).