Don’t want to rock the boat. 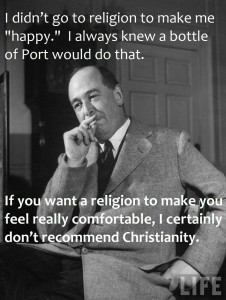 For the past few years, polls have found especially encouraging growth in young voters’ sympathy toward the right to life, but the battle is far from won. A recent BuzzFeed report explores signs that young evangelicals may be drifting toward softer, trendier approaches to “sexual politics” like abortion and abstinence.

Twenty-one-year-old evangelical student Ricky “believe[s] God would approve” of people in love having sex before marriage, wants churches to butt out of the abortion debate, and is too ashamed of the stereotypes about his faith to even tell people he’s an evangelical. BuzzFeed cites two polls putting the number of unmarried yet sexually active young evangelicals anywhere from 44% to 80%. Pastor Ken Wilson of Vineyard Church in Ann Arbor, MI says the current generations are just tired of the “culture war stuff.” According to Pastor Jay Bakker of New York’s Revolution Church, “people feel like no one wants to see more abortions but to make it illegal would make it dangerous.” And 33-year-old “lifelong evangelical Christian Amy” has some demands for her faith: “the church at a minimum has to make space to say it’s okay to be gay and you can have sex with a committed partner before marriage.”

Fortunately, some of this trend can be dismissed as good old-fashioned cherry-picking. The article acknowledges:

Joe Carter, a senior editor for the Acton Institute who has written an argument against “the myth of the liberal young evangelical,” thinks the narrative of liberalization comes from students at already-liberal colleges like Wheaton: “If go out to the University of Texas, or North Dakota, and talk to evangelicals, they’re just as conservative as their parents.”

The plural of “anecdote” is not “data,” after all, and Carter’s piece cites polling data confirming that overall, young evangelicals remain as socially conservative as their parents and more so than non-evangelicals.

Still, the problem’s not nonexistent, and the same trends that plague other denominations likely are on the rise in evangelicalism. The young people quoted here seem to represent a strain that can be found in every religion: immature, hubris-filled cafeteria believers who see their faith as everything but an authoritative source of moral truth, and as such assume the prerogative to redefine God’s word however they wish. Note how none of them make arguments for why their preferences are more scripturally correct or that they have a rational basis for believing that God actually wants it their way; it’s all based on their subjective emotions and instincts.

And not very compelling ones, at that. Tired of conflict and preoccupied with their neighbors’ disapproval, they want their faith to be a certain way because, ultimately, they want an easy, comfortable faith that’s shaped around their lifestyle and doesn’t expect too much of them. Challenge? Sacrifice? Resistance? Humility? Who needs those? Giving more than lip service against the execution of children would just rock the boat, and I really don’t want that in my life right now.

This is the polar opposite of a Christian worldview. Scripture warns us to expect persecution for standing with God, and in response commands us:

And do not be conformed to this world, but be transformed by the renewing of your mind, so that you may prove what the will of God is, that which is good and acceptable and perfect.

If abortion is murder and if sex belongs within marriage, then those propositions are true regardless of how many people disagree or how strongly the surrounding culture disapproves of those who hold to them. In fact, uncompromising adherence to God’s principles is most important when the world wants to see those principles washed away. Ricky, Amy, and company can dislike whatever aspects of evangelicalism they want, but they can’t pretend to be true to their faith while rejecting them, and if they really believe in the God at the top of it all, they really can’t presume to speak for Him.

To the extent that evangelicalism’s spiritual health really is in danger, it’s not because the above impulses exist; it’s natural that young people would be most susceptible to the path of feel-good affirmation and least resistance. The faith’s fate will hinge upon whether its adults choose to correct them or coddle them.