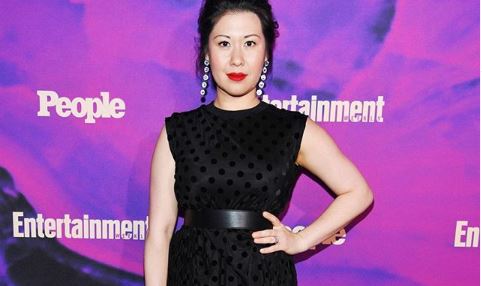 Two years after surviving a horrific accident, Tony-award winning actress Ruthie Ann Miles has announced that she is expecting a child.

In 2018, a pregnant Miles was crossing a street in Brooklyn with her five-year-old daughter, Abigail Joy, when a vehicle ran a red light and plowed into her, along with her friend, Lauren Lew, and another toddler, one-year-old Joshua Lew. Abigail and Joshua both died. Miles was seven months pregnant at the time, too, and while she was injured, it initially appeared that her preborn daughter would survive. But two months later, her baby girl, named Sophia Rosemary, also passed away. Losing both of her children was devastating to Miles and her husband, Jonathan Blumenstein.

This one celebrated 5 years yesterday. (For a minute she believed the #bombcyclone was purchased by Daddy from Target so she could miss school on her birthday 😂) Happy Birthday to my biggest big girl. 😍We love you so-so-so-so-so much. … This picture was taken after she realized, no, we did not purchase the snow from Target for her birthday.

“Ruthie is simply not doing well. The only consolation she had in Abigail’s death was the fact that her unborn baby had survived. But now losing that baby? She’s crushed to her core,” a friend close to Miles told PEOPLE. “She loved being a mom. She couldn’t wait to expand her family. Losing those kids, it’s destroyed her. How can she even survive this? It’s taking every bit of her faith to find a way through.”

After the accident, the driver, Dorothy Bruns, committed suicide, while Miles took a break from work as she grieved and healed. In August of 2018, she returned to her role as Lady Thiang in “The King and I,” for which she had previously won a Tony award.

Two years after the horrific tragedy, Miles has announced that she is pregnant once again. She took to her social media accounts to share the “very happy news” with fans, thanking everyone who supported them after the crash. “Thank you especially to the many of you who supported us in the aftermath of the crash, continually lifted us up in prayer, doused us with love, encouraged us, let us be and grieve these two years, and now rejoice with us in this new life,” Miles said in her statement. “We know Abigail Joy and Sophia would have loved being big sisters and are loving watching their family grow.”

Miles has received an outpouring of love following her announcement, including from fellow Broadway stars Laura Benanti, Lin Manuel Miranda, and Ben Platt. It’s bittersweet, touching, and inspiring to see so many people around the world mourn the lives of three beautiful children, two born and one preborn, and to likewise celebrate the life of a new precious child.