The women at feminist blog Jezebel aren’t happy that pro-lifers have discovered the “bro-choice” movement. While dismissing the movement as “tongue in cheek,” Jezebel claims that “bro-choice” quotes and articles are being “passed … from fetus fanatic to fetus fanatic” in a “pathetic quest for relevancy.” 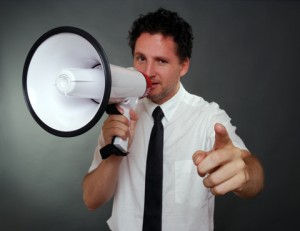 I’m not surprised that feminists are unhappy that sites like this one are exposing the bro-choice movement – and not because it’s silly and irrelevant. It’s because “bro-choicers” have coughed up a series of appalling quotes explaining why men should support abortion.

The most infamous so far came from Ben Sherman of the Burnt Orange Report, who said Texas men should support abortion because their “sex lives are at stake”:

For those of us guys who like girls — you know, like them like them — and want to have relationships with them that may last anywhere from a few minutes to many years, we need to think about how this…hurts us, too. Can you think of anything that kills the vibe faster than a woman fearing a back-alley abortion?…And don’t be surprised if casual sex outside of relationships becomes far more difficult to come by.

Emphasis mine. (I know – talk about a keeper! Back off, girls, he’s mine!)

Other bro-choicers at Gawker echoed Sherman’s sentiment, saying abortion allows them to have admittedly “careless” unprotected sex with women, and then get out of paying child support. Wrote commenter “Brutal_Tooth” under an article about the Texas abortion bill:

I’m 29 and not every person I sleep with is someone I’d consider raising a family with. The idea of knocking someone up (through carelessness, duplicity, condom failure) who ignores my life goals and desires to complete their own biological imperative with my DNA, and later my finances, really comes off as a little…. blackmail-y.

Then there’s this gem, a video by conservative activist Caleb Bonham, who “dressed up as a ‘bro’ to find out if the ‘bro-choice’ movement supports abortion just so they can have casual sex.”

Short answer: yes. Students from the University of Colorado wholeheartedly agreed that Bonham “won’t get laid as often” without unfettered access to abortion. As one said, “[b]ro-choice is the right choice. Because, you know, if you wanna get laid – which is what college is about – you best go with the bro-choice.”

Charming. No wonder feminists want the “bro-choicers” to quietly go away: these young men are unashamed to admit that their reasons for supporting abortion aren’t exactly “pro-woman.”