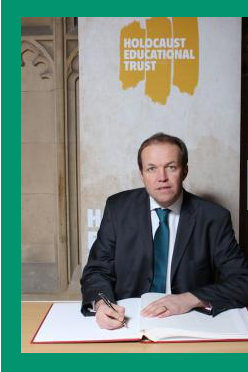 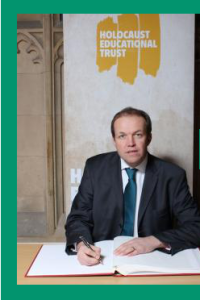 On Monday, The Telegraph printed a column by David Burrowes, an MP from Enfield-Southgate, that discussed an abhorrent practice by 67 British doctors. (There may be more, but 67 doctors were caught.) These doctors “pre-signed” abortion certificates for women. In other words, before they ever met a woman who came in for an abortion, the doctors would sign their approval for her abortion ahead of time.

They would sign before examining the woman and her medical records, before discovering if she was being forced into the abortion, before finding out if the abortion was being performed for gender reasons – before the doctors knew anything at all about the patient. This practice is a clear attempt to get around Britain’s Abortion Act. As MP Borrowes explains:

[A]bortion is only legal in Britain if two doctors form an opinion in good faith that the legal criteria for termination of pregnancy are met. As it is not possible to form an opinion about a patient before anything about them is known, abortions performed as a result of pre-signed forms are illegal.

One hospital was discovered using forms pre-signed by a doctor who had left four years earlier. And yet, the Crown Prosecution Service (CPS) – the entity who could prosecute these hospitals and doctors – may yet refuse to do so. MP Burrowes explains that the CPS may refuse the case on a “technicality.” Basically, since it is possible that any of these doctors may have examined any of these women and/or their medical records after signing the form, but before the abortion took place, the “good faith” element of the law might not have been violated.

Of course, this is ridiculous. As MP Burrowes writes:

Unfortunately, some hospitals…attempted to streamline abortion referrals by photocopying signatures or getting doctors to sign batches of forms. The whole appalling system was designed to avoid the necessity for a second opinion altogether.

Against this background, the improbable notion that doctors who pre-signed forms were scuttling around hospitals making sure that their illicit certifications were backed up by retrospective good-faith opinions is utterly preposterous. Can you imagine the scenario? “I’m sorry doctor, I’m just here on the off-chance that the certificate used to approve this abortion may carry my signature, could you allow me a quick look at the medical records for the abortion I have already signed off on?”

These doctors knew nothing about these patients.

MP Burrowes goes on to say that there would be great outrage if such a practice was employed by doctors for any other medical procedure. Imagine, indeed, if hospitals routinely had their doctors pre-sign approval forms for heart surgeries, chemotherapy, mastectomies, lung transplants, or any other procedure without first examining the patient and making a decision based on the facts of the patient’s specific situation. Outcries of medical malpractice would be raised, licenses would likely be suspended, and the public would be appalled. Why is it any different simply because abortion is the surgical procedure in question?

While some in Britain fear that these 67 doctors will get away with pre-signing for abortion, the CPS has not made a final decision yet. The Lords Health Minister and “a growing group of MPs” believe that the CPS should bring prosecutions. And while CPS recently refused to prosecute doctors for specifically approving abortions for baby girls, there is hope that the courageous voice of MP Burrowes and others like him will be heard on the pre-signing spectacle before it is too late.