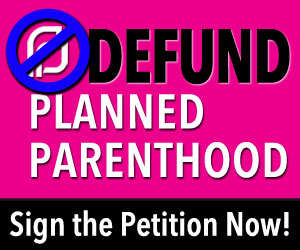 Back in 2009, Live Action released this shocking video showing Planned Parenthood of the Greater Memphis Region helping cover up the rape of a 14 year-old-girl by her 31-year-old “boyfriend.” That video prompted Tennessee state legislators to do something they hadn’t been able to do in decades–pass a law diverting taxpayer funding away from Planned Parenthood and sending it to state health departments. The cash at stake totaled around $1.1 million, and so of course, Planned Parenthood fought back: friendlies in local government in Davidson and Shelby Counties (Nashville and Memphis, where 2 of PP’s 3 TN clinics are located) pulled some purse strings to keep the taxpayer money flowing to Tennessee’s biggest abortion chain.

Fast forward to 2011, and (HT Jill Stanek) Davidson County has just announced that it is taking over all public-funded family planning in the county, much to Planned Parenthood’s chagrin:

[A]bortion foes say the governor can use his control over state spending to keep the money from reaching Planned Parenthood. And the Haslam administration appears to be weighing such a move.

On Friday, state Health Commissioner Susan Cooper sent a letter to Metro health director William Paul and Shelby County health director Yvonne Madlock urging them both to take over all of the money for family planning services in their counties.

The letter does not mention Planned Parenthood explicitly, but it says they should “consider working with community partners” to provide the services if they lack the ability. The Metro Health Department is still considering its response, said a spokesman.

Cooper gives Paul and Madlock until Friday to decide. But the dispute has already pressed Planned Parenthood chapters down to the wire.

So Planned Parenthood just took a hit of over $300k in Tennessee, and could lose over $1 million. Indiana, Kansas, Tennessee…remember, dominoes always fall one by one.