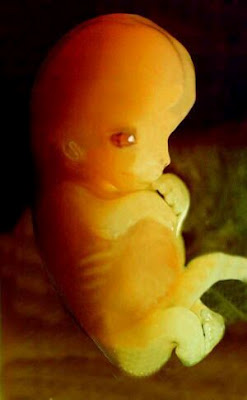 There are times words truly fail in their ability to express evil.  These times come far too often when the truth about the slaughter of the innocent must be told; such a time has come yet again as an investigation in the United Kingdom has discovered that the bodies aborted infants have been being burned in “waste-to-energy” plants to heat hospitals.

Incinerating the slaughtered to provide comfort for the living has been taking place in some of the country’s most prominent hospitals, and has included not just victims of abortion, but also the remains of children lost to miscarriage, with parents being told their lost children were “cremated”, and given no other option for caring for their little one’s remains.

In the last two years alone, 27 NHS trusts have burned a minimum of 15,500 fetal remains either with garbage, or in “waste-to-energy” facilities, Channel 4’s Dispatches discovered, both by hospitals themselves, and by the managers of energy plants.  At Ipswich Hospital, remains were used to heat the facility allegedly without the hospital trust’s knowledge, as the energy plant was operated by an independent facility.  According to the Ipswich Hospital Trust, the hospital itself properly cremates human remains, and the remains which had been used in the energy plant had actually been shipped in for that express purpose from a neighboring medical facility.  The trust expressed “concern” over the discovery, which is more than can be said about Addenbrooke Hospital in Cambridge, one of the nation’s leading medical facilities, where nearly 800 infants below 13 weeks gestation were intentionally burned in the hospital’s own waste-to-energy facility.

Department of Health Minister Dr. Dan Poulter called the practice “totally unacceptable” and issued an instant ban on the procedure, while also engaging the Human Tissue Authority to ensure that the practice ceases.  Sir Mike Richards, the Chief Inspector of Hospitals issued a similar statement, saying the practice “breaches our stand on respecting and involving people who use services.”

The outrage over the burning of “wanted” children lost to stillbirth and miscarriage can be readily understood, particularly as parents were reportedly deceived as to their options regarding their infant’s remains, or simply not given options.  However, one must wonder just a little at outrage expressed over the burning of aborted corpses.  After all, if the “uterine contents” aren’t the bodies of tiny people, why not burn them as medical waste?  And if our standards for the disposal of human remains does apply to these tiny victims, what really is more horrific – what is done to the children after death, or what is done to them when they are still alive to experience it?

Undoubtedly, the practice is horrific and barbaric, and shows a marked disrespect for human life.  But one must wonder at the schizophrenia of a society and people who ban the burning of fetal remains, but not the slaughter that preceded it.