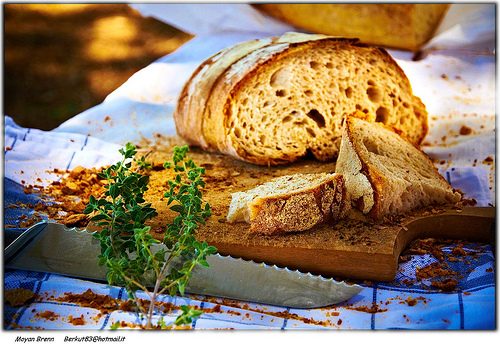 You can make abortion sound “pretty,” but you can’t change the facts.

In 2008, I met with some students from the University of Florida to pray outside an abortion mill that I had never visited before in Gainesville, Florida. I was just passing through on my way to another university, where I was doing pro-life work with Students for Life of America.

It was hard to figure out where I was allowed to park, because the abortion center was actually just a house in an area that mixed residential and business locations in a rather strange way (as college towns are apt to do). It wasn’t until I met up with the group of college students gathered outside on the sidewalk that I noticed the name on the sign: “Bread and Roses.” 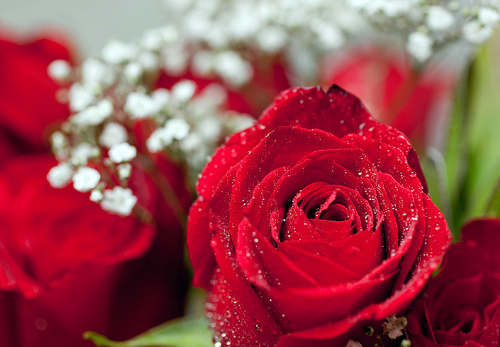 For some reason, the name turned my stomach. It was repulsive that a place that ultimately insults women with abortion would take a name that made it sound so woman-friendly (after all, what woman doesn’t like bread, or roses?). “Bread and Roses” sounds like the name of a bed and breakfast to me. Or a French restaurant. Or a boutique. But…an abortion mill?

So I decided to look into the history of the name. I knew there must be something behind it, because no matter how creepy you are, you don’t just arbitrarily name your abortion mill “Bread and Roses.”

It turns out that there are two Bread and Roses abortion mills in Florida. So much for my impression that this was a singular instance of over-the-top abortion craziness. It was double-crazy now. Here’s what I found.

The term “bread and roses” originates from a turn-of-the-century poem by James Oppenheim. Upton Sinclair attributes the slogan to workers who participated in the Lawrence Textile strike in 1911, and who reportedly carried signs saying, “We want bread, but we want roses, too!”

Here’s an excerpt from the poem (thanks, Wikipedia):

As we come marching, marching in the beauty of the day, A million darkened kitchens, a thousand mill lofts gray, Are touched with all the radiance that a sudden sun discloses, For the people hear us singing: ‘Bread and roses! Bread and roses!’ As we come marching, marching, we battle too for men, For they are women’s children, and we mother them again. Our lives shall not be sweated from birth until life closes; Hearts starve as well as bodies; give us bread, but give us roses!

Definitely not “bread and roses”

Sensing no obvious connection between the plight of 20th-century factory workers and the abortion business, I was left to continue wondering why those businesses were called “Bread and Roses” – especially since the poem actually refers to women’s children and women mothering their children.

I think the takeaway from my creepy Bread and Roses abortion mill experience may be this: the abortion lobby will do anything to make abortion sound pretty. They have tried different methods of accomplishing this, including using code-words like “contents of the uterus” instead of baby or fetus, so that when a woman visualizes the contents of her uterus being sucked out of her and dumped into a garbage bag, maybe she will be less inclined to imagine the fingers and toes and perfect little body that constituted those contents. They also refer to abortion as “reproductive rights,” and “women’s health care.”

But we aren’t fooled. No matter how abortion supporters label their goods, America is waking up to the reality that the labels don’t change the facts.