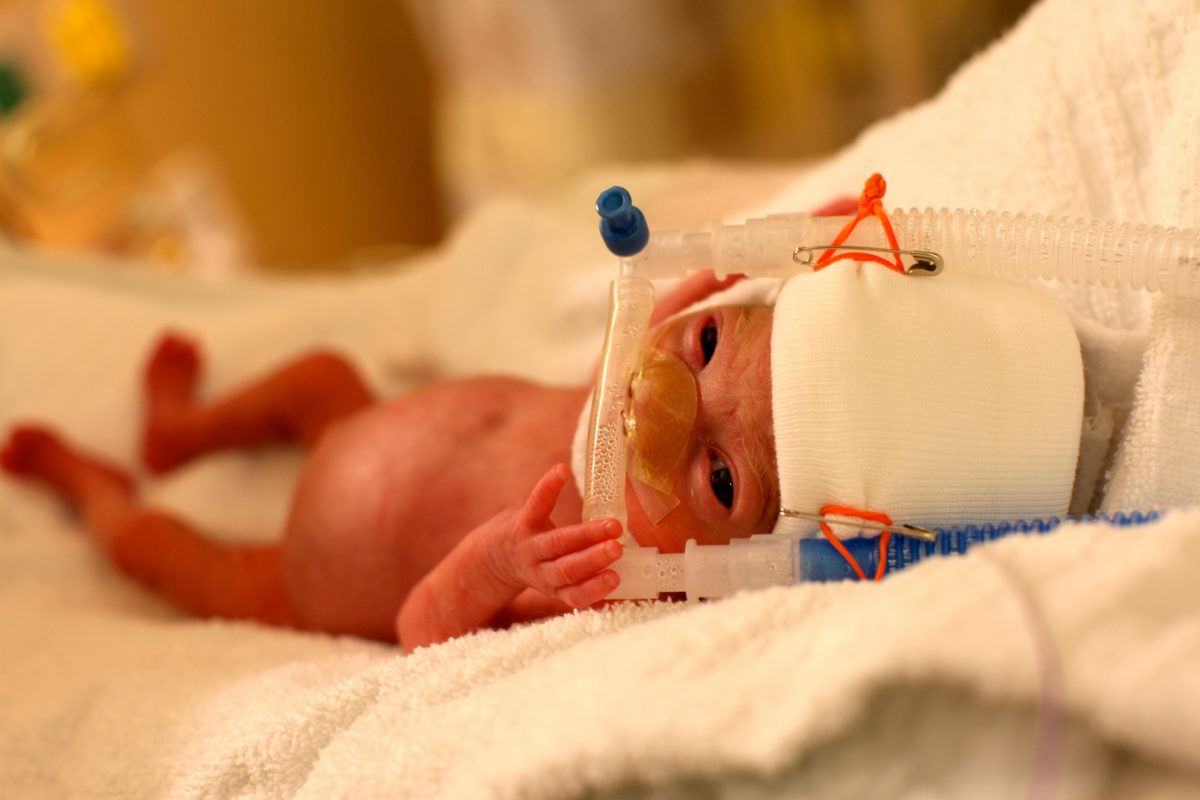 Before the recent surge in conversation about late-term abortion, many people didn’t know that it’s legal in the U.S. to have an abortion well past the point of viability. What is life like at this stage? Is it really possible for a baby to survive being born so young?

Merissa and Brian Zielinski were excitedly awaiting the birth of their daughter when Merissa started bleeding at 25 weeks. She saw her midwife and was sent to the hospital immediately. Doctors discovered she had dilated to six centimeters in the 40-minute drive, and they told Merissa she wasn’t going anywhere until the baby was born.

Coeli was breech and extremely fragile, weighing in at less than two pounds. “We had many wonderful doctors coming in and out of the room, with one ‘bad egg.’” Merissa says. “The ‘bad’ doctor recommended that I just push Coeli out and let her pass away because the chances were high that she would experience disabilities, and, he cautioned me, it would be easier on MY body to not have the classical c-section that would be required.

“I remember just looking at him, stunned, and then I looked over at Brian who stood next to my bed. He didn’t hesitate. He just said, ‘No,’ to the doctor, then he looked at me and said, ‘We’re giving this baby every chance possible.’

“I’ve thought about that moment a lot over the years, and I’m devastated for the mothers who haven’t made the same choice — whether it be from shock, fear, or just not having someone stand by them. It’s scary how enticing the doctor’s words were: It will be better for YOUR body, it will be better for your future children.”

Merissa and Brian were told that Coeli had a 50% chance of survival and would likely experience developmental issues.

Throughout her prenatal care before Coeli was born, Merissa “definitely got the feeling that they were caring for ME, and the baby in utero was a second thought. Once Coeli was safely delivered, I was relieved. I knew that now that she was born, the doctors would fight for her life — and they did! We were blessed that she didn’t have any huge obstacles in her way during her NICU stay. She was just a tiny person and needed time to grow.”

Coeli stayed in the NICU for three months, and Merissa recounts that “every part of the NICU process was incredible.

“The doctors knew exactly what she would need and when. They knew every intimate detail about her little body, and we were updated almost hourly about how her needs changed. After about two days, we were able to hold her skin-to-skin, which was an amazing feeling. 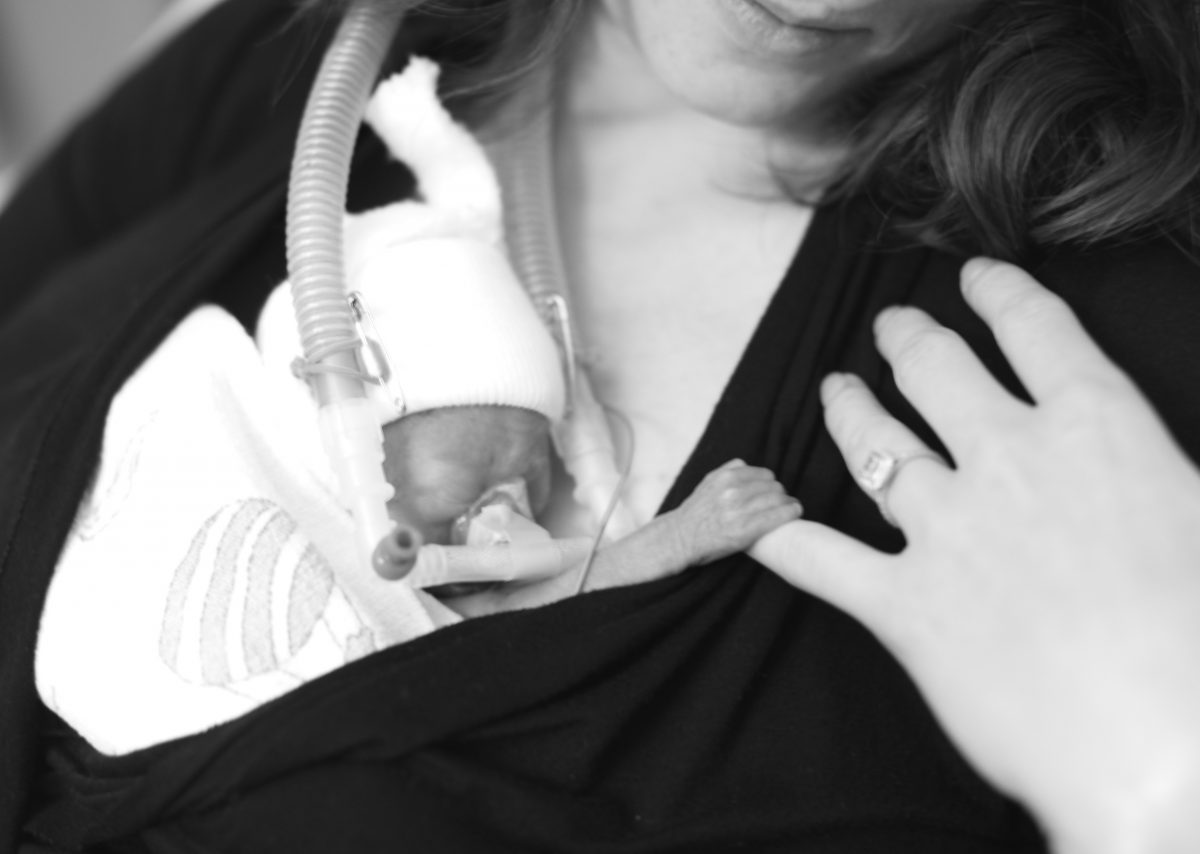 “It’s terrifying to be a parent while looking into the unknown of your child’s life. In our case, the neonatologists thoroughly explained the plethora of disabilities (physical, mental, emotional, behavioral) possible and I clearly remember feeling like, ‘This is just all too much.’ I spent many hours in the NICU imagining what her future would hold and the developmental obstacles we would face. It’s easy to get lost in the fear factor of the disability label.”

It’s been three years since Coeli was born, and Merissa and Brian recently welcomed another daughter into their family. During a second trimester ultrasound, her bone structure appeared atypical, something the perinatologist thought might indicate a diagnosis of Down syndrome.

“Immediately abortion was on the table,” Merissa said. “It’s incredible that two out of two of my children have been candidates for abortion because of the possibility that they wouldn’t be typical. Their value and dignity as people cannot change based on a difference in the way they look, or the way they learn, or the way they walk or don’t walk.”

Sadly, seven states and Washington, D.C. allow abortion for any reason at any time throughout pregnancy, making it easy for parents to deny their children a chance at life. All of the other 43 states allow for late-term abortion in certain cases for babies at Coeli’s age and older. Yes, thousands of late-term abortions happen each year in the U.S. Fortunately, the majority of Americans oppose this, but there is still a need to change laws and speak out for these babies’ lives.

Merissa and Brian made the courageous choice to fight for the lives of their daughters no matter what. Even though life with a micro-preemie is a long and rocky road, it’s worth it. As Merissa explains: “The truth is no one knows what another person’s life will hold. I encourage parents faced with a hard prognosis to remember that no one can see into the future.”

Editor’s Note: A big thanks to Oregon Right to Life, which introduced us to Coeli and her family, originally through the TV ad published here.