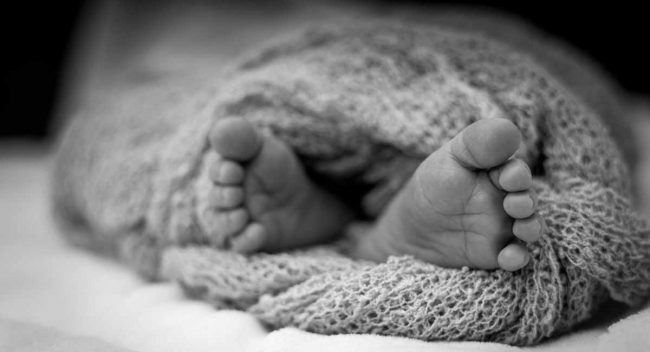 Border Patrol Agent George Huertas was off duty, participating with his family in a charity 5K event when his training as an emergency medical technician became needed: a woman was in labor in a bathroom stall. Huertas immediately went to her aid and helped her safely deliver a baby boy.

Huertas, a member of the Border Patrol Search, Trauma and Rescue (BORSTAR) team, was at Liberty Station in San Diego, participating in the Miracle Babies Superhero 5K. As his own son had been born prematurely and spent three months in the neonatal intensive care unit (NICU), Huertas has remained active in the prematurity community. Yet as he and his family were getting ready to leave the event, his sister told him a woman was giving birth in the bathroom.

According to a Border Patrol press release, Huertas found the woman and using rubber gloves he was given by a janitor, immediately stepped in to help. The bathroom was clearly not a safe, sanitary location in which to deliver a baby, but Huertas and the laboring mother did the best they could.

After the baby was born, Huertas got to work stimulating breathing, and his sister supplied blankets to keep him warm. Once the baby was cleaned up, he introduced him to his mother. Huertas stayed with the mother and baby until medical personnel arrived to take over. Afterward, Huertas avoided any publicity regarding the birth.

READ: Teen thought abortion was the only answer until a pregnancy center offered help

“If you know George, you know he is too humble to bring this up for attention,” Michael E. McEwan, the Acting Commander of San Diego BORSTAR, said in the press release. “He only told a group of us in passing during muster and downplayed the whole incident.”

Though not part of their job descriptions, police officers and others in similar fields — like the Border Patrol — occasionally find themselves in situations where they have to help a mother in labor. While labor and delivery are safe in most cases, delivering a baby outside of the hospital alone can be dangerous, particularly if anything goes wrong. Having someone there, like Huertas, to provide emergency care and tend to the baby can make a life or death difference.

“George responds to those in need on and off duty,” McEwan said. “He is a strong advocate for those under his care. He truly embodies what it means to be a BORSTAR Agent and lives our moniker ‘So Others May Live.’”