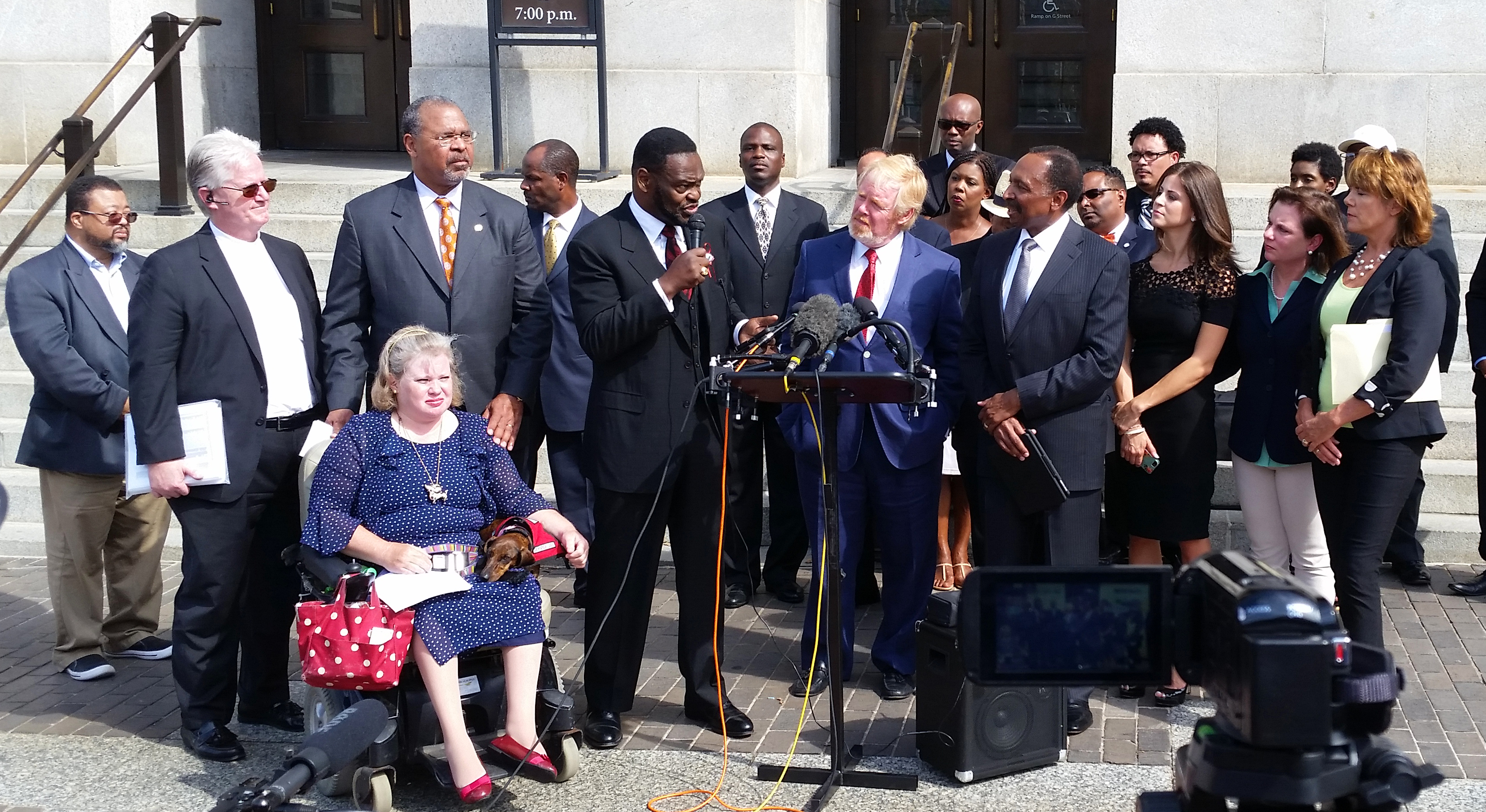 A coalition of African American pastors and pro-life leaders held a press conference today, demanding the removal of the bust of Planned Parenthood’s founder from the Smithsonian’s National Portrait Gallery in Washington, D.C.

The bust of Margaret Sanger stands in the same room as Martin Luther King, Jr., Rosa Parks, and other trailblazers who fought for human rights. Black pastors say the commemoration is an affront to the spirit of the Civil Rights Movement, as well as to the African American community.

In an impassioned speech, Bishop E.W. Jackson railed on the National Portrait Gallery’s inclusion of Sanger, who was a eugenist and forced sterilization advocate. Sanger’s support for eugenics is clearly exhibited throughout her writings and speeches, as well as in the initiation of the Negro Project. Sanger’s disdain for blacks, minority groups, and the diseased and disabled birthed America’s largest abortion chain, which profits off the killing of the weakest and most vulnerable.

“If Margaret Sanger had her way, MLK and Rosa Parks would never have been born,” said Jackson. “It’s an outrage the national museum would honor such a person and add insult to injury by putting her in the Struggle for Justice exhibit.”

Chanting “you must remove the bust,” the group said Sanger, a staunch racist, has no place among the heroes honored in the exhibit. Press conference attendees included Pastor Cecil Blye, Pastor Garfield Williams, Kenneth Blackwell, and Bishop Harry Jackson. The Gallery has declined to remove Sanger from the exhibit. In a letter, National Portrait Gallery Director Kim Sajet responded:

“I received your letter regarding the legacy of Margaret Sanger and respectfully decline to remove her portrait from the museum. The Struggle for Justice gallery brings attention to major cultural and political figures from the 19th century to the present day who fought to achieve civil rights for disenfranchised or marginalized groups.”

“Her association with the eugenics movement shadowed her achievements in sex education and contraception, making her a figure of controversy, one whose complexities and contradictions mirror her times. There is no ‘moral test’ for people to be accepted into the National Portrait Gallery.”

As the founder of Planned Parenthood, Sanger encouraged the sterilization of persons whom she deemed unfit, and encouraged the reproduction of groups with more desirable qualities. Sanger, who was invited to speak to the women’s branch of the Klu Klux Klan, penned numerous pieces detailing her vision for the human family.

Bozell said the pro-abortion movement has become “so militant, so radicalized,” that they “celebrate her as their patron saint.”

The exhibit website hails Sanger’s “crusade” against “laws forbidding dissemination of contraceptive information.” The website acknowledges her “association with the eugenics movement” but asserts that eugenics was a philosophy “that for a time was endorsed by many of the era’s prominent thinkers.”