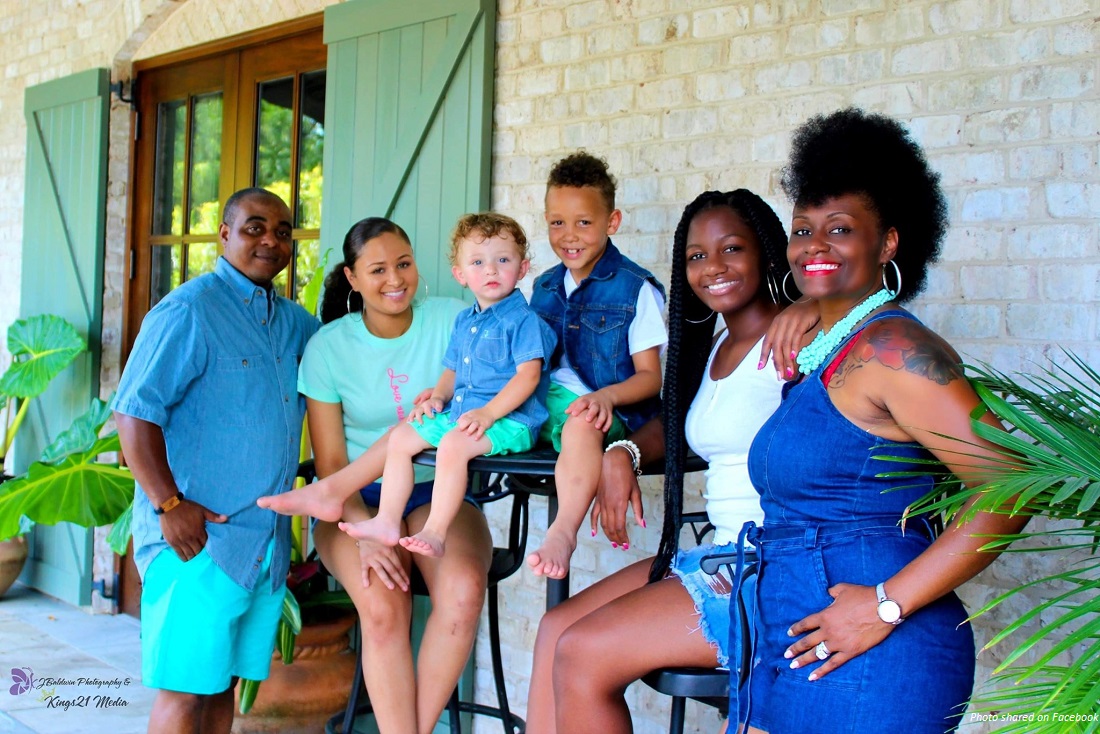 Keia Jones-Baldwin and her husband, Richardo, are sending a message to the world that love doesn’t see color. The couple have been foster parents for years, and adopted several of their foster children. But it’s their youngest, Princeton, who gets them so much attention: Keia and Richardo are black, while Princeton is white.

Keia and Richardo married in 2010 and wanted to started their family, but Keia suffered from infertility. After going through miscarriages and unsuccessful rounds of IVF, they decided they needed to change their tactics. “Nothing worked,” she told Good Morning America. “It was emotionally draining so we decided to not continue. Our daughter naturally wanted siblings so we looked into foster care.”

Their oldest daughter, Karleigh, joined the family after she became friends with Zariyah, Keia’s daughter from a previous marriage. “In sixth grade she came over for me to take her to a chorus concert and just never left,” Keia explained. “Her mother fell on hard times and [was] homeless. Karleigh is my child that can make any rainy day bright. She is a joy to be around.” A year after they became Karleigh’s legal guardians, they adopted Ayden, who they had been fostering. He had lived through drug abuse and neglect, and had gone through eight different foster homes before being adopted. But now, he’s part of the Jones-Baldwin family. “Ayden is brilliant. He is just the smartest kid I know,” Keia said to Good Mornina America. “He’s a mama’s boy.”

But then in 2017, they got a call about a newborn baby: Princeton. He was born premature to a mother who had been addicted to drugs, and at first, she got a call from her foster care supervisor asking if she simply could come to the hospital and do skin-to-skin with him. “I put him on my chest for the first time and I never wanted to leave,” Keia said. “He was such a sweet baby.”

And though Princeton is the only white child in the family, he is, of course, very much loved. “I tear up just thinking about him. He is very rambunctious. He keeps us on our toes, he keeps us sharp,” Keia told Good Mornina America. “I think the most important thing that he brought to our family is a deeper connection on how to love without seeing color.” Princeton was officially adopted a few weeks ago, and the family has become accustomed to a lot of stares, and a lot of questions.

“We get a lot of stares,” Keia told TODAY. “I’m frequently asked if I’m Princeton’s babysitter. … I get, ‘Why didn’t you let him stay with a family of his own race?'” They even have been accused of kidnapping, and police have been called on the family numerous times.

“We were vacationing in Tennessee and we went to do an old time, Western photo shoot,” Keia recalled in her interview with TODAY. “The girl behind the camera would disappear and then come back. Finally she asked, ‘Is that your baby?’ I told her he was. Then she said, ‘I just took a picture of this baby with his family two weeks ago.’” Another man called the police on her after she got a flat tire, telling authorities she had stolen the car and the baby.

Despite this, Keia says she isn’t bitter and is taking this opportunity to show the world how love transcends race, and the Jones-Baldwin family will continue fostering children of all races. “I don’t look at family as blood. I look at family as love,” she said. “When Princeton came into our lives, he came into our hearts. Love conquers all.”