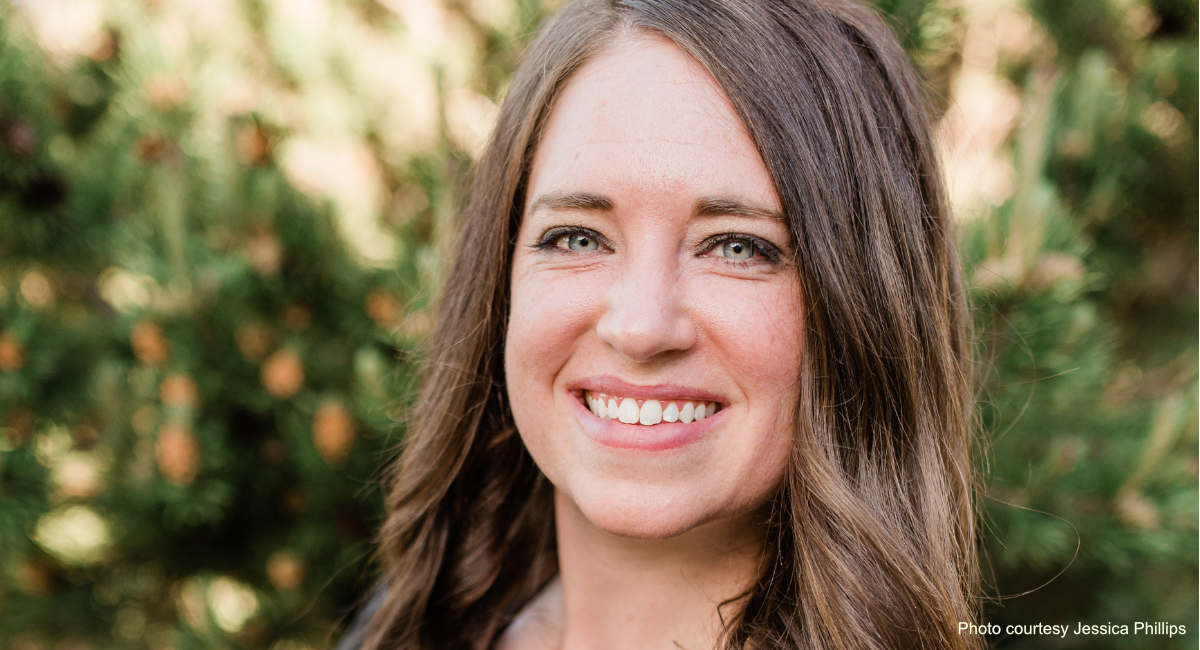 Like any young college woman, Jessica Phillips enjoyed an active social life. When she started casually dating a man she met at a club, she never imagined she’d be thinking about terminating an unplanned pregnancy months later.

But when she went to a New Year’s party and decided not to imbibe in alcoholic beverages, she knew something inside had shifted. Phillips told Live Action News, “When I first decided to get an abortion, the Kansas-based clinic requested I provide proof of pregnancy. I lived in Oklahoma but was too far along to get an abortion there, so I got an ultrasound to confirm my pregnancy. Hearing my baby’s heartbeat sealed the deal for me. It was as if the ‘Mama Bear’ in me came alive.”

Determined to continue with her pregnancy, Phillips confided in a friend, and the friend divulged the secret to Phillips’ mother. When Phillips came home from the New Year’s party, her mother was waiting for her.

“She wanted to know if there was something I needed to share with her,” Phillips said. “When I told her about my pregnancy, it was as if a huge weight had been lifted from my shoulders. There was comfort in knowing she was there for me. She would support me being a single mom if that’s what I chose.”

Yet, Phillips wasn’t certain that she could provide well for her daughter as a single mother. Her mother recommended that she consider adoption.

Phillips said, “At first, I got so angry that she would suggest that. But then, a day later, I felt such a peace about it. It was no longer about what was best for me, but what was best for my daughter. It was as if my perspective changed like it did when I first considered having an abortion.”

Though Phillips had decided placing her child for adoption with two loving parents would provide an optimal environment in which to thrive, others doubted she was making a wise choice, including her boyfriend’s parents who strongly disapproved. They urged Phillips and her boyfriend to instead co-parent the child.

“I wanted my daughter to be in a financially stable two-parent household; that’s why I chose to place her for adoption,” Phillips said. “But my boyfriend, who had a lot of people trying to influence him, threatened to take me to court. I just remained steadfast throughout this period. There wasn’t anything anyone could do to change my mind.”

At first, Phillips contacted the Oklahoma Baptist Homes for Children which offered indirect placements. In this case, her daughter would go into foster care until Phillips’ parental rights were relinquished, which could involve a lengthy timeframe. Realizing that this was not the route she wanted to take, Phillips asked for a referral to an adoption agency specializing in direct placements.

Phillips said, “I really didn’t know much about the adoption process, but I did want an open adoption. I met with an adoption counselor with whom I explored what type of parents I would want my daughter to have. I just gave her an age range and asked that they be Christian. Other than that, my parameters were minimal.”

She was presented with six to ten profiles of prospective adoptive parents along with their heartfelt letters to the birth mother. As she absorbed details about each couple and learned how they would parent her child, she came upon Brian and Natalie and knew her search was over.

“There was just something about Brian and Natalie that felt right,” Phillips said. “There wasn’t any doubt I would choose them for my daughter. As it turned out, I gave all the profiles to my parents as well and they, too, selected Brian and Natalie without any input from me.”

She especially liked the fact that they were involved in sports. Brian was a sports trainer for the Para-Olympic women’s sitting volleyball team, and Natalie was a basketball and volleyball coach.

An in-person visit was scheduled at Phillips’ parents’ house along with the adoption counselor. As soon as Brian and Natalie walked through the door, Phillips felt an immediate connection to them.

Phillips said, “We had a great conversation and I enjoyed hearing about their adoption journey which began in September, the month I got pregnant. They were so likable and it was apparent they loved each other very much. I could see God’s hand in the sequence of events. He had it planned all along.”

The couple related they had previously tried to adopt two times, but each time, the birth mother changed her mind. Both babies had been boys, but they told Phillips, they now felt led to adopt a girl.

Phillips gave birth to her daughter just two months after meeting Brian and Natalie, who, at the request of Phillips, were not present during the birth.

“I just wanted this to be an intimate moment with my daughter where I can just be her mom, however briefly,” Phillips said.

The night her daughter was born, Phillips asked the nurses to bring her baby to her room. While she initially refused to feed her or attend to her diaper changes because she didn’t want to further bond with her, Phillips wanted to cherish one last moment with her baby.

Phillips said, “I sobbed; I was so overcome with emotion. It was hard but I knew I was doing the right thing for her.”

The next morning, Phillips’ pastor performed a dedication ceremony as she placed her baby with Brian and Natalie. For Phillips, it was a sweet moment in a time that could have been sorrowful. To help prepare her for uncertain times ahead, her adoption counselor had presented her with a “Wheel of Emotions” that listed typical “un-fun” feelings she’d likely experience after placing her child for adoption.

“Yet I remember waking up the next day and I felt a peace that surpasses all understanding,” Phillips said. “I wanted my daughter to have the best shot at having a good life. How could I feel bad about that? It’s what every mother wants for her child.”

Today, her daughter Kaylee is 15 years old and an athlete who enjoys participating in cross-country and track. In the earlier years, Phillips moved around frequently and lived overseas for a stint, but she now resides close to Kaylee and hopes to re-establish a relationship with her. She wants Kaylee to know her two half-siblings.

Phillips said, “I see this beautiful young lady and I think, ‘She wouldn’t be here if I had chosen abortion.’ The decisions you make have a ripple effect and I see how adoption blesses lives. It doesn’t matter about your background; adoption works for everyone. As a birth mother, I’ve experienced how adoption touches lives in a profound and meaningful way.”