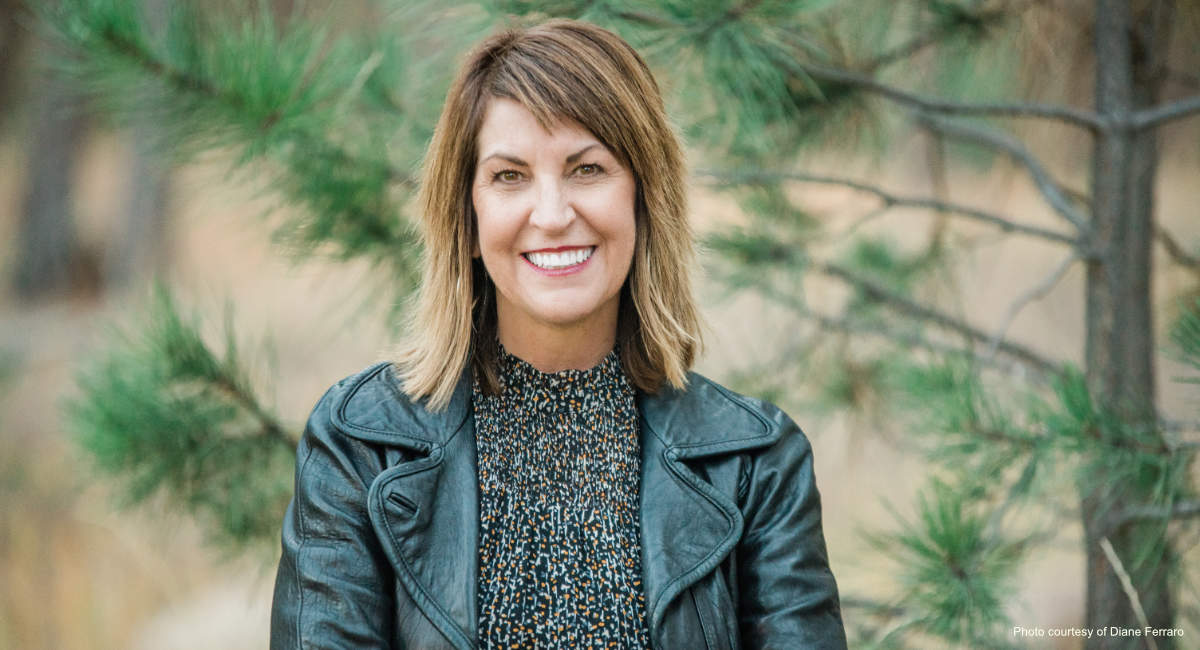 When Diane Ferraro — the first female CEO of pro-life organization Save the Storks — was just five years old, she recalls her adoptive parents telling her she was specially “chosen” to be their daughter.

Ferraro told Live Action News, “Seeing myself through their eyes of love made me proud to be adopted. In the ’60s and ’70s, families kept quiet about adoptions, but my parents were very open about it. I had a wonderful childhood, for which I’m grateful.”

Growing up in a loving environment influenced Ferraro’s pro-life stance and helped to set the course of her pro-life activism years later.

When in her early twenties, Ferraro located her biological mother and connected with her. She learned her mother had been in an unstable marriage and became pregnant, with Ferraro’s conception the result of a one-night stand.

“I had six half-brothers who never experienced the stability I had while growing up,” Ferraro said. “I realized how fortunate I was being placed for adoption with such nurturing parents. It reaffirmed for me adoption as a life-affirming choice.”

Finding purpose in a pro-life organization

The seed for pro-life activism was planted when Ferraro was living in Southern California. In addition to her marketing career, she tutored special needs children and volunteered in the child welfare system. While driving to her job every morning, she’d pass a pregnancy support center and often wondered how to get involved in pro-life activism.

“I was working in the private sector but wanted to use my marketing skills professionally in an organization that advocated for life,” Ferraro said. “It wasn’t until I moved to Colorado that a door opened, and I joined Save the Storks where I could leverage my marketing expertise to support pro-life principles.”

While conducting competitive analysis, Ferraro was thunderstruck at discovering how well-financed Planned Parenthood was. She felt more people needed to step up and help bankroll the pro-life movement to better reach the vulnerable young women Planned Parenthood targeted.

Ferraro said, “I identified a huge gap in financial resources between Planned Parenthood and pro-life organizations. It seemed like such an insurmountable fight, but I was determined to mobilize people of faith and get them involved in drumming up financial support.”

As Ferraro began sharing her testimony about her own adoptive history, her biological mother decided to reveal a shocking secret.

Ferraro said, “She’d traveled to Mexico with a pregnant friend to have an abortion. Her friend had an abortion, but she chose to place me for adoption instead. It’s by the grace of God my mother chose life for me.”

Ferraro understood the importance of church partnerships in the fight against abortion. Four in 10 women who attend church have had an abortion, while 52% claim nobody in their church congregations knows they are post-abortive. Under Ferraro’s direction, Save the Storks provided resources to equip the church and its pastors to support the pro-life movement. Ferraro’s goal was to position the church as a safe place for post-abortive women, but also as a place to obtain vital assistance, whether it was diapers, baby formula, counseling, or a place to live.

“Women in churches are getting abortions and men are paying for it,” Ferraro said. “We need to give pastors the courage to speak up and follow Jesus’s example in the Scriptures. Women were being rushed into having abortions without an alternative. Abortion is never the right answer. Women need time to pause and consider other options like adoption.”

Save the Storks’ faith-based materials include educational videos for pastors and a free online first-aid pro-life ministry (“CPR”) course. The course teaches spiritual leaders how to minister to women facing unplanned pregnancies so that the women feel empowered to choose life for their babies.

“People want pastors to lead,” Ferraro said. “They need to know their churches will be there in times of critical need. Through our faith-based programs, we are offering a multi-faceted approach to ensure women will make life-affirming choices.”

In early 2021, Ferraro was promoted to chief operating officer, and she continues to spearhead innovative ways to help women in crisis. Save the Storks operates 90 mobile medical centers with a goal of 400 units by 2031 in 50 states, equipping pregnancy support centers with medical services to combat the rising demand for abortion pills.

Equally important, Ferraro points out, is empowering men to choose life. She said, “More than 79% of women say if the man in their lives had spoken up, they would have not terminated their pregnancies. So, we created the ‘Dare to be a Dad’ booklet, which we distribute to pregnancy support centers nationwide.”

A new initiative, “For Every Woman” will soon be launched with a mission of providing non-traditional pro-life resources to women, such as connecting them to an array of community services like the WIC program, affordable housing, daycare services, and vocational training.

“For Every Woman is composed of eight pillars of resources to help equip mothers to choose life,” Ferraro said. “We want to ensure women receive support before, during, and after their pregnancies. Churches have an integral role to play and can serve as satellite offices in the same way as Planned Parenthood.”

In addition to her own experience with adoption, Ferraro was a foster mom and adopted a teenager, so her passion for adoption is apparent. She wrote an open letter to California Governor Gavin Newsom which appeared in the Christian Post, stating that had her mother been rushed into getting an abortion instead of having time to consider other avenues, she would not have lived.

Ferraro said, “In reality, the abortion message is about anti-feminism. We in the pro-life movement know that women are strong and brave and quite capable of parenting their children and achieving their dreams. We are committed to standing with these women for life.”

Editor’s Note, 1/9/23: This article has been corrected to show that Ferraro has six half-brothers, Save the Storks’s future goal is 400 mobile units, and For Every Woman was incorrectly named. We regret these errors.