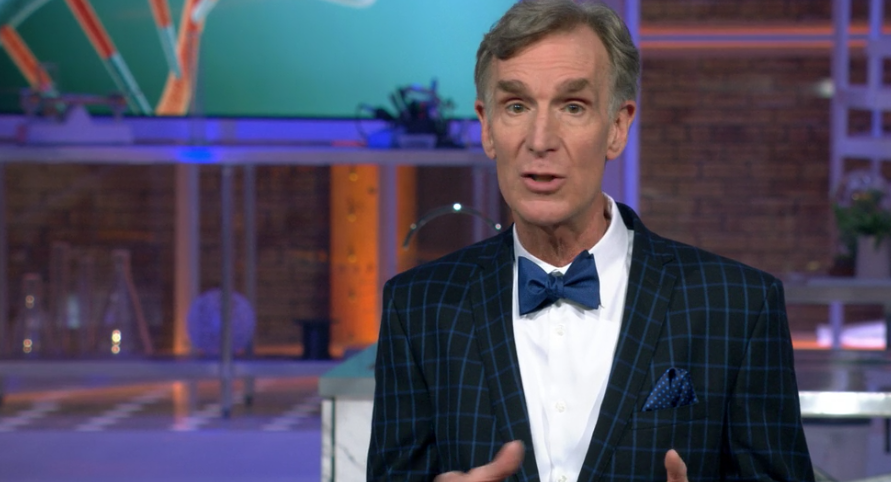 Bill Nye , once known for teaching science tidbits to children as “Bill Nye the Science Guy,” is now known for his mixing of science and politics. One of the issues Nye has spoken out about is abortion, making him sounds not so very scientific in his pro-abortion advocacy. His 2015 video on the subject is memorably full of straw men and false assumptions.

Nye’s new program on Netflix, “Bill Nye Saves the World,” which premiered April 21st, is not much better. The last two episodes of this season take a decidedly ableist and pro-population control stance.

Episode 12, “Designer Babies,” is just as concerning as the casual use of its title. Nye casually admits that “it sounds creepy.” In vitro fertilization (IVF) is a complex issue, scientifically and morally, but you wouldn’t know that from the start of this episode, which utilizes sand dollars, complete with a casual attitude and lame jokes, in an attempt to make a point.

Throughout the episode, Nye obsessively focuses on how IVF can ensure “healthy children.” Using sand dollars for illustration, he says, “in a few days we can test the DNA for each sand dollar embryo and find out if they’re healthy.” And what if they’re not healthy? What becomes of these embryos then? “This is just the latest tool available in sand dollar family planning,” Nye gushes.

As Nye did in the 2015 video mentioned above, he again dehumanizes embryos by referring to them as “fertilized eggs.” At fertilization, however, is a newly created human being — a zygote — which has his or her own DNA, regardless of what genetic screening is involved and of what scientists do or don’t do.

Nye mixes humor and a casual approach to bring up the process of genetic screening, discussing preborn children as if they are a commodity. Nye says, “Until recently when parents had a child they couldn’t know what they’d get, genetically speaking.” He also speaks of how “parents can decide how to proceed,” leaving open the possibility of discarding a newly created human embryo because it may have “an undesirable set of genes.”

It was eventually revealed that Nye has a sort of personal stake in this — a family “health issue.” Ataxia, a genetic disorder which involves the loss of control of movement, runs in Nye’s family and affects his older sister. So the question is, would Nye advocate for his sister having never been born? With his obsessive focus on “healthy children,” it seems he is concerned with future children being affected.

Another theme of the episode was cost. Correspondent Karlie Kloss spoke with parents who turned to IVF because they had previously suffered a miscarriage. She also spoke to a doctor who works at an IVF clinic in Los Angeles. Kloss lamented how difficult the process can be for women, specifically when it comes to the cost of genetic screening. “It costs more money, but what it does is that they could tell, once the eggs were fertilized, which ones were going to be healthy,” she shared with Nye.

Nye’s guest panel included Paul Knoepfler, an author and biologist at University of California-Davis, who said the idea of “changing” embryos was “excit[ing].” “The idea is that that would be better,” he casually stated. One could just imagine the moral ambiguities involved.

Another panelist, Leslie Hinkson, a professor at Georgetown University, said her concern was that only wealthy people would be able to afford designer babies, due to “extreme wealth disparities in this country.” Panelist Camille Hammond, a physician and the CEO of the Cade Foundation, echoed this concern.

Nye’s entire program sprinkled awkward and uncomfortable attempts at humor throughout. Were Nye and his team aware that they were downplaying the serious moral and scientific issues of IVF?

In just one example of insensitivity, Nye introduced one next segment as the “personality issue” of IVF, stating that the “tough question” for those who want to make “the perfect baby” isn’t so much the moral quandaries involved, but rather how to “decide which parent’s traits you actually want.”

Even more insensitive, couples who were interviewed were treated to jokes about the Aryan race and baby super powers, and were asked if they’d “love [their] baby a little bit less” if any particular trait were passed on to their children from their partners. Then the couples were asked to look into the camera and share how they hope their future babies won’t disappoint them.

Nye acknowledges that “people have pretty mixed feelings about the idea of designer babies,” but he never addresses what that might actually involve. Instead, he makes jokes about “chronic lateness,” “living at home with my mom until I’m 28,” and “skinny ankles.”

To “show how this technology actually helps people,” Nye concludes by bringing on Tim Gunn, host of “Project Runway.” A fashion show is then set up to show off families who have turned to IVF and the children they have conceived. Gunn describes one family by announcing:

After four years of trying for a baby with no success, Sarah and Dan turned to IVF genetic screening. Out of eight fertilized eggs, only two were viable. But that was enough for Sarah to finally get pregnant…. Meet the very dapper Lloyd.

Unfortunately, by the end of the episode, this fashion show of IVF families wasn’t all that shocking, given the outrageousness of the entire program.

Congratulations to Bill Nye, who, as he puts on display his failure to have a complete and informed discussion on this important and sensitive issue, succeeds in exploiting children and their families in the process.