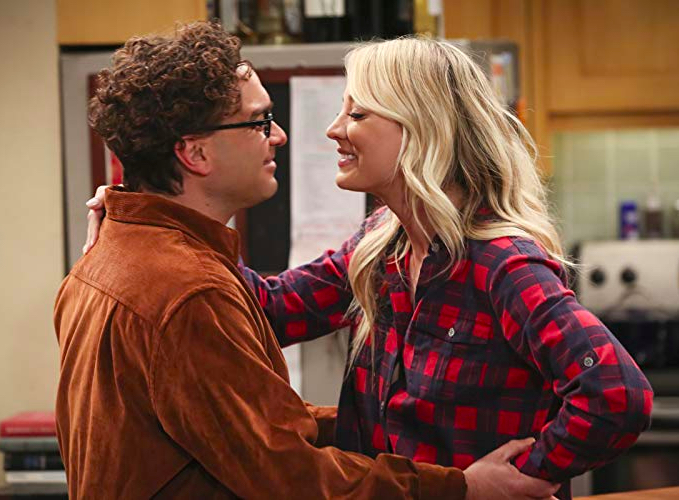 WARNING: Spoilers. Read at your own risk.

The Big Bang Theory finally drew the curtains on its popular saga of young scientists and their awkward social lives with the airing of its 276th episode this month, earning the title of longest running American multi-camera sitcom. The show’s twelfth season brings substantial (but thematically consistent) growth to the otherwise static environment of reliable laughs.

The big surprise: Penny (Kaley Cuoco) — the aspiring actress from Nebraska who moved in next door a decade ago and eventually married experimental physicist Leonard Hofstadter (Johnny Galecki) — has an unplanned pregnancy and is happy about it, despite originally never wanting to have children. Like Kaley Cuoco described her role in a red carpet interview, it’s an “ending yet beginning,” and she’s “thrilled” with the story. “There’s not anything catastrophic, it’s just beautiful,” Cuoco told Entertainment Tonight.

But Vanity Fair columnist Laura Bradley didn’t find Penny’s change of heart and circumstances so endearing, for reasons having less to do with the craft of television writing and more to do with… well, Alabama and pro-life legislation:

The Penny story is not necessarily a problem on its own; some women do change their minds about wanting children after learning they’ve conceived by accident. The issue is how it all unfolded: viewers find out Penny has been secretly pregnant, and never see her find out the news or contemplate what it means for her. Instead, they see a character who has repeatedly stated her desire not to have children suddenly do an about-face for no discernible reason—cheerful and ready to bear children.

Given the recent, alarming wave of punitive abortion restrictions cropping up across the country, including one that passed in Alabama just this week, this might might be the worst possible time to drop a story in which a female character gets accidentally pregnant and does not once contemplate her options.

But while it may be unexpected based upon Penny’s earlier insistence on never becoming a mother, the show’s baby bombshell is, in retrospect, a completely reasonable trajectory for her character growth. The Big Bang story employs an effective staple of comedy throughout the series: characters gradually overcoming their various manifestations of self-centeredness and myopia, and having stellar moments of self-denial, both great and small. Quite memorably, aerospace engineer Howard Wolowitz (Simon Helberg) trades his playboy lifestyle for the commitment of husband and father. Neurobiologist Dr. Amy Farrah Fowler (Mayim Bialik) puts her career research aside to assist her husband Sheldon Cooper (Jim Parsons) in a Nobel-winning physics discovery. Penny is well known for her carefree attitude and love of alcoholic beverages, but she doesn’t let either trump the responsibilities of new motherhood.

When theoretical physicist Sheldon musters the ability to put aside his caustic egotism at the proudest moment of his life – winning the Nobel Prize in physics – he gives heartwarming recognition to Leonard and eight-weeks-pregnant Penny. “I was there the moment Leonard and Penny met. He said to me that their babies would be smart and beautiful,” says Sheldon. “And now that they’re expecting, I have no doubt that that will be the case.”

Writer-producer Steve Holland told Entertainment Weekly that this hearkening to the show’s opening was a key motivator in the Hofstadter baby storyline. “We had talked a lot earlier this season about honoring the pilot, how ‘our babies will be smart and beautiful.’ It was a special moment to us,” Holland explained. “To bring that back around in the finale felt important. It also felt a little bit like people were expecting it, so to write against it all season felt like a way to make that moment play as more of a surprise.”

The arguably pro-life implication on the show is not unprecedented for Big Bang, however. Three years ago the web buzzed about Howard and his microbiologist wife Bernadette (Melissa Rauch) expecting a baby whose personhood was an established part of the storyline.

It’s a theme that is actually a recurrence throughout television in general, which is ironic, considering Hollywood’s very pro-abortion attitude. Lorelai Gilmore’s unplanned teen pregnancy is the backstory of Gilmore Girls, and Rachel Green’s unwed pregnancy through contraceptive failure marks a turning point in her character development in Friends. Lost, 24, How I Met Your Mother, and Monk all feature pro-life decisions in response to unplanned pregnancies in difficult circumstances. Even Lena Dunham’s role in Girls, a show otherwise a carnival of Planned Parenthood values, ends up embracing motherhood in the end.

Contrary to the assertion in Vanity Fair, this likely has little to do with political and cultural climate, and much to do with the pro-life story simply being a better story. No matter how many seasons might be spent laughing at their expense, the pro-family ideals of hopeless romantics like Leonard, Ross Geller (Friends), and Ted Mosby (How I Met Your Mother) usually turn out to be right.

One way or another — and Jane Austen could say she told us so — a good story about overcoming flaws in the human condition often ends in marriage and (or) babies.