As previously reported by Live Action News, earlier this week, President Trump nominated Neil Gorsuch to the Supreme Court of the United States. While Gorsuch certainly appears to be a promising choice for the pro-life community, some pro-lifers have been cautious in their optimism, due in large part to “a relatively thin paper trail of opinions by which to determine how he’d rule in specific cases, including little precedent directly ruling on abortion and no express statements on whether he considers Roe to be wrongly decided.”

While there is still much to be determined regarding Gorsuch’s potential and much to be discussed regarding his stance on specific pro-life concerns, many pro-lifers would be encouraged to know that the pro-abortion camp has come out strongly opposing the nomination of Gorsuch as a threat to big business abortion.

President of the National Abortion Federation, Vicki Saporta, was quick to issue a statement condemning the nomination:

We need a Supreme Court justice who will honor established precedent, including the constitutional right to privacy and Roe v. Wade. That Justice is not Neil Gorsuch…

President Trump promised to put forth a nominee who would oppose Roe v. Wade. We should take him at his word. …We urge Senators to carefully scrutinize the record of Neil Gorsuch, and vote against this nominee, who could jeopardize the lives and health of American women. 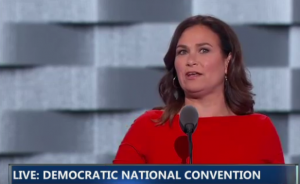 With Judge Neil Gorsuch, the stakes couldn’t be higher when it comes to women and our lives. Gorsuch represents an existential threat to legal abortion in the United States and must never wear the robes of a Supreme Court justice.

With a clear track record of supporting an agenda that undermines abortion access and endangers women, there is no doubt that Gorsuch is a direct threat to Roe v. Wade and the promise it holds for women’s equality. The fact that the court has repeatedly reaffirmed Roe over the past four decades would no longer matter…Confirming Gorsuch to a lifetime on the Supreme Court would make good on Trump’s repeated promises to use his appointments to overturn Roe v. Wade and punish women.

NARAL and our 1.2 million member-activists call on the Senate to reject Trump’s nominee using any and all available means, including the filibuster.

Cecile Richards, president of Planned Parenthood, shared a similar view in a letter to Senators Mitch McConnell and Charles Schumer. While she does not mention Gorsuch by name, it is clear where she stands on his nomination:

In our view, there has never been a more important Supreme Court nomination… Any nominee to the Supreme Court must… be prepared to defend the Constitution against actions that show little regard for the rule of law or our shared American values. This includes upholding the long-standing precedent that women have a fundamental right to control their own bodies, including the right to access safe and legal abortion… This is clearly established precedent, and must not be up for debate. We expect that as the leaders of the Senate, you will hold any nominee put forward by this Administration to this standard.

It is rather telling that some abortion organizations, which enjoy claiming “progressive” status, are afraid of the possibility of change. In a recent poll, only 16 percent of respondents (including only 26 percent of pro-choice respondents) agreed that abortion should be available to a woman any time during her entire pregnancy. Yet, big business abortion and their supporters would rather claim that outdated laws “must not be up for debate.”