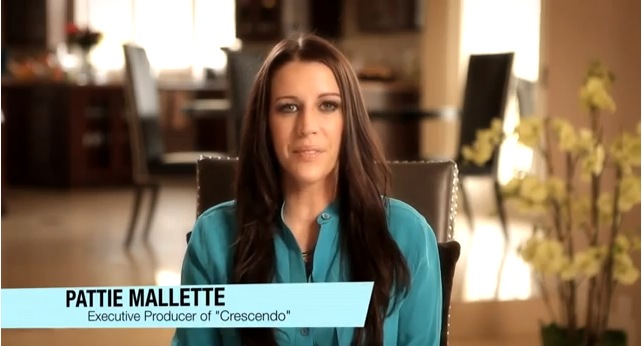 By now, most of us are aware that Justin Bieber’s mother, Pattie Mallette, is involved in a short pro-life film called Crescendo, from the makers of Bella. Mallette, who became pregnant at age 17 after years of sexual abuse, drug and alcohol abuse, and attempted suicide, gave birth to her son despite pressure to abort him. Justin has become a worldwide pop star.

Now, malicious pro-abortionists across Twitter and other websites are attacking Mallette. From the folks over at Jezebel saying Mallette is abusing her son’s status and will be using the film to tell people, “Abortion deprives pregnant women of their maternal right to profit off of their fetus’ future music careers” to totally sane people on Twitter tweeting, “@pattiemallette your anti-abortion movie is SICK. does it justify rape babies? did your dad f$#% you? do you solve the food crisis? DO TELL.” The insults go on and are so over the top that it’s nauseating.

But one website seized the opportunity to further promote Planned Parenthood’s lies regarding the work of crisis pregnancy centers. Oh No They Didn’t, a website devoted to celebrity gossip, wrote a brief post about Mallette and Crescendo, including a link to “some information about the centers that this film (and no doubt the allowance money of some Beliebers) will be making money for.”

That link goes straight to Planned Parenthood’s website, which describes crisis pregnancy centers as “fake clinics” established to scare women into not having abortions. Planned Parenthood says that these centers feed pregnant women lies about what abortion is, tell women they are pregnant even when they aren’t, and show them “frightening films and pictures” to steer them away from abortion. The website urges young woman to go to Planned Parenthood instead.

The truth is actually quite the opposite of what Planned Parenthood claims. In reality, it is Planned Parenthood who covers up the truth and scares young women. The truth is that Planned Parenthood lies about the safety of abortion, the services PP provides, and the development of the fetus. They have also been caught aiding undercover “sex traffickers” and covering up cases of sexual abuse. Why do they care so much if women are advised not to abort? Because they don’t make any money off living babies – only dead ones.

These pregnancy care centers are simply safe havens for young women to get the help they need. They provide free pregnancy tests, counseling, prenatal guidance, maternity clothes, and baby items. They also refer women to doctors, adoption services, and support groups. Plus, they provide support for women who have had abortions. They also don’t abuse Medicaid, but are dependent on donations in order to help women.

Despite every horrible thing that Planned Parenthood has been caught doing, the abortion giant’s backers still blindly follow it, like sheep to the slaughter. They’ll even attack a woman who is simply standing up for what she believes in, proving once again that many pro-abortionists don’t really care about anyone.

And if Bieber’s fame can help promote the Right to Life movement, that is something pro-lifers can celebrate.