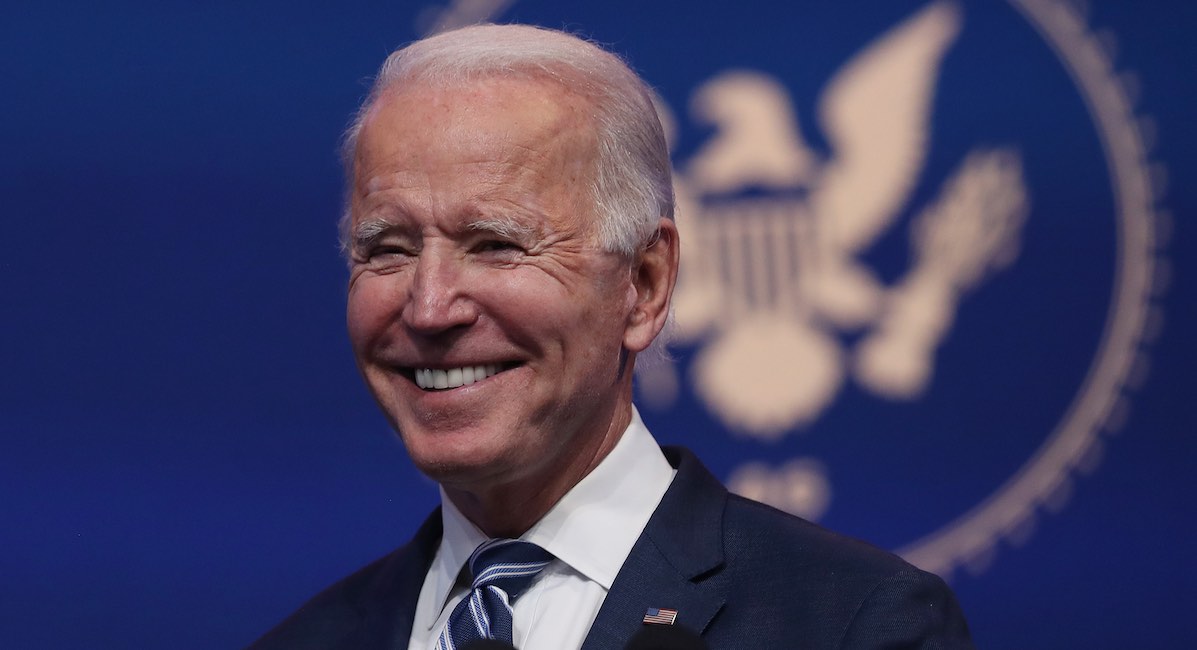 On Tuesday, May 10, Washington Monthly published an opinion piece by Emily Crockett entitled, “Why Biden Needs to Go Big on Abortion.” It’s little more than a jumble of factual inaccuracies, distortions, and pro-abortion propaganda.

It does not treat illness, because pregnancy is not a disease. Indeed, the abortion pill regimen is not medicine. Crockett further bemoans the fact that the abortion pill is “more heavily regulated than fentanyl.” One cannot help but wonder whether Crockett would analogously argue that other things people might use to harm or kill others (like certain weapons, for instance) should be de-regulated. After all, this would be the only logically and morally consistent stance for her to take.

Crockett also contends that Rep. Henry Hyde — after whom the Hyde Amendment, which blocks most public funding for abortion, was named — “openly admitted that his measure targeted poor women.” To support this claim, she cites an American Progress piece which quotes Rep. Hyde as saying: “I certainly would like to prevent, if I could legally, anybody having an abortion, a rich woman, a middle-class woman, or a poor woman … Unfortunately, the only vehicle available is the … Medicaid bill” (emphasis added).

How Rep. Hyde’s candor regarding his wish that all abortions be eliminated can possibly be construed as an admission of an agenda against the poor is rather baffling — but so is the “logic” that eliminating poor and minority children is somehow socially just.

Crockett plays fast and loose with the truth throughout her piece. For example, she maintains that many abortion “patients” (language that is, in and of itself, a distortion, since, as previously stated, pregnancy is not an illness) are “forced” to “endure humiliations like forced ultrasounds [and] medically inaccurate anti-abortion ‘counseling.’”

An ultrasound before a surgical abortion is largely standard based on the preference of the abortionist, who needs to know gestational age for both cost and procedure type. Many abortion practice guidelines recommend the use of ultrasound for the safety of the woman. The actual abortion procedure — which, if surgical, is intensely invasive, or, if chemical, generally requires a woman to flush her baby down the toilet alone at home — is far more “humiliating” than any ultrasound. The only person “humiliated” by a mere ultrasound is someone who prefers to believe a lie about what, exactly, they are aborting.

As for the assertion that the counseling many women must receive prior to abortion is “medically inaccurate” — it’s telling that Crockett doesn’t provide a single example or piece of evidence to support her claim. Crockett also contends that “conservatives are more than happy” to use “disinformation… to justify banning or restricting abortion,” but again fails to substantiate or elaborate upon her statement, instead linking to a pro-abortion Rewire smear piece that is itself full of disinformation.

Next, Crockett cites two dubiously derived statistics. First, she claims that six in 10 Americans support Medicaid funding for abortion. But this statistic comes from a 2019 poll conducted by a research organization with ties to Planned Parenthood and the pro-abortion Bill and Melinda Gates Foundation. A more recent (2021) Marist poll, on the other hand, found that the exact same margin — 6 in 10 — oppose the use of taxpayer dollars for abortion. In 2019, pro-abortion Slate writer William Saletan admitted that taxpayer-funded abortion is unpopular across the board, even among women, writing:

Respondents support “banning federal funding for abortion” except in rape cases or to save the woman’s life (Politico/Morning Consult, 2019). They believe that “government health insurance programs for low-income women, like Medicaid,” should not “cover abortion” (PRRI, 2018). They oppose “using tax dollars to pay for a woman’s abortion” (Marist, 2019). They oppose allowing “Medicaid funds to be used to pay for abortions” (Politico/Harvard, 2016). When they’re told that “the Hyde Amendment prohibits federal funds from being used to fund abortions, except in the case of incest, rape or to save the life of the mother,” they endorse the amendment (YouGov, 2016).

These polls aren’t close. The average gap between the pro-funding and anti-funding positions is 19 percentage points.

Later, Crockett states that seven in 10 Americans support legal abortion. This statistic, like its predecessor, is taken from a pro-abortion source: the Kaiser Family Foundation. What Crockett omits, and what even the poll she cites mentions, is that most Americans support significant restrictions on abortion. In fact, according to the previously-cited 2021 Marist poll, “A slim majority of respondents said abortion either shouldn’t be permitted at all or should be legal only in cases where a mother’s life is in danger or when she has been the victim of rape or incest.”

This is hardly the picture of the vastly pro-abortion populace Crockett describes.

If these issues alone didn’t mark this piece as propaganda, the rhetoric employed by the author surely seals the deal. The title alone is a glaring example: how can Biden “go bigger” on abortion than this country already does? The U.S. is one of only seven countries in the world that allows elective abortions up to birth. Seven. Four of the others are totalitarian regimes and/or dictatorships.

Crockett also complains that Biden hasn’t used the word “abortion” in public since taking office, writing that this “reinforces the social stigma that considers ‘abortion’ a dirty word instead of basic health care and a human right…” Well, perhaps Crockett hasn’t seen that it’s now preferential to refer to abortion as “reproductive justice” or “reproductive rights” instead of “abortion.” There are so many euphemisms for killing preborn children, one could be forgiven for not knowing which is the current order of the day.

“Abortion” may not be a dirty word, but it is a dirty deed — it always kills someone, and sometimes kills the so-called “patient” as well. If there is “social stigma” around abortion, perhaps that’s the reason why. Furthermore, any “procedure” which kills a human being can never be deemed “health care” or a “human right.” To use such terms to describe a violent procedure which never cures and always kills is pure propaganda.

So yes, there is a reason for President Biden to be “so shy” about beating the abortion drum, contrary to Crockett’s assertions. A majority of Americans do not support the measures she proposes, nor do most Americans relish glibly discussing the grisly murder of innocent children. Biden could try to “go big” on abortion in a manner consistent with Crockett’s fantasies — but, if that were to happen, the next election cycle could see Americans giving the clear, resounding reply: “Go home.”