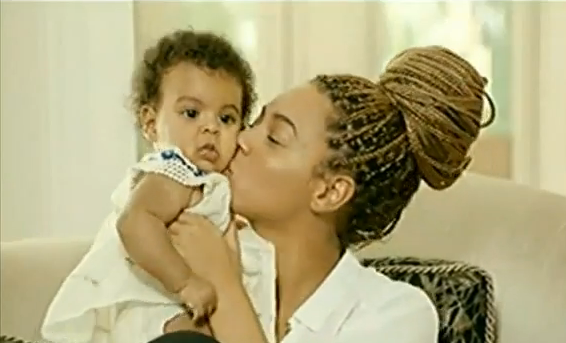 She’s getting this part right.

Superstar songstress Beyoncé Knowles, aka Mrs. Shawn Carter, probably doesn’t realize it, but her new documentary, Life is but a Dream, is doing a serious disservice to Barack Obama’s pro-choice agenda. During the 2012 campaign, pop star/Obama BFF Beyoncé hosted a $40K-a-plate campaign fundraiser for the president at Jay-Z’s exclusive 40/40 Club. She and stage mother Tina Knowles even designed a t-shirt to raise money for Runway to Win. 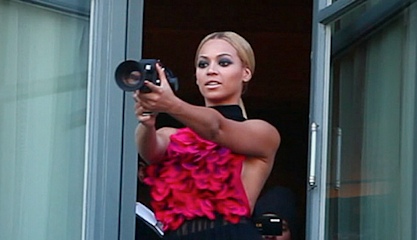 Then, barely a month after she proudly lip-synched her way through The Star-Spangled Banner at the president’s inauguration, Beyoncé debuted in a self-directed, self-produced 90-minute “look at me, I’m Queen B” HBO documentary about herself. The two things the HBO Beyoncé-mentary confirmed were that Beyoncé thinks very highly of herself and that although she identifies with the likes of Barack Obama, when it comes to pregnancy and childbirth, she doesn’t toe the liberal pro-choice line.

In fairness, it is possible that Beyoncé isn’t aware of how her lamenting a miscarriage and admission that hearing a baby’s heartbeat in the womb is “the most beautiful music [she] ever heard in [her] life” could negatively affect Barack’s anti-Born Alive Act ideology. After all, Beyoncé did dance up a storm in a Michelle-inspired “Move Your Body” video and then went on to sign a $50-million deal with PepsiCo, apparently without a thought as to how becoming the face of Pepsi could undermine Michelle Obama’s “Let’s Move”-away-from-sugar initiative.

America knows where Barack Obama stands on the issue of abortion. However, it is confusing when a superstar like Beyoncé says things about pregnancy like “It is the most powerful creation for you to be able to have life growing inside of you. There is no bigger gift, nothing more empowering” – and then endorses a president who believes that saying when life begins is “above [his] pay grade.” 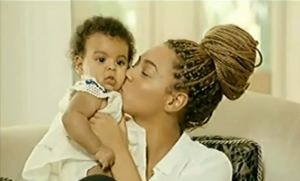 After the 2012 birth of Mr. and Mrs. Carter’s daughter Blue Ivy, in an interview with U.K.’s Star Magazine, Beyoncé said, “You have the instant connection once you know your child is growing inside you…from the time I knew I was pregnant we have been parents.” Sentiments like those indicate that Beyoncé didn’t read the Planned Parenthood talking points memo prior to the interview.

And it gets better. According to Beyoncé – one of Barack Obama’s biggest celebrity supporters – if you’re pregnant, you’re carrying “a child” and are being granted “an opportunity to bring a life into the world.”

In Life is but a Dream, Beyoncé continues the pro-life theme when she shares her sadness over the loss of her first baby in the early stages of pregnancy. The young mother said that when she first heard the baby’s heartbeat, she immediately picked out a name and “envisioned what [the] child would look like.”

In a prior interview, the megastar had already discussed that devastating loss. Beyoncé said that upon learning that there was no longer a heartbeat, she went to the studio and penned and then sang a song she called “the saddest [she had] ever written.” The words to the unnamed track are those of a bereaved mother telling a baby that would never to be born, “I’m longing for your heartbeat, heartbeat.”

By being such a staunch supporter of Barack Obama, and then sharing  maternal feelings toward an unborn child with a name and a face,  Beyoncé certainly does nothing to reinforce the “blob of cells” argument that liberals depend upon when justifying abortion.

Beyoncé also expressed the strong belief that a miscarriage teaches a woman things about pregnancy – “Especially after losing a child, the pain and trauma from that just makes it mean so much more to get an opportunity to bring a life into the world.”

Two years after her miscarriage, Beyoncé was blessed when she conceived Blue Ivy. In the documentary, the 17-time Grammy-winner rubbed and cradled her swollen belly on camera and showed clips of her announcing her pregnancy on the MTV Music Awards show in 2011. It was there that Beyoncé looked into the camera and said that the “baby wants to introduce herself.”

With all the heartbeat talk and the black-and-white sonogram popping up on the TV screen, one would think Planned Parenthood would request that the documentary be removed from prime time for supporting “informed consent” and promoting what the abortion-backers refers to as an “invasive procedure.”

The documentary even included intimate footage of Beyoncé preparing to give birth and husband and rapper Jay-Z awaiting the baby’s arrival. After the precious Blue Ivy Carter was born, Beyoncé said that “I felt like God was giving me a chance to assist in a miracle.” He certainly was!