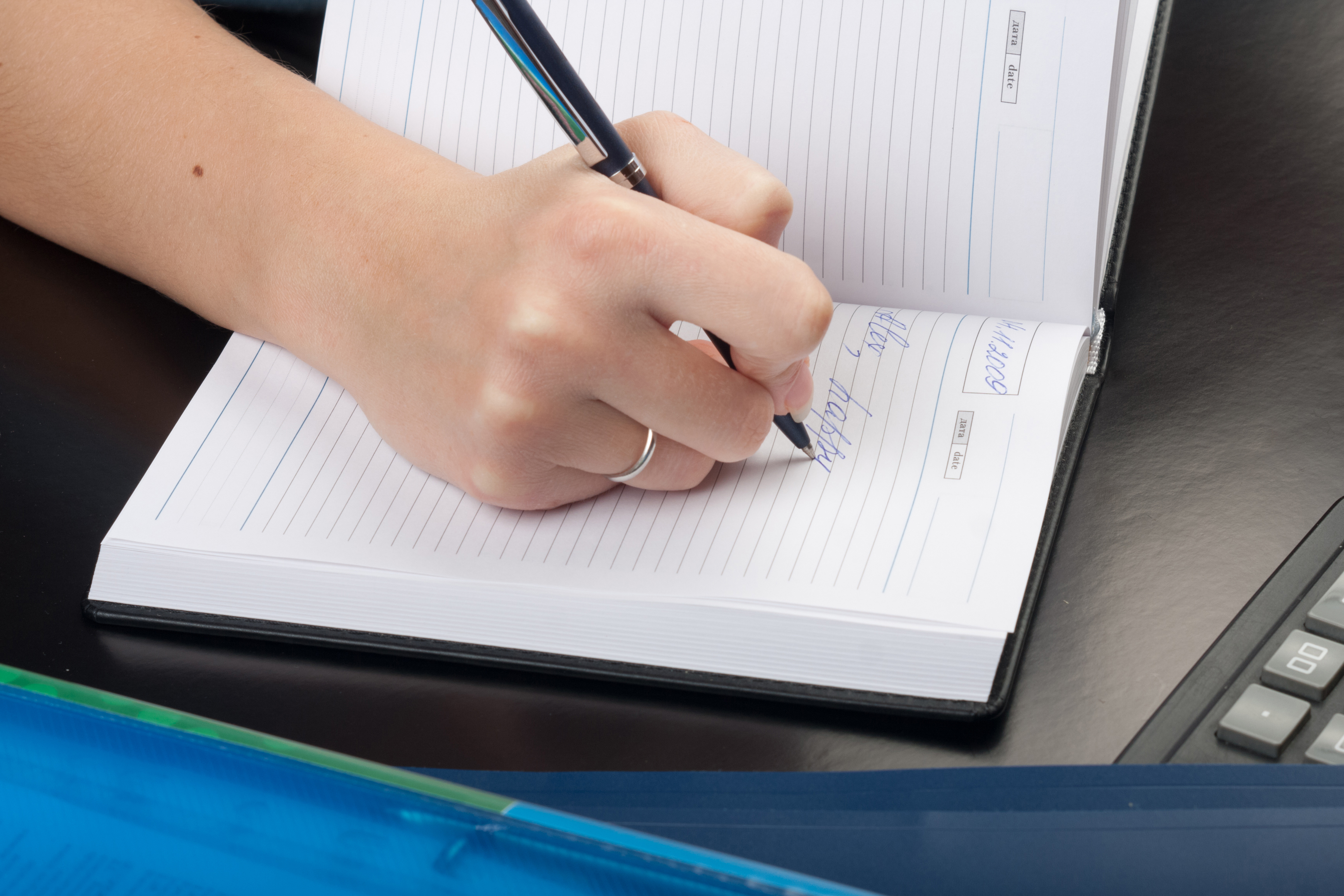 A survey of some of the pro-life initiatives currently galvanizing the movement. 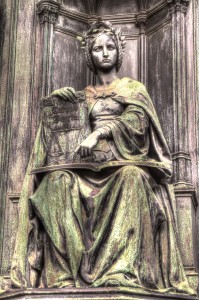 No matter our strategy, we all seek justice for the innocent and help for the voiceless.

Within the pro-life camp, there are various strategies, all aimed at ending abortion. Some pro-lifers believe that abortion will never end until we change the culture – the hearts of our people. They often work for social, rather than legal, change. Others advocate for only those laws that will end all abortion – no exceptions, no gradual timelines – nothing but an all-out ban. Their goal is to leave no babies behind. Still others believe in the so-called “incremental strategy.” Step by step, they work to eradicate abortion from our culture and make it unthinkable in theory and illegal in law.

Naturally, the different pro-life strategies propose different types of legislation, including laws on fetal homicide, fetal pain, personhood, ultrasound, women’s right to know, clinic regulations, gender-based bans, defunding Planned Parenthood, and no legislation at all. Legally and culturally speaking, what are the best- and worst-case scenarios presented by these various ideas? In a two-part series, I’ll give you a quick personal critique of nine types of pro-life legislation.

As of April 2012, a grand total of 38 states plus the federal government have passed fetal homicide laws. These laws declare that when an unborn child is killed during the assault or murder of her mother, the offender can be charged with the killing of the child. Many of the laws define the unborn child as a “person,” while several others focus on the loss of the child as a further injury to the pregnant woman rather than the loss of another human being.

While fetal homicide laws specifically except abortion, they define unborn children as human beings and/or people in the law and perfectly illustrate the contradiction of allowing mothers alone to kill their children. In addition, some believe that lawsuits based on fetal homicide laws will one day overturn Roe v. Wade.

Fetal homicide laws are also very contradictory on their faces. While they often establish an unborn child as a human being and/or person with rights, and while they establish a punishment for their killing, in the same breath, they give their mothers the right to end children’s lives. The federal law makes a specific exception for “any woman with respect to her unborn child.” As you can imagine, this contradiction highlights the pro-life position almost perfectly: how can the unborn child be recognized as a person, yet freely killed only by his mother? What a dichotomy – and one that I believe could be used to prove a violation of equal rights on behalf of the unborn child.

While fetal homicide laws may prove to be a springboard for effective lawsuits, and while they illustrate the pro-life position, they are not much more than an illustration on their faces. (I am not discounting the value of punishing those who kill pregnant women or their unborn children. This has a value all its own – it just doesn’t serve to end abortion.)

Simply put, fetal homicide laws don’t save lives – unless you think a criminal will abandon his ill intent after discovering that he can be charged with two murders instead of just one. And fetal homicide laws clearly don’t end abortion on their faces. Some would argue that fetal homicide laws even ingrain abortion more deeply into the culture since they provide an exception for abortion.

I believe that it all comes down to the wording. For the purposes of ending abortion, a fetal homicide law that is focused on the woman’s injury instead of the baby’s personhood is not effective. However, a law that establishes an unborn child as a human being/person with rights does take us in the right direction. Colorado’s abortion-neutral fetal homicide bill (which has not yet passed the legislature) provides a model way to avoid the worst-case scenario of ingraining abortion deeper into law.

Fetal pain laws have been springing up around the nation lately and inserting themselves into media coverage of the pro-life issue. Eight states have fetal pain laws on their books, and one other state restricts abortion at 20 weeks – the typical time when fetal pain laws go into effect.

The bottom line is that fetal pain laws undoubtedly save lives. In addition, they add tangible humanity to the public’s view of unborn children, as these laws clearly state that some unborn children feel pain.

In Georgia, where a fetal pain law was recently passed, Dan Becker, president of Georgia Right to Life, stated that approximately 1,500 lives would be saved every year. Certainly, it is better to save some lives than to leave them all behind.

It is good for the public to know that unborn children feel pain, as this serves to humanize them. Fetal pain laws keep the issue of abortion in the face of the public and teach Americans that we are putting thousands of innocent human beings through painful deaths for our own convenience. 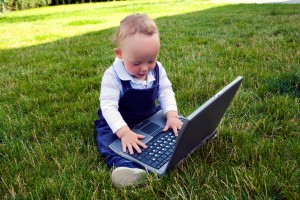 I've often wondered what the babies would think of our various strategies to save them...

While these laws commonly set the threshold at 20 weeks, based on scientific studies, there is evidence that unborn babies feel pain months earlier – potentially as early as 5.5 weeks.

These laws may arguably serve to motivate the public to only protect those humans who experience pain. Our humanity ought not to be based on the level of pain we suffer. Murder is not right simply because it is not painful.

In addition, fetal pain laws – as currently written – cannot challenge Roe because some regulation is allowed in the second and third trimesters and most fetal pain laws do have some exceptions. Georgia’s fetal pain law is an example of overly broad exceptions – by a long shot. Under this law, some disabled babies are excepted from the 20-week abortion ban.

While various versions of personhood legislation have been cropping up around the country for at least the last five years, the foundational principle is simple. Personhood laws declare that, from the moment a unique human life begins, every human being is a person with the equal right to life under the law.

Personhood has currently proven itself to be the best way to challenge Roe. Check out what’s going on in Oklahoma right now. Personhood undermines the very foundations of Roe, as Justice Blackmun stated that “[i]f it were established that an unborn fetus is a person …  [Roe] would have an almost impossible case.” Obviously, if personhood were upheld by the Supreme Court, Roe would have to be overturned. Some personhood advocates argue that abortion should be returned to the states, while others argue that personhood can demonstrate that the unborn have a right to life under the 14th Amendment of the U.S. Constitution.

While personhood is one of the fastest-growing wings of the pro-life movement, it is no secret that there are heavyweights on both sides of the issue. For example, Liberty Counsel and the Thomas More Law Center, two stellar legal organizations, support personhood legislation, while the national Eagle Forum and National Right to Life oppose it. The main argument in opposition to personhood is that now is not the right time to bring a challenge to Roe. Some argue that the Court is not yet ready to overturn Roe, and that we should wait until at least one more conservative, constitutionalist justice is appointed.

I will comment personally on this legislation, as I was the spokesperson for the first Personhood Amendment to make a state ballot in the nation (Colorado, 2008). Along with many others, I believe that now is the right time to do the right thing. It is wise to heed the counsel of others who are experienced and knowledgeable. However, I firmly believe that personhood is a strong legal strategy.

I also know that no one – myself included – can predict with 100% certainty how the current Court will come down on personhood. No one can predict who the next president will be. If Obama is re-elected, we are almost guaranteed to have a far worse Supreme Court for decades. Do we really want to stand back and say we brought nothing before the Court because we merely assumed that Roe would be upheld?

If Roe were upheld, abortion laws across the nation would remain the same as they are today – it would not take us backwards. There is no evidence that the current Court would come down with a stronger pro-abortion ruling than Roe or Casey. I personally believe that we cannot let fear or personal assumptions stop us from trying everything in our power to protect every innocent life now.

Check back next week for Part II of my critique on pro-life legislation, and give me your comments! I truly believe we all can and should work together – not against each other. What, in your opinion, is the most effective pro-life legislation and why?