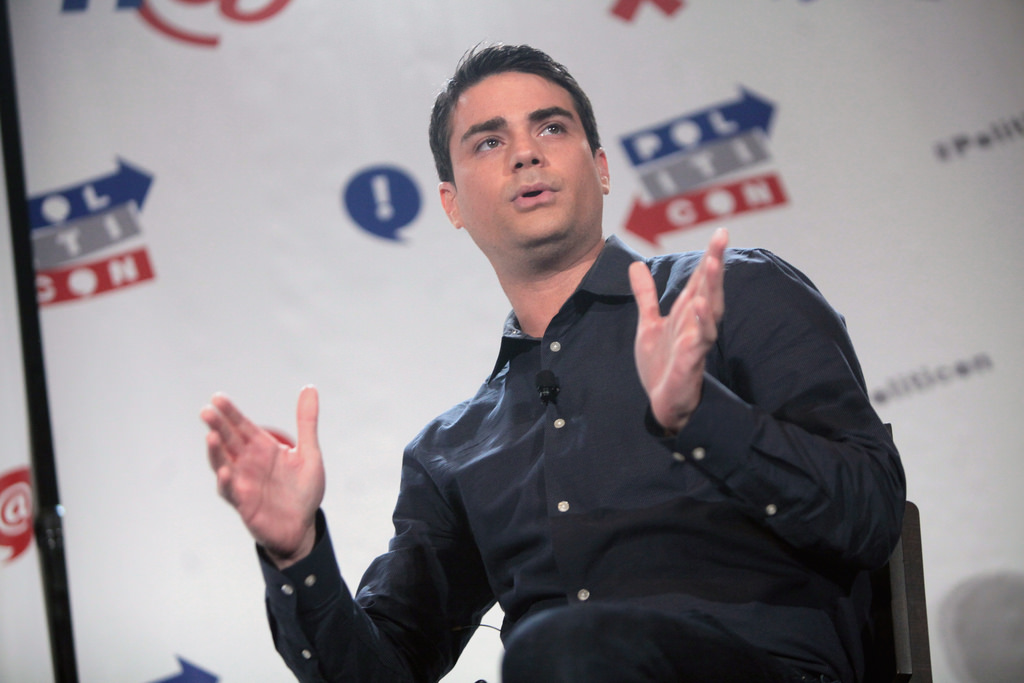 After Donald Trump spoke about the reality of late-term abortion in the United States, scores of pro-abortion celebrities quickly came forward to attack him for it. One of them was John Oliver, a British comedian and political commentator. He currently hosts a late-night talk show on HBO called “Last Week Tonight with John Oliver.”

This week, he was a guest at the Center for Reproductive Rights 2016 Gala, and of course, he took the opportunity to promote abortion. According to Oliver, it’s because Trump doesn’t understand anything about biology or medicine.

“In terms of the communication about reproductive rights and the conversation that is so important; we really did potentially hit an idea in the modern era during that third debate because his discussions of late-term abortions showed no real understanding of how abortions work, no clear understanding of the basic biology of women’s bodies, and a very poor sense of grammar as well,” Oliver said. “So I guess we got, in a sense, what we were asking for. If you ask Donald Trump to draw a Fallopian tube, I cannot imagine what you would get back other than a child’s drawing of a cobra.”

Shapiro pointed out that what Trump was talking about wasn’t actually biology or grammar, but late-term abortion. He then described what does happen during a late-term abortion, according to americanpregnancy.org.

“The fetus is rotated; forceps are used to grasp and pull the legs, shoulders and arms through the birth canal,” Shapiro explained. “A small incision is made at the base of the skull to allow a suction catheter inside. The catheter removes the cerebral material — that would be the brains — until the skull collapses. The fetus is then completely removed.”

He explained that this procedure is the dilation and extraction procedure, one of three commonly used late-term abortion methods. Another one Shapiro mentioned is a dilation and evacuation, where the abortionist uses clamps and forceps to dismember the baby, and dismember the child limb from torso. The third method is an induction abortion, described here by former abortionist Dr. Anthony Levatino, who is now pro-life:

An induction abortion takes several days. The abortionist will start by injecting a lethal dose of digoxin through the mother’s stomach into her womb, targeting the preborn baby’s head, torso, or heart. If the abortionist misses the baby, releasing the digoxin into the amniotic sac instead, the baby will still die, but it will take much longer, increasing the baby’s suffering. After injecting the digoxin, the abortionist inserts laminaria sticks, or sterilized seaweed, into the woman’s cervix to begin dilation.

These are the realities of late-term abortion that Oliver and his pro-abortion allies in the media will not mention. And Shapiro held nothing back — he slammed Oliver for his dishonesty.

“Draw it; let’s see it. I want to see you get down there with a piece of paper, and I want you to draw me what you think an abortion looks like. It’s not waving a magic wand, and it’s not getting rid of a cluster of cells that mean nothing. I want you to sit there and draw what it looks like when a baby is cut into pieces and removed from the womb. I would like to see that.”

You can see the full video of Shapiro’s takedown here:

There’s a reason that pro-abortion activists don’t get specific about what an abortion entails. If people knew the reality of how brutal it is, how gruesome and violent the procedures are, they would be much less likely to support it. That’s why people like Oliver are so quick to dismiss it or to use pithy little statements. But the truth can’t be covered up or hidden. It always comes out, no matter how much pro-abortion extremists try to hide it.