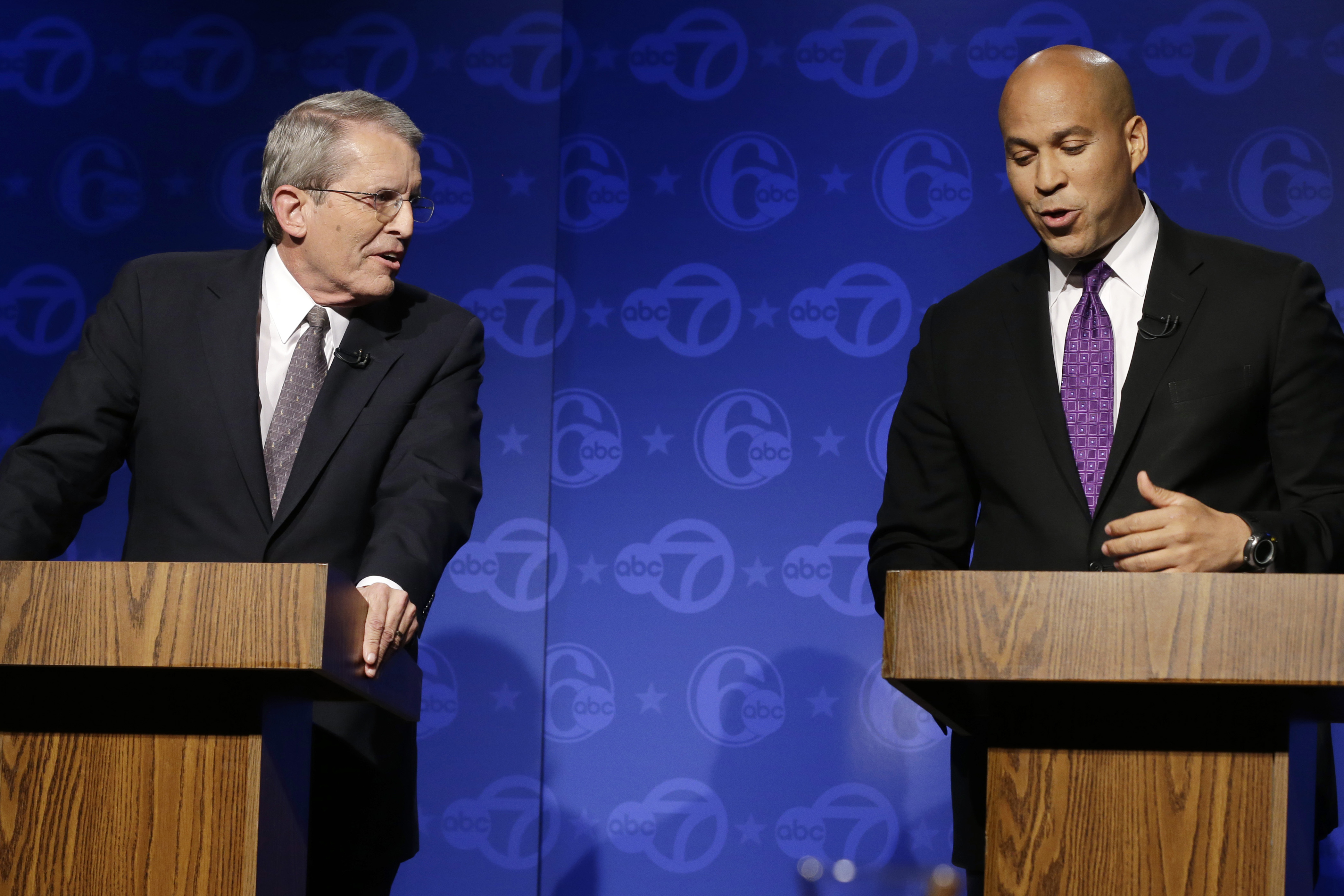 This election season has seen no shortage of ostensibly pro-life politicians who thought shameless pandering might get their pro-abortion tormentors off their backs. Still haunted by the specter of Todd Akin, these would-be leaders apparently cannot imagine a path to political success that doesn’t include copious amounts of groveling.

Fortunately, there are still some Republicans who don’t scare easily—and actually have the competence to stand firm without shooting themselves in the foot. During last week’s New Jersey Senate debate (transcript only, no video currently available), Democrat incumbent Cory Booker asked Republican challenger Jeff Bell:

BOOKER: You’ve consistently shown that you want to deny women their freedoms and rights to make their own healthcare decisions, even in the most extreme cases, if somebody is raped or a victim of incest. I want to know and understand, why don’t you trust women in those extreme cases, where they are victims of such violence and raped, to make their own decisions? Why do you believe that men like you should tell women what they can do with their bodies?

Normally, bringing up abortion and rape in the same sentence is Republicans’ Kryptonite, striking them with a visceral need to change the subject as soon as possible. No doubt Booker expected to nab some easy points here, and maybe a bonus sound byte along the lines of “legitimate rape.”

What he got, however…

BELL: Certainly women have bodies and I respect that, they need to take care of them and have the right to preserve their bodies. But unborn babies have a body too, Senator. They have a full complement of DNA, the human genome, things that we’ve found out since 1973. Cory Booker was once a one-celled zygote. And normally, a one-celled zygote grows up to be a human being, maybe even a US Senator, which I give you credit for.

But I would have a hard time looking a woman in the face and saying, ‘even though you became pregnant through a rape you should carry your child to term because it has a body, it has its own life.’ But I would find it even harder to go to the most recent Miss Pennsylvania, who has worked for rape victims but who herself was the product of a rape, and tell her, ‘you don’t deserve to live.’ [Emphasis added.]

Ladies and gentlemen, the anti-Akin has arrived. Sadly, the exchange happened during a lightning round so we don’t have a response from Booker to analyze, but having seen the video before it was taken down, I can confirm that the look on his face was priceless.

Bell’s answer should be the template for every pro-life politician in the country. Campaigns could save thousands of dollars on overpaid hack consultants by just printing off this transcript and reading it every night.

He opens with respects for women’s rights, transitions to a succinct explanation that someone else’s rights are at stake here too, acknowledges the pain and difficulty of rape pregnancies, and respectfully but uncompromisingly puts them in perspective by putting a face to those the hard cases ultimately target. That’s all you need. No strange proclamations about the mechanics of rape impregnation. No idle speculation about divine will. Just a calm insistence that we keep in mind everyone affected.

If we are to change the public’s reluctance to protect the unborn in these cases, the key will be turning their perception of abortion’s victims from mere hypotheticals into real, relatable people. Valerie Gatto was an excellent example; others include Monica Kelsey, Sherrie Eldridge, Rebecca Kiessling, Wendy Sikes, Jenni Maas, Ryan Bomberger, Kristi Hofferber, and more.

It’s telling that, of what little pro-abortion analysis of the debate has popped up online, it completely ignores that part of Bell’s answer. A blogger at the left-wing BlueJersey.com instead ignorantly rambles about the supposed ridiculousness of saying we were all once zygotes. Granted, it’s true that Bell misspoke in suggesting a zygote “grows up to be a human being” when the truth is that it already is one, but his off-the-cuff imprecision pales in comparison to the ignorance of Mr…uh, “vmars,” whose entire post is predicated on the straw-man that pro-lifers want to protect the mere potential to become a human (i.e., why don’t we protect individual sperm and eggs).

“Every single position when it comes to abortion is about a point along the process for creating a new human,” he writes. “There is no ‘start’ to it where you can draw a bright line like Jeff Bell wants to. It’s gray at best, and mostly a matter of opinion.” Actually, fertilization—before which there exist only sperm and egg, which are genetically and functionally mere parts of the parents; and after which a new human being now exists—is about as bright a line as you could ask for.

Clueless about embryology though the folks at Blue Jersey may be, they helpfully demonstrate how little there is to fear from defending a pro-life declaration like Jeff Bell’s. The science is irrefutable and easy to explain, and while the prospect of continuing a pregnancy caused by rape will continue to rightly tug the heartstrings, no humane observer’s heartstrings can deny the pull of asking whether someone like Gatto should be dead right now.

At worst it would be a wash—with the scales ripe for further tipping by focusing on the majority’s support for protecting babies from the vast majority of abortions, the fringe pro-abortion absolutism of candidates like Booker, and the occasional reminder that pro-choice politicians’ support for rape victims tends to fade when the subject changes away from abortion.

Naturally, the media is less interested in publicizing articulate pro-lifers than foolish ones, meaning Jeff Bell’s performance won’t get the attention it so richly deserves. But future candidates who are willing to do more homework than just ape conventional wisdom will be hard pressed to find a better example this election cycle.