On this past December 18 I was busy gathering Christmas presents for our client’s at the Pregnancy Resource Center I work for. We connected with the post office, a boy scout troop, a high school and individual donors to make sure our client’s kids would wake up to presents under the tree. I was in my office scratching the sticker of a Beach Barbie when my coworker Donna came in to give me a message. She told me that since I’d been working so hard, I deserved a lunch away from the office. The idea didn’t make much sense to me at the time. My office floor was covered with toys, packages were yet to be picked up, people were calling the center left and right. I couldn’t go out for lunch. 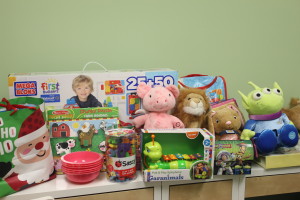 Donna insisted that I follow her into the foyer. When I did I saw a woman I didn’t know standing there. Donna told me to take her hand and follow her outside. “Do you know her, I asked?” She smiled and told me to just go. I walked outside and lo and behold a beautiful black stretch limo was parked in front of our center. At this point it began to feel like a dream. Was I about to get engaged? I didn’t think my boyfriend would go to all this trouble for a nice Wednesday lunch date. I did have a Christmas wish to be engaged before the New Year. We had talked about a summer wedding and I thought he’d be proposing soon. All these thoughts and more raced through my mind as I sat in the limo. 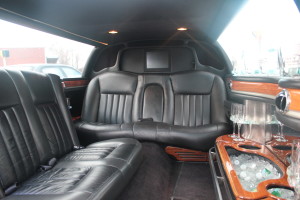 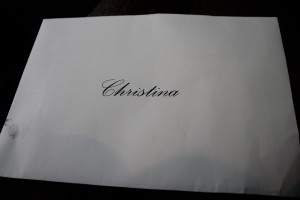 A letter with my name on it was on the seat next to me. When I opened it I found a sweet note with instructions to relax, enjoy the ride and press play on the DVD player. It took me a while to find the play button which made me fear I’d ruin my own engagement. Thankfully I figured it out, pressed the button and began to watch a DVD with my boyfriend cast in the starring role. The video was part documentary, part romance film and part music video. My boyfriend sat before the camera and talked about our lives. He showed pictures of his childhood, teenage and adult years and all the challenges and victories he encountered. After that he began to talk about my life. He’d taken pictures from my Facebook account and put together a beautiful collage of my life. Before he got to my college friends and the years I spent in Atlanta, he showed a single picture of a fetus.

When it came on the screen he began to say how grateful he was to my mom for not aborting me. That’s when the tears began to fall. It wasn’t just because I was in a limo possibly on my way to a proposal. I cried because as I watched the video I realized I was driving into Hartford, CT. In a hospital in Hartford, CT 32 years ago I had an appointment to die. Now I was driving into that city in a limo, going to a mysterious appointment that would change my life.

After the video ended the car pulled up to my boyfriends church. The driver told me to walk up the stairs and open the door. When I did I found a almost empty chapel and my boyfriend on his guitar with a friend on the piano. He sang our special song to me and afterwards he opened a black box, got on his knees and said, ” Christina Marie Martin, will you marry me?” I screamed YES!!!! I did a lot of screaming that day. 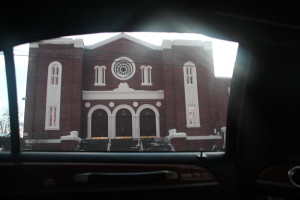 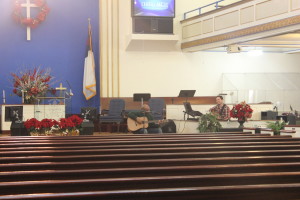 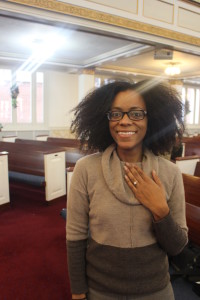 Afterwards when he was fixing up things in the church, I took a moment and sat down at the altar. I went right up to the altar and knelt before God. I just wanted to stop and thank him. I thanked him for saving my life. I thanked him for sending me a man who truly loves me more than I’ve ever been loved. I thanked him for letting a miracle of life happen in the same city where I could have died.

It’s surely the start of something wonderful. It’s a dream come true that wouldn’t have come true if my mom hadn’t said yes to God. She said yes to the little janitor in the hospital who asked, “Do you want to have this baby?” Beyond that she was saying yes to me and to all of my future dreams. When I called her to tell her the news she screamed and began to cry. Later she told me she has to get ready for the event of her life. This will be her first and only time being the mother of the bride in a wedding. I know she’ll be stunning because she’s beautiful through and through. My boyfriend, now fiance talked to my dad beforehand and He graciously gave him his blessing. I called my dad afterwards and I told him to get ready to walk me down the aisle! 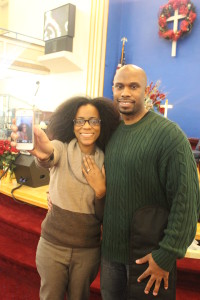 I’m still in awe of everything. The ring is sparkling on my finger and my heart is full of hope. I’ve always said there’s no such thing as an unwanted child and it’s true. I was single for all of my twenties, suffered rejection as a child and years of teasing. God rescued me at birth, rescued me again as a young woman and showed me that I was His princess. God let me know He wanted me and one day a handsome prince would too. He was right. I’m getting married!!!! I got a gorgeous engagement ring this week, but the greatest gift I’ve ever received is my life.