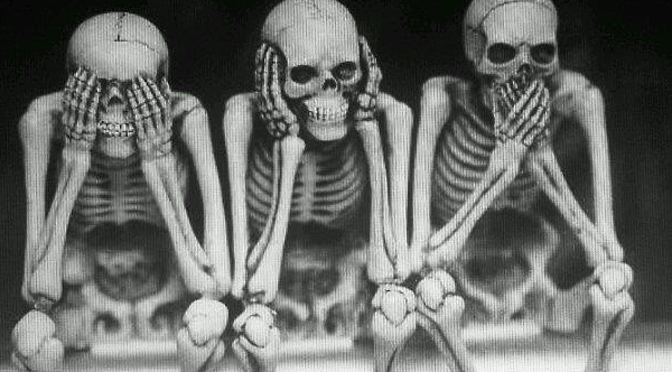 Only a short time ago, undercover videos from the Center for Medical Progress (CMP) horrified the American public because they revealed high ranking Planned Parenthood staffers callously joking over selling the body parts of the children they had dismembered through abortion.

In an interview with CMP, former StemExpress fetal procurement tech Holly O’Donnell gave a stomach turning description of how she was instructed to cut through the face of an intact unborn child whose heart was beating to harvest his brain tissue:

“And she has one of her instruments and she just taps the heart, and it starts beating. And I’m sitting here and I’m looking at this fetus, and its heart is beating, and I don’t know what to think,” O’Donnell says in the video.

She emotionally recalled saying to herself, “No, I don’t want to do this.”

But then, she did.

For many within the abortion industry — and sadly, those who circled like vultures to pick apart and profit off the carcasses of these aborted and now dead children — they easily rationalized their actions by claiming that the baby was dead anyway, so why not use his parts for “good.” The very idea that taking a human life and then parceling out the body parts for research could amount to any “good” shows just how far our society has tumbled into depravity.

What has become of our culture that allows a person with a conscience to so easily betray it?

Out of the 44 Nazi doctors tried after the war, Munch was the only one acquitted. He refuted the claim that the Nazis who participated in the murders of Jews were just “obeying orders.”

“Nothing was going to make me do it,” he said. “No one in the SS was forced to do anything against his will.”

Asked if he was fully aware of the gassing being carried out at the concentration camp, he replied, “Yes, I was. One was always aware of the smell of burning. Everyone for miles around knew about it.”

He noted that at times he could hear the death moans of the victims, which he described as “a sound like no other….Very soft.”

But those sounds are not nearly as soft as the fatal silence of those killed in America’s abortion facilities before they can utter a single cry.

In an interview with Live Action, former Planned Parenthood nurse Marianne Anderson described the gruesome images she witnessed in the “products of conception” or “POC” lab at her facility.

“Sometimes, I just couldn’t take it,” she said. “I’ll never forget [the abortionist] saying. Now, where’s your little arm? Oh, there you are! Now, where’s the head?”

Former abortion clinic worker Catherine Adair described the way she and other abortion workers were desensitized to view “products of conception,” referred to as “POC’s,” as something other than human beings:

“At the end of the day I had to count them all up…. And of course we would joke around and call the POC’s “pieces of children..”

“… And, of course, now I can see the horror of that but at the time, I could say that without even thinking of them as human beings. I thought it was funny that other people thought that we were killing children. That’s ridiculous – why would we be killing children? But, that’s how shut off my brain was.”

Adair goes on to describe cleaning up the abortion procedure room after second trimester abortions:

“And I look over at the table… and there was a jar. And, in the jar were arms and legs. And, I stood there and I looked at it…. And, then, I couldn’t process it – I thought I can’t being seeing this – it isn’t real. And, I just backed out of the room in shock…. I had this horrible sense that I had been lied to. I didn’t realize it before. I didn’t realize we had been talking about babies….”

In May of 2013, abortionist Kermit Gosnell was found guilty of murdering three babies born alive in his Philadelphia “House of Horrors” abortion clinic. Gosnell stabbed the infants, who were born alive during late-term abortions, in the back of the neck, “snipping” their spinal cords.

During his trial, Assistant District Attorney Joanne Pescatore said Gosnell’s “standard practice… was to slay babies,” and that his staff went along with the routine because they were nearly as desperate as the women. Employee Ashley Baldwin even testified that she witnessed an aborted baby “screeching” and said one baby was so big that Gosnell joked that “this baby is going to walk me home.” 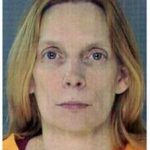 Abortion worker Lynda Williams testified that Gosnell taught her how to flip the body of the baby over and snip its neck with a pair of scissors to ensure “fetal demise.” Williams also testified that she followed Gosnell’s orders when Gosnell was away and took a baby that was delivered in a toilet and snipped its neck.

“It jumped, the arm,” USA Today reports her saying, demonstrating for the court jury by raising her arm. “I only do what I’m told to do,” Williams said. “What I was told to do was snip their neck.”

In an attempt to justify her actions, Williams added, “I never knew it was murder.”

Abortion worker Adrienne Moton also claimed she was just “doing whatever I was told” when she worked for Gosnell.

Other staffers also confessed to participating in the ghoulish acts simply because Gosnell told them to.

Although there were red flags about Gosnell’s ghoulish practices for many years, tragically, they were systematically ignored by the medical community, politicians, and state inspectors wanting to please the abortion lobby.

What these stories reveal is what history has already taught us: killing another human being begins when we allow ourselves to be desensitized to violence against other human beings. This is true of other inhumanities, and it’s true of abortion.

Writing in The Guardian, John Izard’s review of the book “Backing Hitler” draws a descriptive picture of how society stood complicit in the crimes of the Nazis:

They knew concentration camps were full of Jewish people who were stigmatized as sub-human and race-defilers. They knew that these, like other groups and minorities, were being killed out of hand.

They knew that Adolf Hitler had repeatedly forecast the extermination of every Jew on German soil. They knew these details because they had read about them. They knew because the camps and the measures which led up to them had been prominently and proudly reported step by step in thousands of officially-inspired German media articles and posters…

In his address, “National Sermons, Speeches, and Letters on Slavery and its war,” preacher Gilbert Haven painted a descriptive image of slavery as an evil approaching the shore and asked a stunning question which we should ask ourselves today with regard to the evil of abortion:

We are so familiar with the word Slavery that its real scope and character do not smite the eye with true horror. If this nation stood today, perfectly free from this iniquity, and could behold it approaching its shores, and demanding the sovereignty, we should rise up as one man against the hellish foe…. How horrible its sin, how horrible will be its punishment!

Today, the American taxpayer is forced to fund the nation’s largest abortion chain, Planned Parenthood, which has exterminated over 300,000 children annually for years.

Will history one day look at us and write about the fact that “we knew” the abortion industry was killing innocent children, yet we stood idly by and allowed our dollars to fund this evil instead of taking action by speaking up, writing legislators, or offering help to women seeking abortions?

It is up to us to be the conscience of the nation. If we do not, who will?